Stuttgart. Fifty years ago, in April 1971, Mercedes-Benz initiated a new chapter in the fascinating history of the SL sports car: the 350 SL was the brand’s first SL with a V8 engine and the first model in the R 107 model series to bear the “R” abbreviation for “roadster”. The completely new development, as an open two-seater with a fully retractable fabric top and removable hardtop, was a self-confident, sporty but luxurious vehicle and combined both performance and ride comfort perfectly. In the same year, Mercedes-Benz derived the four-seater luxury class coupés of the C 107 model series from the R 107 model series. 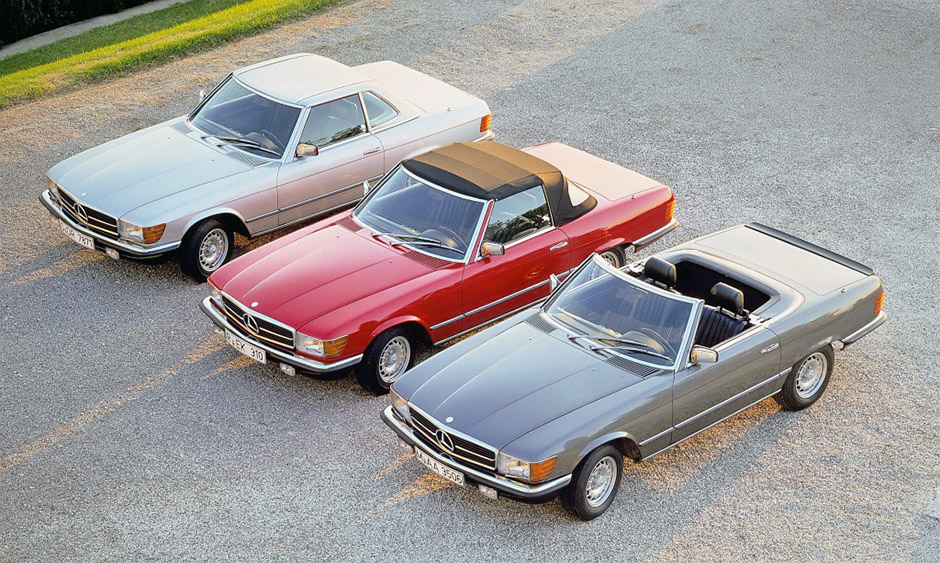 Elegant, durable and versatile, the 107 SL offered myriad combinations of engine and gearboxes over its 18 year production life. The top alternatives are illustrated here by 180 silver, 568 signal red and 172 anthracite SLs.

A model for success with 18 years of series production

The R 107 was produced from 1971 to 1989, during which time it was kept up to date with regular facelifts and new engines. With the exception of the G-Class, no other Mercedes-Benz has been produced for longer. Technically speaking, the Mercedes-Benz 350 SL launched 50 years ago had little to do with its direct predecessor, the W 113 “Pagoda” SL.

Instead, the designers forged much closer links to the brand’s current passenger car range of the time: the front and rear suspension systems, for example, were based on the “Stroke/8” models of the upper medium-size category. The 147 kW (200 hp) V8 engine with a displacement of 3,499 cc was a carry-over from the premium-class Mercedes-Benz 280 SE 3.5 of the W 111 model series (coupé and cabriolet) and the W 108/109 model series (saloon).

The technical innovations found in the open sports car included the enhanced safety body development with an independent frame-floor unit made of sheets of different thicknesses to provide defined crumple behavior, the fuel tank installed above the rear axle to protect it in the event of a collision, high-strength steels in the A-pillars and windscreen frame with its glued-in glass, as well as the interior with a new four-spoke safety steering wheel, padded surfaces and deformable elements as a contribution to passive safety. From March 1980, this SL was fitted with the ABS anti-lock brake system and, from January 1982, with a driver’s airbag and belt tensioners as a supplementary restraint system – these items were available as optional extras.

For the first time in the history of the SL, this meant that a model series was now available with a choice of three different engines.

In addition, the engineers upgraded numerous technical items, such as the transmission. Externally, the facelift was restricted to a few discreet improvements, among other things involving new bonnets made of light alloy and a front spoiler. The 500 SL was also fitted with the light-alloy boot lid with a black plastic rear spoiler from the SLC Coupé with the 5-litre V8 engine. 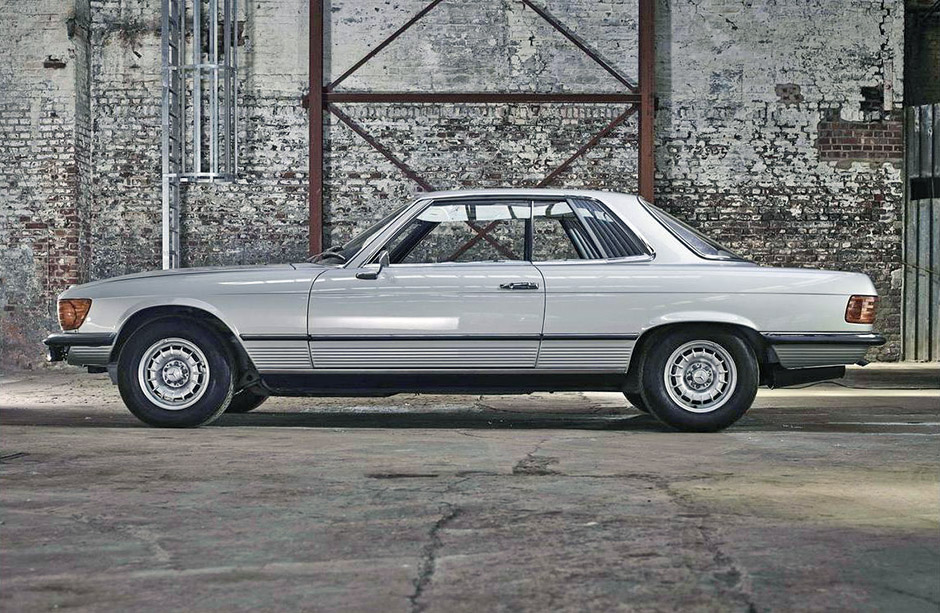 The R107 C, or SLC as we know it, comprised 62,888 units of the 237,287 R107s constructed and were available with every engine/transmission combination available in the SLs, with the exception of the 5.6 liter V8 and the 3.0 liter six. As is the case with all 107 series cars, the design is most harmonious when fitted with the tidy original non-5mph impact bumpers.

In 1985, Mercedes-Benz once again presented a completely revised model range for the R 107 model series. Besides slight changes to the exterior with 15-inch wheels and a uniform front spoiler for all the models as well as improved front suspension with zero scrub radius, the main focus was on an updated choice of engines.

A highlight for all the fans of the sports cars with the star was the 300 SL with a 3-litre six-cylinder engine – because this 138 kW (188 hp) sports car revived the model designation with which the SL story had begun in March 1952. The 420 SL (160 kW/218 hp) was a completely new addition, while the 500 SL (180 kW/245 hp) was given a redesigned engine with an electronic ignition system and the Bosch KE-Jetronic electronically controlled mechanical fuel injection system.

The top model of the R 107 series was the 560 SL with a spectacular 5.6-litre V8 engine, which, however, was reserved for export to North America, Japan and Australia. All the models were now offered with a closed-loop three-way catalytic converter.

Production of model series R 107 ended in August 1989, after more than 18 years. Over that period, the Sindelfingen plant had produced a total of 237,287 cars. Today, these open two-seaters are sought-after classics: the combination of luxury and sportiness still fascinates enthusiasts to this day. 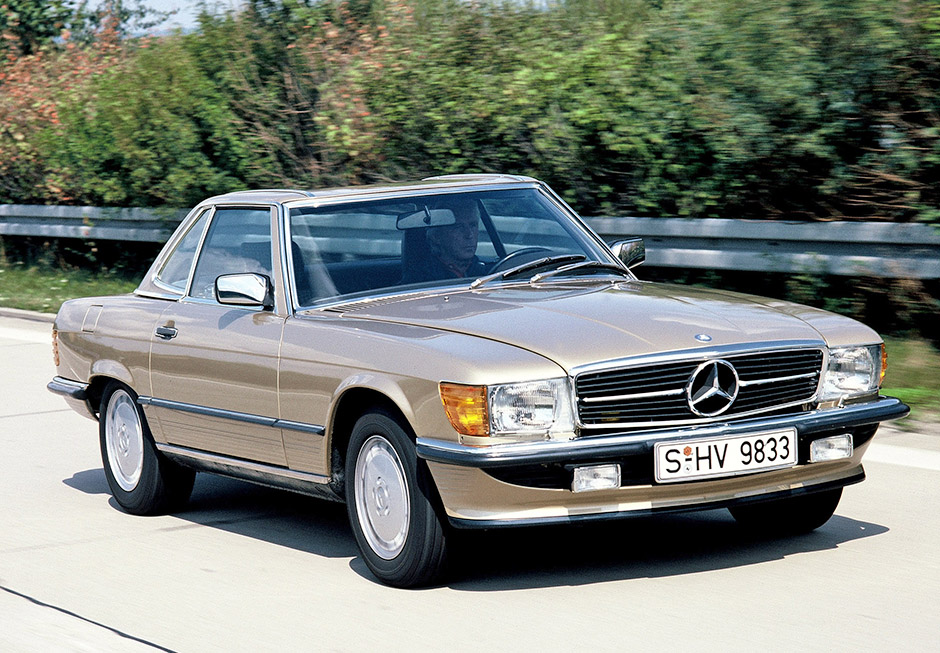