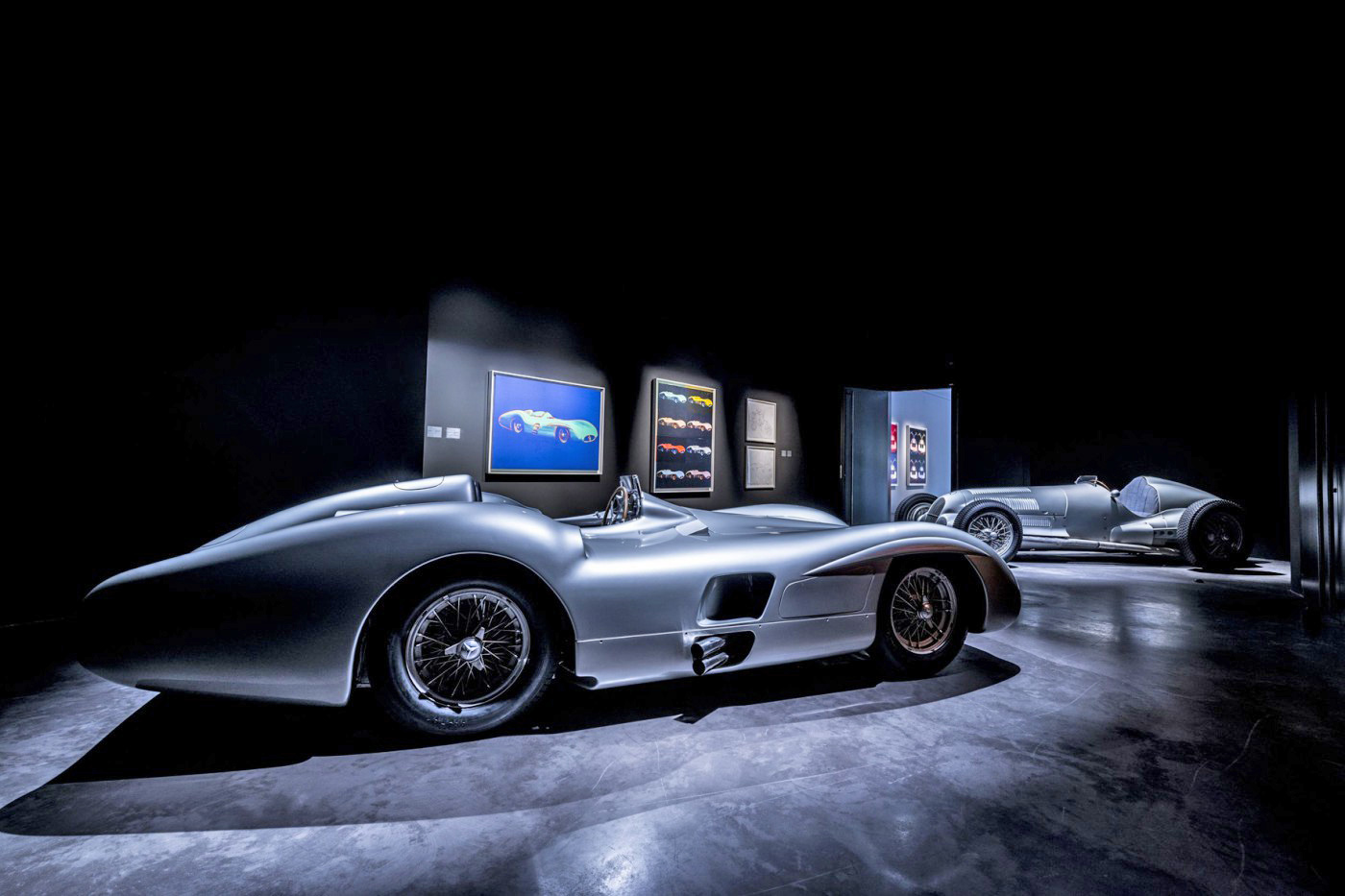 While Andy Warhol and Mercedes-Benz both operated factories in 1986, Warhol’s famous ‘Factory’ in New York served not only as his base for prolific creation but also as a hub frequented by writers, actors, drag queens and hangers on looking for their 15 minutes of fame. Reproducing cultural icons of the flesh such as Marilyn Monroe and Elizabeth Taylor and inanimate items such as the Campbell soup can – and an electric chair – catapulted him to become the king of Pop Art.

His brilliantly colorful silk screen works composed of rigid grids repeating a single image of his subject became a signature technique adored worldwide. Not everyone was impressed: on June 3, 1968 the radical feminist Valerie Solanas shot Warhol during a visit to his studio. Grievously injured, Warhol survived and was still a dominant figure of the Pop Art community when Mercedes-Benz came calling in 1986. 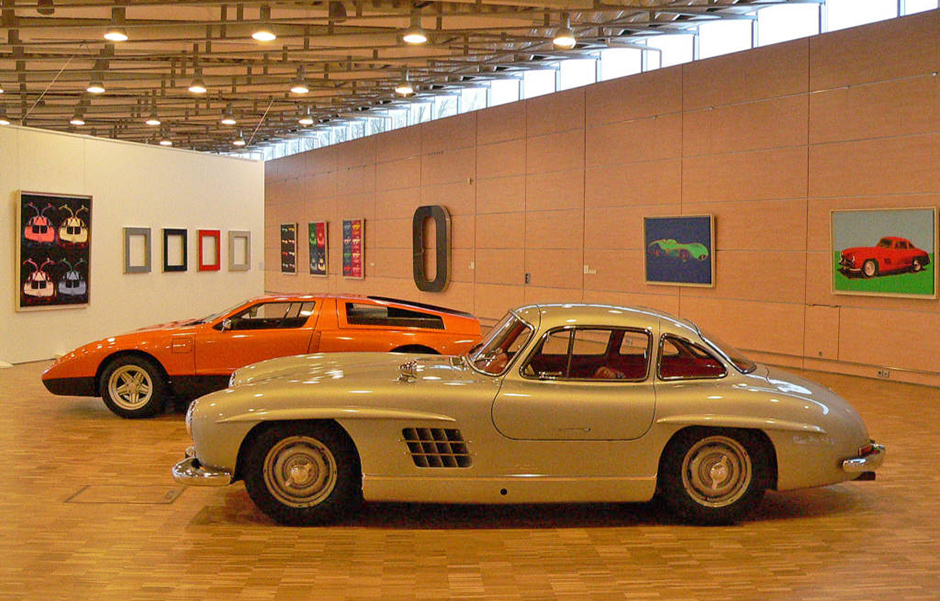 It is not well known that Mercedes-Benz has been acquiring art over the years as well as commissioning work from established artists. The Daimler Art Collection was formally established in 1977 and the catalog was impressive. It could be argued that the pieces commissioned from Andy Warhol in 1986 to celebrate 100 years of the automobile – a contraption Mercedes-Benz contends they created – were the most valuable pieces at that time and today.

The plan was for Warhol to create 80 pictures in his signature technique. The collection was to be called Cars but it all went went awry when the perpetually frail Warhol died on February 22, 1987. He was 58. Only 35 pictures and 12 drawings were completed. 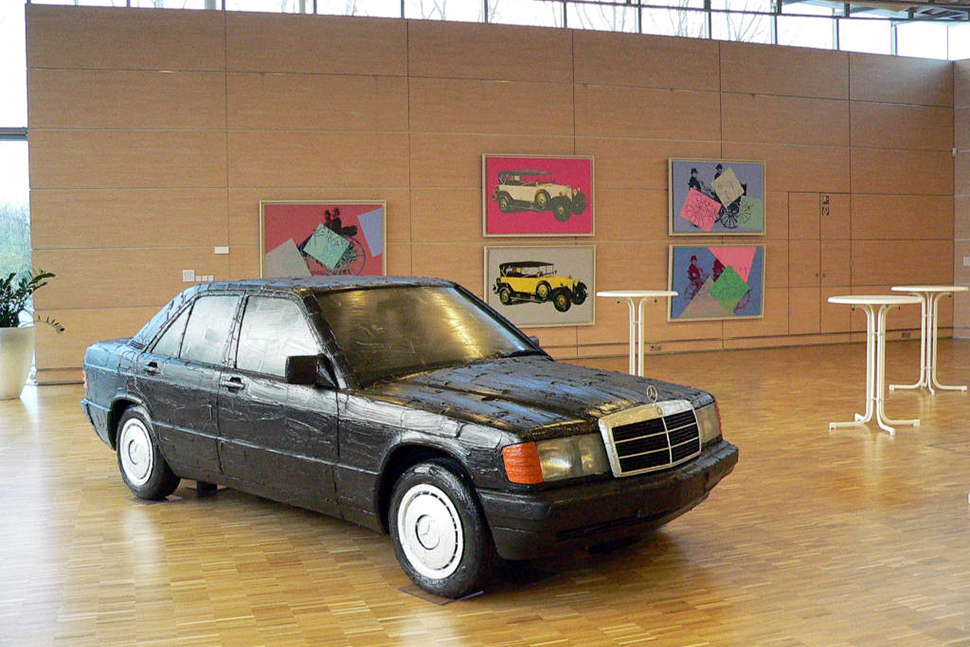 Despite the commission not being completed in its entirety, the pieces finished were and are nevertheless extraordinary. And spectacularly valuable. In November 2013, The Daimler Art Collection ‘de-accessioned’ – a dirty word in the art gallery world today – the monumental piece featuring 12 prints of the 1955 W196 F1 Streamliner to raise funds for future acquisitions. Measuring 13’x15′ this rather dark piece was sold by Christie’s for $13,045,000 including buyer’s premium.

Daimler’s Art Collection comprises over 3,000 works by over 650 international artists. The collection is located at Corporate Art Department Epplestraße 225 70567 Stuttgart-Möhringen. Might be worth a side visit if you visit the Museum. 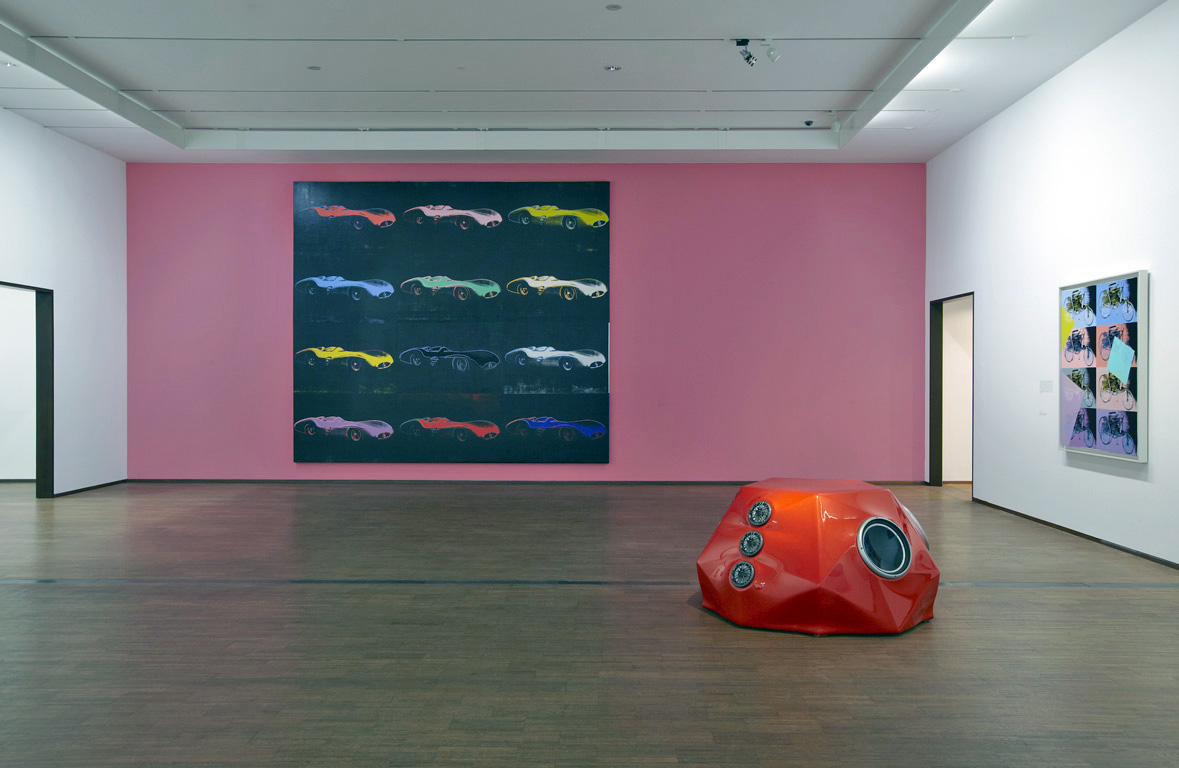