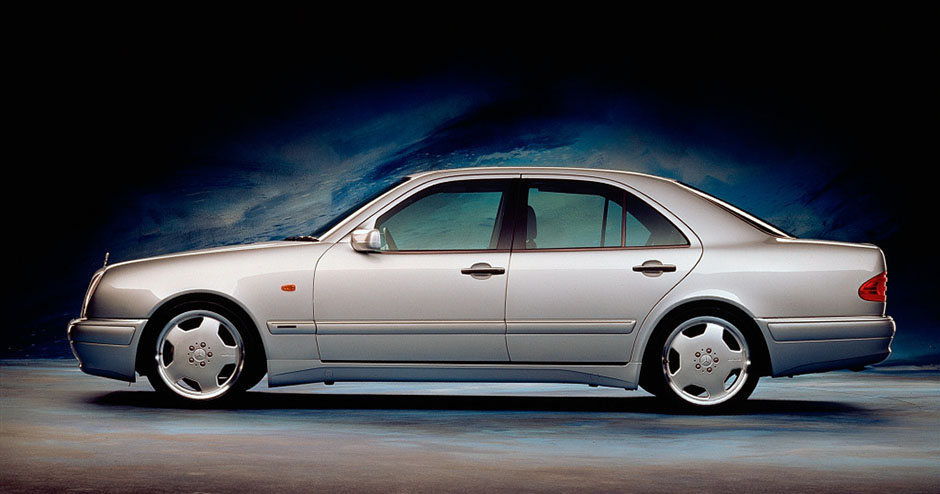 347HP E50 Debuts in Frankfurt
Building on the E500 Legacy

After receiving a 16k mile 1993 500E from a client last week to carefully prepare and sell, I find I have V8 E-Class models on my mind at the moment. And early, low production, models at that. The extraordinary Porsche-Mercedes collaboration that resulted in the 500E resting outside my office door established the core recipe – a muscular V8 resting in a precisely upgraded mid-size E series platform – for what has become a particularly exciting group of cars over the ensuing 30 years.

Quite an affordable and usable young classic MB I’d say. As usual, try to find a cossetted example with meaningful service history if you’d like to own one. 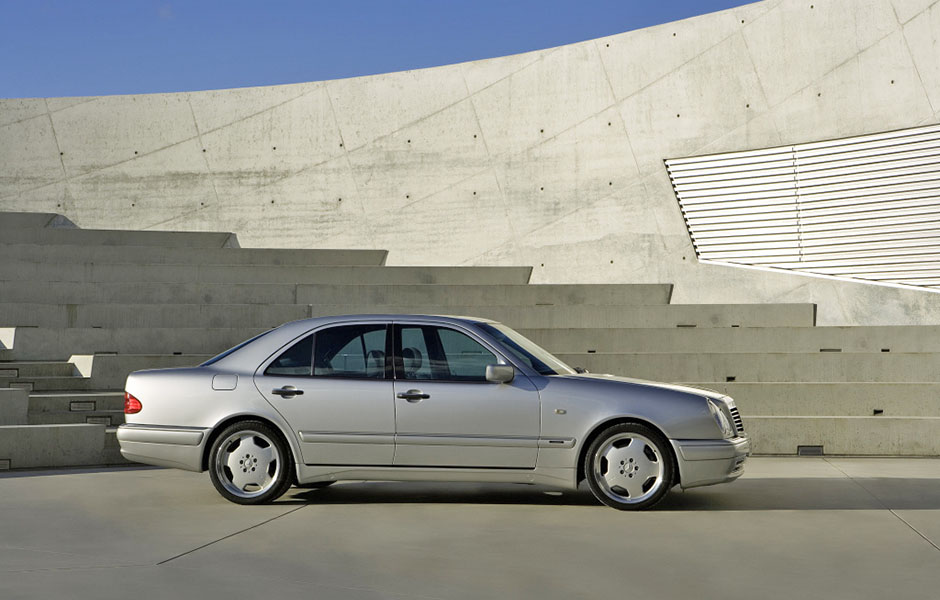 Introduced at the Frankfurt International Auto Show in September 1995 alongside the new 210 series E-Class models, the E50 continued where the 124 series 500E/E500 left off. Production for this limited production European distribution only hot rod moved closer to home to the then Mercedes-Benz subsidiary AMG’s burgeoning Affalterbach facility.

Like the 5 liter 124s, the E50 is filled with bits from its up market brothers – drive train and brakes from the SL500 and twin exhaust sourced from the 14o series sedans. Visually, deeper front and rear valances and cleanly flared and deepened rocker panels hinted at a more aggressive specification nestled under the hood. The now iconic AMG Mono-Block alloys completed the ‘look’.

Inside, unusual two-tone leather schemes combined with rich Birdseye maple wood trim distinguished this model from its more pedestrian 210 counterparts. With 347 HP on hand and grip and brake capacity to allow its full use, the E50 was a quick, competent and comfortable mid-size sedan. An electronically limited 155 MPH was possible when combined with enough courage and roadway. 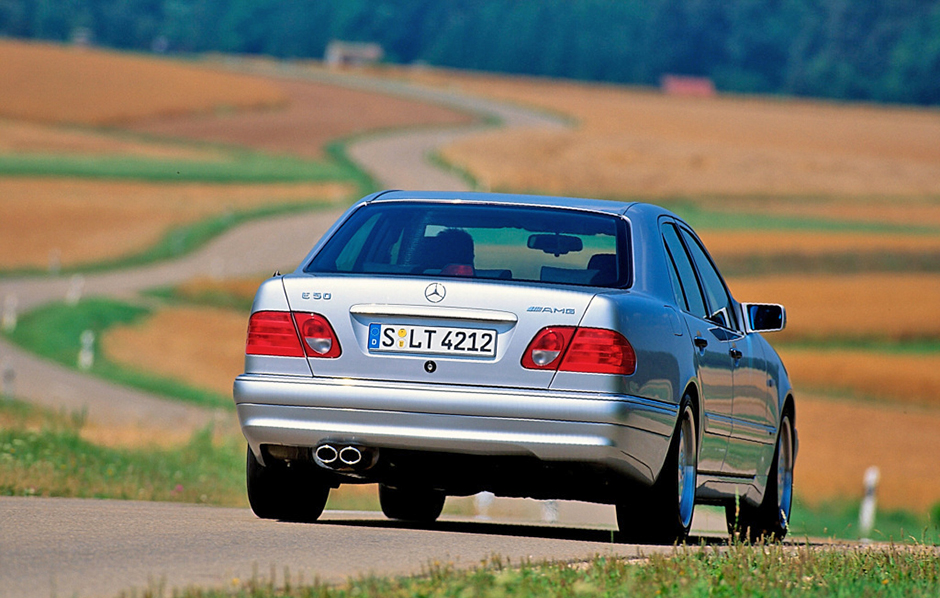 A rare European model E50 in its element briskly navigating undulating and twisty terrain with aplomb.

Prelude to the E55

We North Americans would be deprived of owning this beautifully balanced machine; about 2,960 examples were constructed exclusively for European consumption. We had to wait until 1997 for the fully US certified 354 HP – the extra 7 HP derived from a half liter increased displacement – E55 to arrive. While not without its foibles, low mileage E55s can exceed $20k today.

In fact, just last month I sold a 69k mile example finished in Alabaster White with the lively combination of Alabaster White/Anthracite-Ruby two tone leather for just over $20k. Quite an affordable and usable young classic MB I’d say. As usual, try to find a cossetted example with meaningful service history if you’d like to own one.