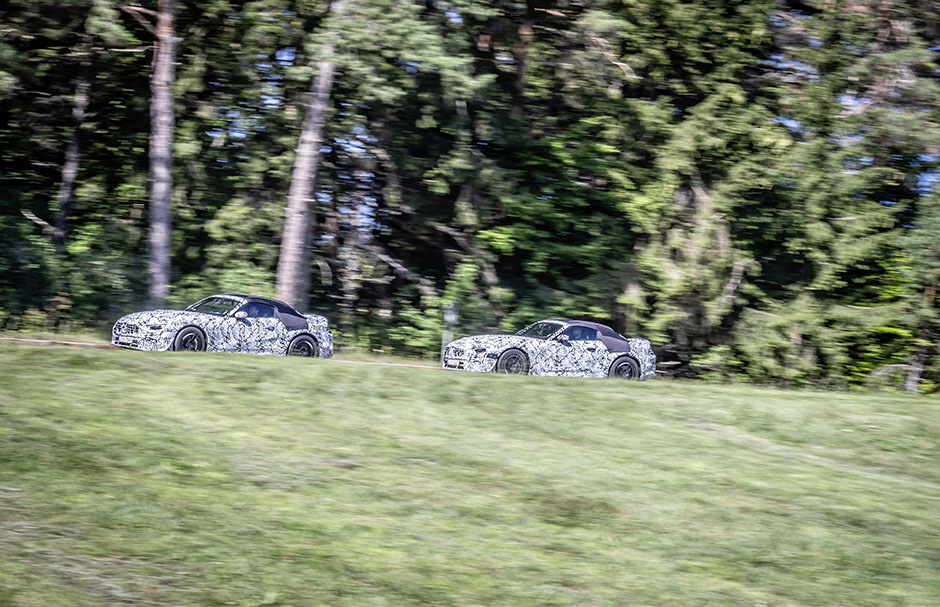 2021 SLs Spied in Germany
Returning to the SL’s Roots

Up to now, the only evidence of the next generation SL has been deceptive test hacks fitted with shortened S-Class coupe coachwork absent of any camouflage circulating the Nurburgring. Daimler media has just ‘leaked’ a number of images of pre-production test hacks that reveal the scale and general profile of the car. And provided quite some data as well.

Mercedes has had to concede that the market for the SL – and its other open cars – has been in decline for some years. To create a more solid position for the SL within MB’s expansive model lineup, the coupes/convertibles for both the S-Class and E-Class will soon  disappear. This scenario may place the current S63 coupes and cabriolets in a position to be somewhat collectible in the not so distant future.

The new SL will be based on the next generation AMG GT and as such will likely be a far more dynamic SL than the outgoing cars. And the 2021 SL will be a true roadster with a compact disappearing soft top but will suffer no loss of structural rigidity thanks to the car’s all-new aluminum structure.

As the spy shots reveal, the new car will be more compact than the 2020 models and be strictly a two seater. In addition to over the road testing the new SL is sharing track testing with the stunning Project ONE hypercar at AMG’s Technology Center in Immendingen. 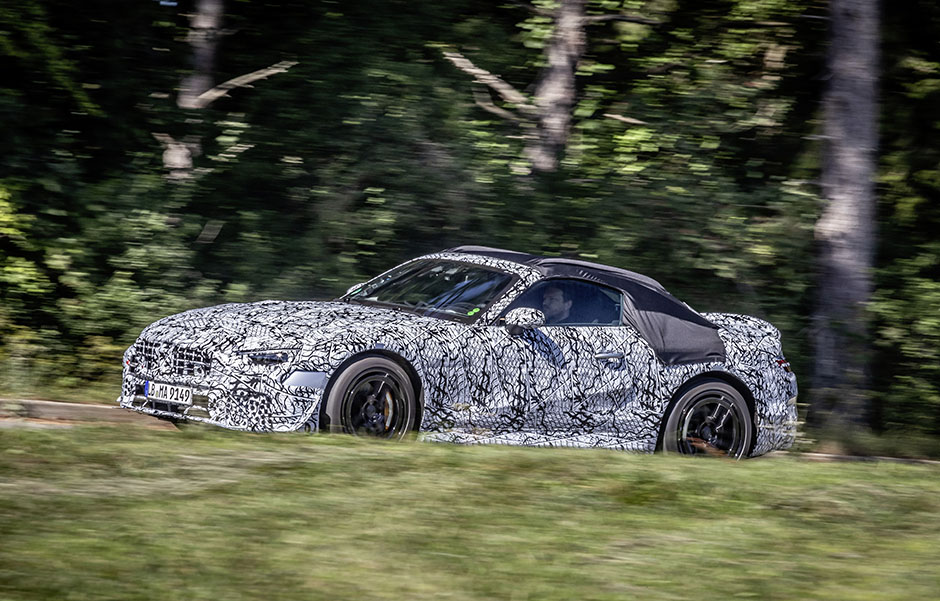 Well, the camo here is quite successful disguising the car. However, it’s apparent the car is more compact and embodies a softer more organic shape than the soon-to-be out of production current models. The taught soft top profile is evident.

Tobias Moers summed up the expectation heaped on the new SL noting to CAR Magazine, ‘It’s kind of a burden to be responsible for the SL, but we had to make sure this iconic car had a bright future.’ Indeed they seem to have created a worthy new SL. 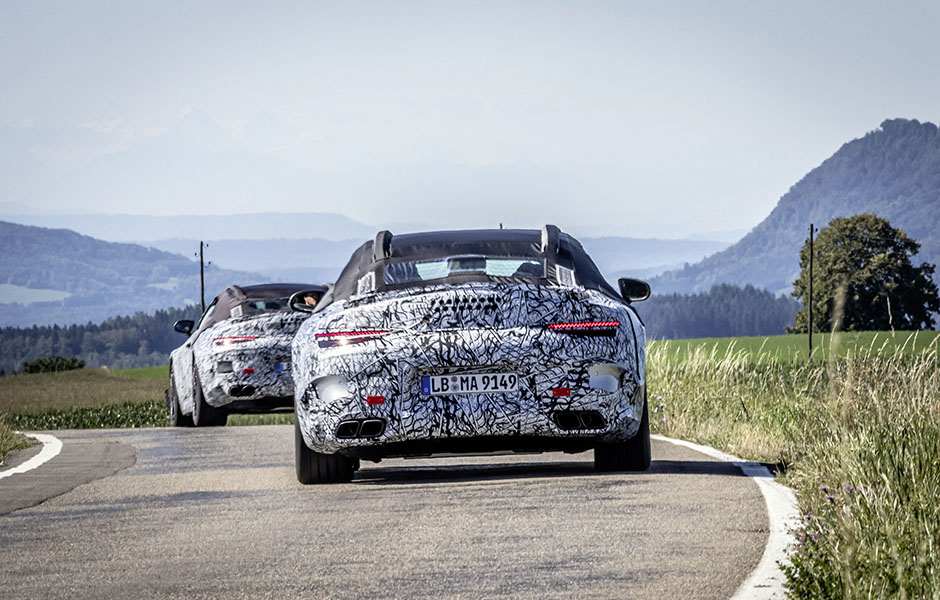 There is a certain Porsche-esque fullness to the tail of the cars in these shots. Will the exhaust outlets be circular like the leading car or roughly rectangular like the second car?