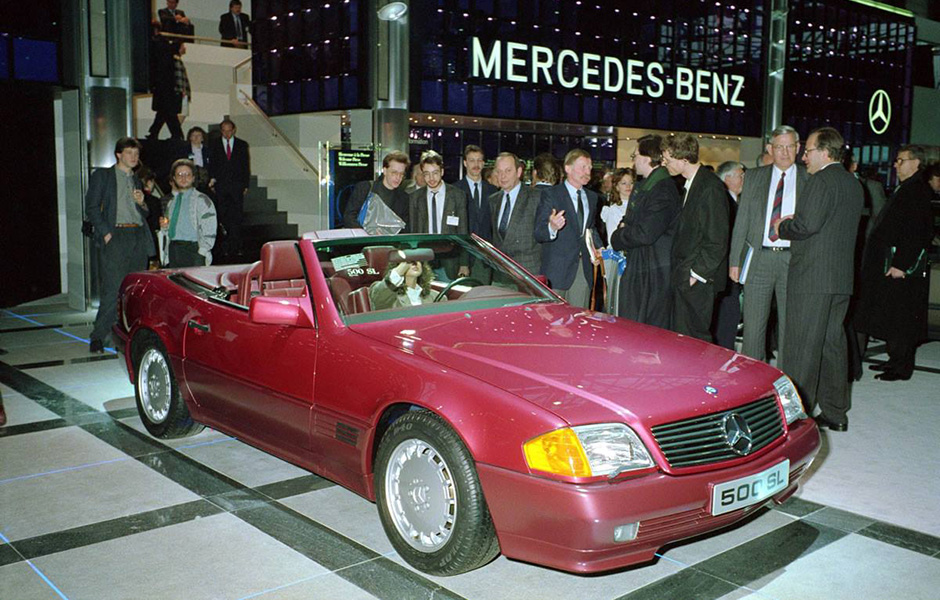 The 129 series turns 25 this year, having debuted at the Geneva Salon in March 1989. Rather long in the tooth by the late ’80s, our beloved 560SL was about to be upstaged by a technical marvel that corrected all that had been amiss with the final edition of the 107 series.

Looking back, one can argue that the SL that debuted in Geneva twenty-five years ago began the technical arms race within the motoring industry that rages today. The sophisticated and complicated 129 showed the way.

The technical specification was stunning. Underneath the hood of the muscular and slick coachwork of the all new 1990 500SL rested a 5.0 liter 4-cam V8 producing an amazing 322hp. While the new, lighter, hard top still had to be removed by hand, soft top actuation was entirely automatic and the hardtop was released and secured automatically. There was an automatic roll bar, magnesium framed seats with integrated seat belts, a tilt and telescoping steering wheel, power seats and a damn long wait to actually own one if you hadn’t dropped a deposit by your local Mercedes-Benz dealership in 1989.

Silky smooth and seriously quick, the new R129 SL series signaled Stuttgart’s cost-no-object dash up market and essentially created a segment that it occupied alone, with no peers in sight for some years. US dealers shamelessly demanded $85,080 for a base 1990 500SL, a jaw dropping 32% premium over the positively archaic 1989 560SL it replaced. Mercedes’ calculation of price versus value proved correct and the new SLs found hordes of willing buyers around the globe. A new design ethos was established and one had to look carefully for traces of exterior brightwork; the brightwork had become anodized “darkwork.” 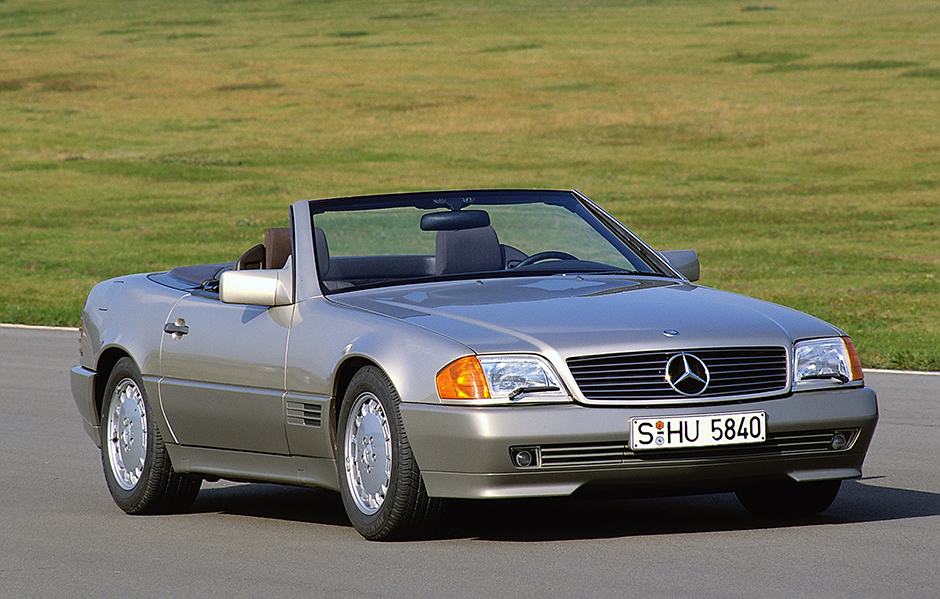 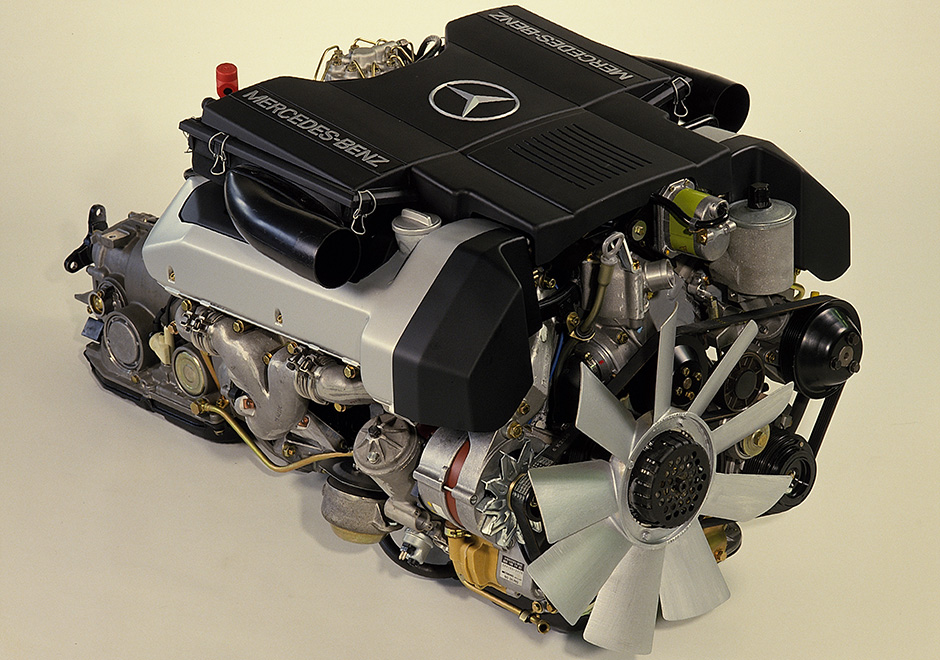 With barely any chrome in sight, a 322 HP 4-cam V8 under the hood and unmatched technical sophistication, 1990’s 500SL was a world beater. Mercedes shrank the coachwork tightly around the underlying mechanical systems. Contrasting matte finished lower side cladding drew criticism, particularly on certain colored cars.

There were six cylinder editions and, for those demanding serious power and who were willing to part with about $120,000, a 389 HP V12 that arrived in 1993. Still, there were no peers. Titans of industry reveled at the hydro-pneumatically suspended V12’s silent and effortless grace while maneuvering around the less fortunate masses. Prices went up and the nomenclature was reversed. 500SL became SL500 in 1994. Ditto the sixes and twelves. Mercedes-Benz presented a new SL500 to Princess Dianna.

Complaints about the contrasting, matte finished side cladding were addressed with 1996’s slight facelift and the 1996’s vaguely effeminate styling was addressed in 1997 with the introduction of the attractive Sport edition. Fat wheels/tires, deeper rockers and fuller front and rear valences gave the Sport models some attitude but the technical specs remained the same. Europe received the first SL massaged in-house by AMG, the 350 hp SL60. And the prices went down as MB learned that there is in fact a limit to what clients will pay for a four-wheeled personal adornment.

Sales began to taper as the chunky design contrasted with an emerging return to curves. AMG created the almighty 525 HP 1999 SL73 for a select few Europeans and Top Gear’s Jeremy Clarkson derided its feeble brakes and excessive girth. With total production closing in on a global total of 204,946 units, Mercedes produced the limited production 2002 Silver Arrows to commemorate the range and a classic 129 emerged, the 2002 SL600 Silver Arrow. 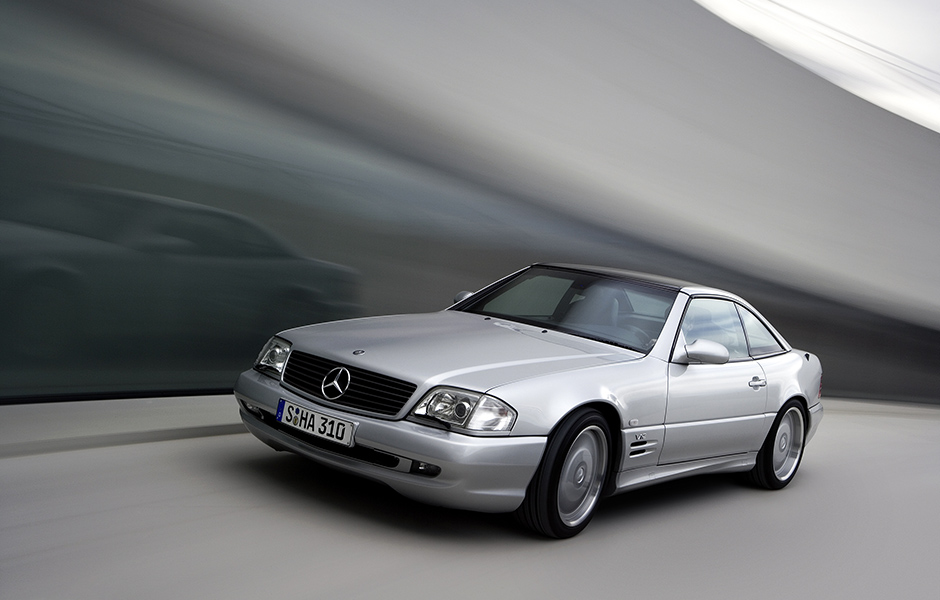 AMG tweaked SL73 was available outside the United States. Top Gear’s Clarkson was not impressed. Only 85 were constructed.

However, 25 years later the chrome laden, technically inferior 560SL seems to be enjoying the last laugh. Its values are generally out pacing that of similar condition 129s. Complication and its attendant potential costs along with bland styling have been holding the technically superior 129s back.

This price contradiction may not last and the downward trend with 129 values is ripe for a reversal. If you want one, be disciplined and source a well serviced, low mileage example. Any year will do but the post 1996 models with the revised 24 valve engines, cleaner cosmetics and handsome Sport equipment are great values and suitable as day-to-day drivers. Maybe the 129’s day as a collectible is still to come. 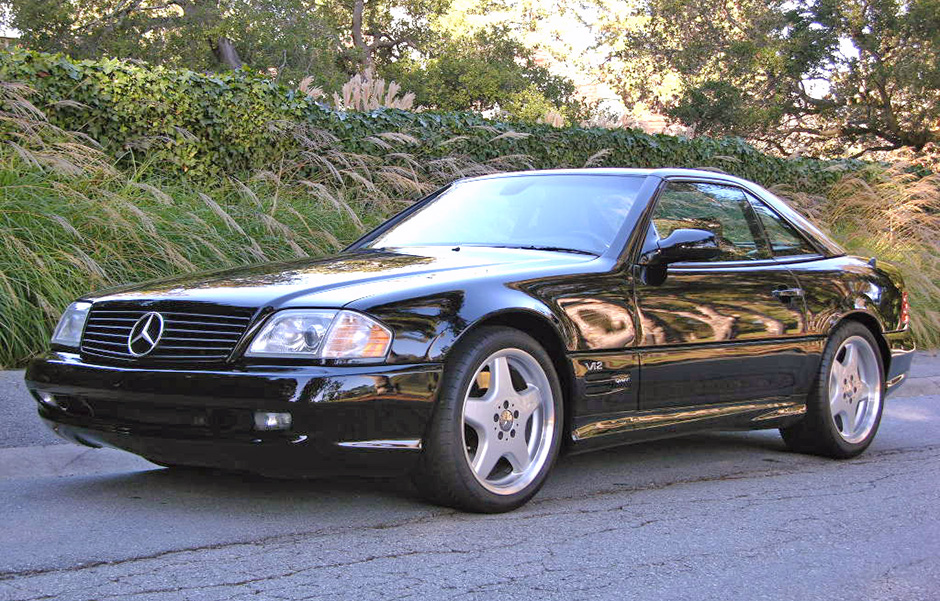 Gaining an attitude: Sport package offered a larger wheel/tire combination and aggressive nose, rocker and tail treatment. The early 5 liter’s output of 322 HP shrank to 315 HP. And when the more efficient 3-valve cylinder head technology was introduced in 1997, power fell to 302 HP. This is a 2000 SL600 fitted with the 5.9 liter 389 HP V12 and demonstrates the ‘Sport’ style front valence, rocker extensions and staggered wheels. Lovely car.