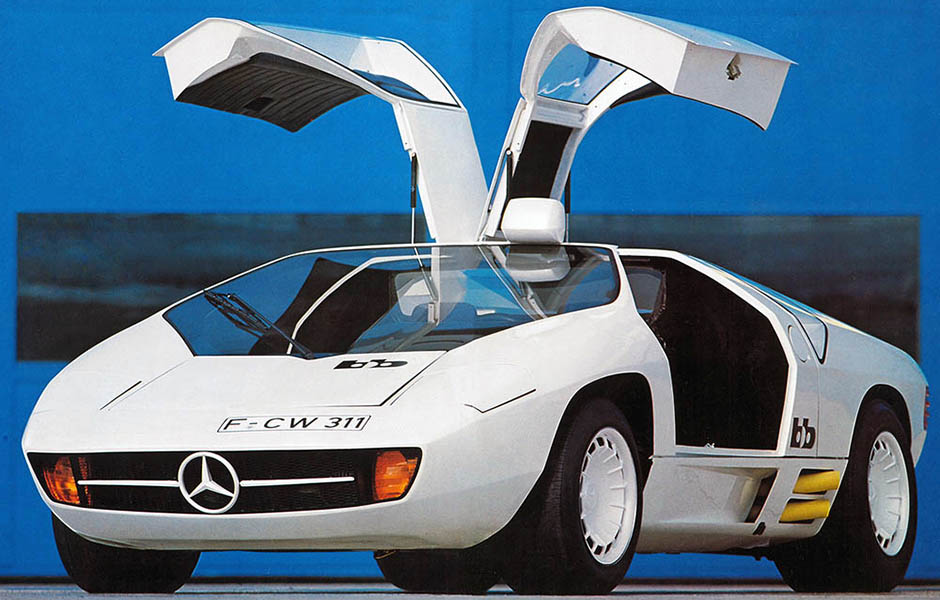 With a pair of gaudy upswept pipes protruding from the coachwork and an abundance of vents and slats,  Eberhard Schulz’ BB C113 is hard to overlook. It’s all quite dramatic and performance was on a par with period Lamborghini Countachs.

It’s entirely understandable if you’ve never heard of the BB C113 and its very low production derivative, the Isdera Imperator 108i. The result of a short collaboration in the mid-eighties between Mercedes-Benz and the design house BB headed by Eberhard Schulz, the mid-engined BB C113 was reminiscent of the Mercedes’ Wankel based C111s.

Schultz was a former design engineer with Mercedes-Benz and received support and funding for his futuristic design. Unlike the C111’s Wankel powerplant, Schulz’s concept featured an MB M117 5.0 liter SOHC V8 amidships utilizing a ZF 5-speed transaxle. The dramatic slab sided Gullwing proudly showing MB’s grille star created some media buzz circa 1984 and ended up in some magazines. Production was not in the cards within Mercedes and Schulz embarked on a short run of derivatives called the Isdera Imperator 108i.

Dramatic from every angle, this early BB113 was a show stopper with released. I have a feeling Mercedes-Benz corporate will have something to say about that grille star.

The bold design incorporated fiberglass coachwork fitted to a tubular steel space frame. Various MB based engines were used and later models featured 6.0 liter alloy V8s fitted with four-valve heads. Performance was impressive and an example tested in 1987 at Volkswagen’s Ehra-Leissen test track returned a top speed of 176 mph and sprinted to 100 mph in 10.8 seconds.

Production hobbled along and approximately 30 units – a few of which were constructed as spyders – were sold through 1993 when Schulz gave up his quest to compete against Ferrari and Lamborghini. Sightings are rare and each car is rather unique as the design and technical specification evolved over the years. 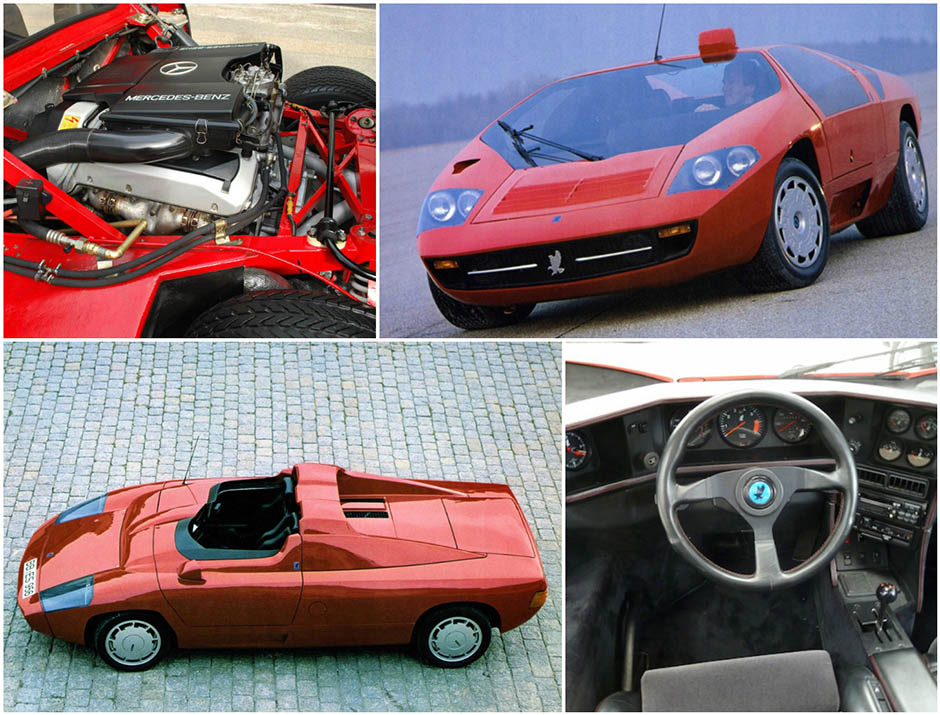 The grille badge tells us this is an Isdera and certain angles reveal the Imperator 108i’s strong resemblance to the Wankel engined C111s. Note the periscope rear view mirror and enormous front and rear tires. A few spyders were constructed as well and the result was a more harmonious shape. Power output grew from a paltry 240 HP to just over 400 HP during the decade of production. Engine shown is a 5 liter 4-cam unit from the early ’90s. Lovely cars.