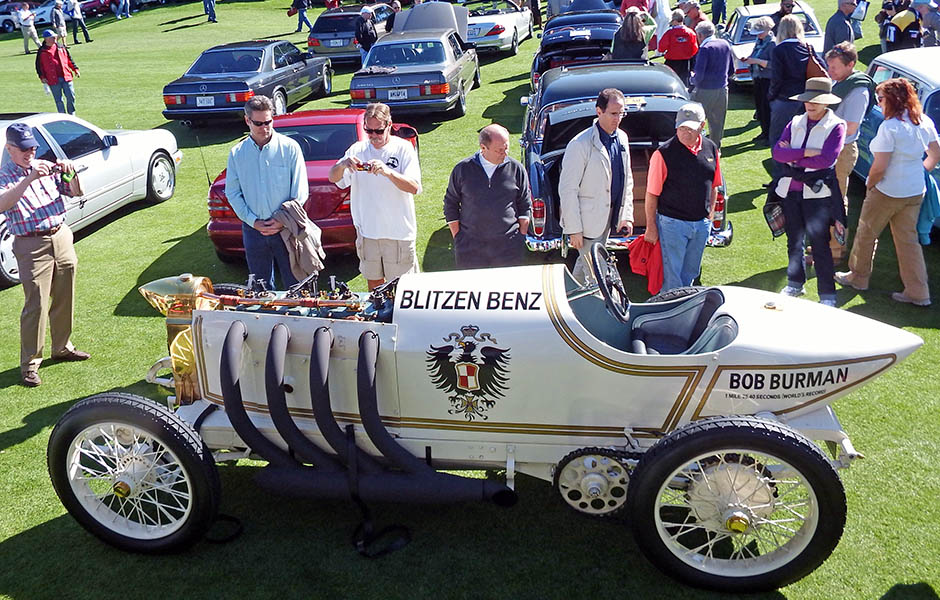 The 19th Amelia Island Concours d’Elegance on March 7-9 was an off-the-charts success. This prestigious event drew a record crowd of over 29,000 attendees for 2014. After attending Amelia for 12 years, this year’s display of over 330 cars and motorcycles from around the world still overwhelmed us. Event Founder and Chairman Bill Warner planned 40 amazing and diverse classes. The Cars of Honoree ,Jochen Mass, included the Sauber Mercedes C9 from the Mercedes-Benz Classic Center in Irvine, CA. Jochen Mass, Manuel Reuter, and Stanley Dickens drove this Silver Arrow to win the 1989 24 Hours of Le Mans.

An outstanding array of Mercedes-Benz cars was displayed in 2 classes: 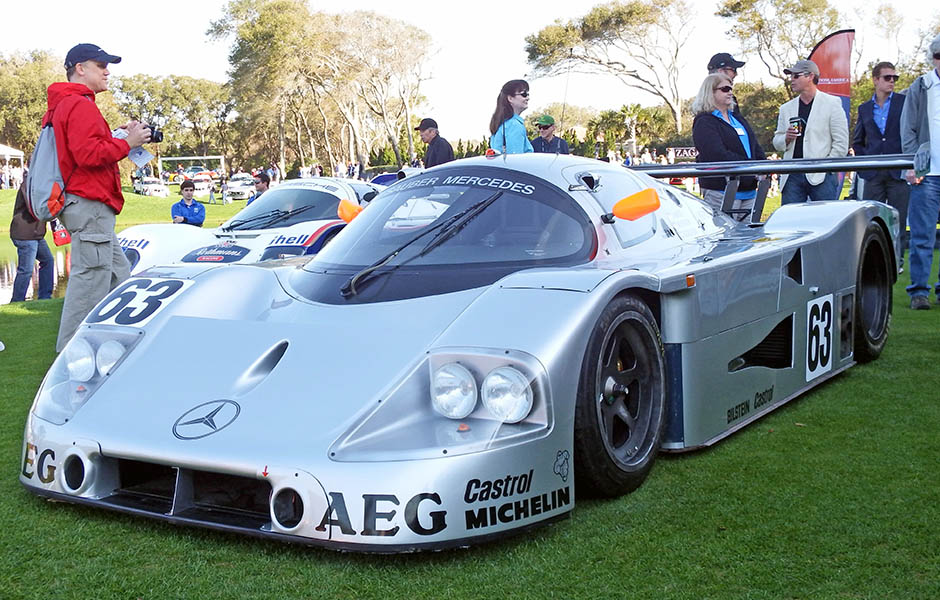 In its second year, Saturday’s Amelia Island Cars and Coffee event had over 200 participants. Mercedes-Benz owners came in force, with their cars displayed with a backdrop of a Blitzen Benz and the Mercedes-Benz factory exhibit. A 1914 Mercedes Grand Prix Race Car was in the factory exhibit. On the field we saw the 1999 Mercedes-Benz E55 AMG owned by Bob Ross. This was ordered in June 1996 and delivered 3 years later due to certification delays. This was one of the first E55 AMGs in the US to be delivered to a private party, and has only exchanged hands with his son John Ross.

The Amelia Concours is one of the finest shows in North America, with hundreds of exquisite cars and thousands of automotive enthusiasts. We will be back next year.