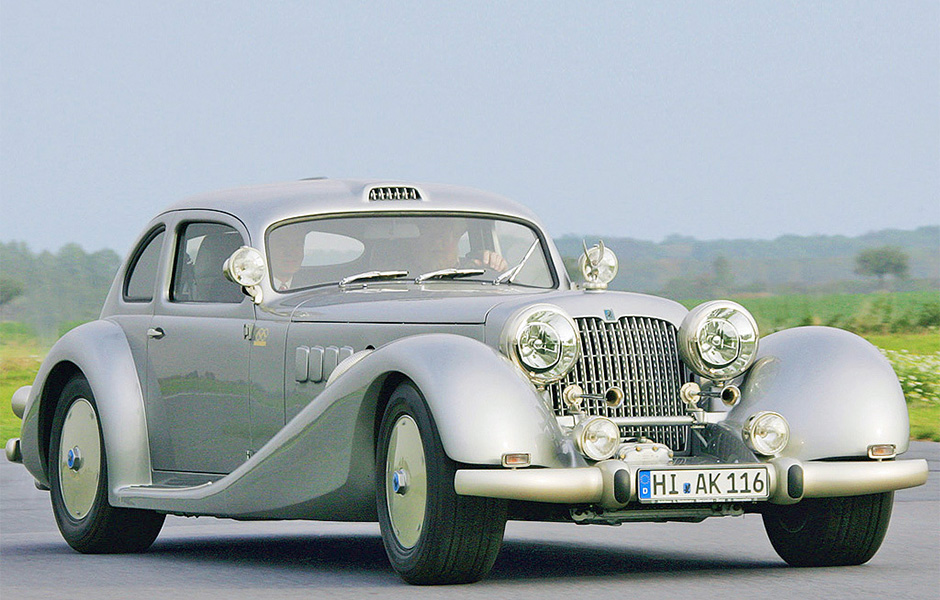 We covered Eberhard Schulz’s dramatic mid-engine creations in our last newsletter (BB C311 – Lost Supercar) and while researching that piece we learned about another creation, albeit a car, er…behemoth, that was built a full 13 years after the BB C311’s paltry production ceased.

Schulz confessed in 2006 that he longed to build a sixteen cylinder automobile and rather than creating another supercar, he turned to his vintage Mercedes-Benz sensibilities for inspiration. To Schulz, the deliciously aerodynamic one-off 1937 540K Autobahn Kurier was THE most gorgeous pre-war Mercedes-Benz. We certainly cannot disagree.

“Classic cars are nice to look at, but cruel to use, laments Schulz.”

His modern interpretation of the slick 540K had to have 16 cylinders under the hood but developing a proprietary unit was simply not financially feasible. Schulz looked to the engines that powered early editions of his dramatic BB supercars: MB’s alloy 5 liter SOHC M117 engine. Make that two of them. Nose to nose. Schulz’s concept has the engines operate independently, with the front unit driving the front wheels and the rear unit driving the rear wheels. 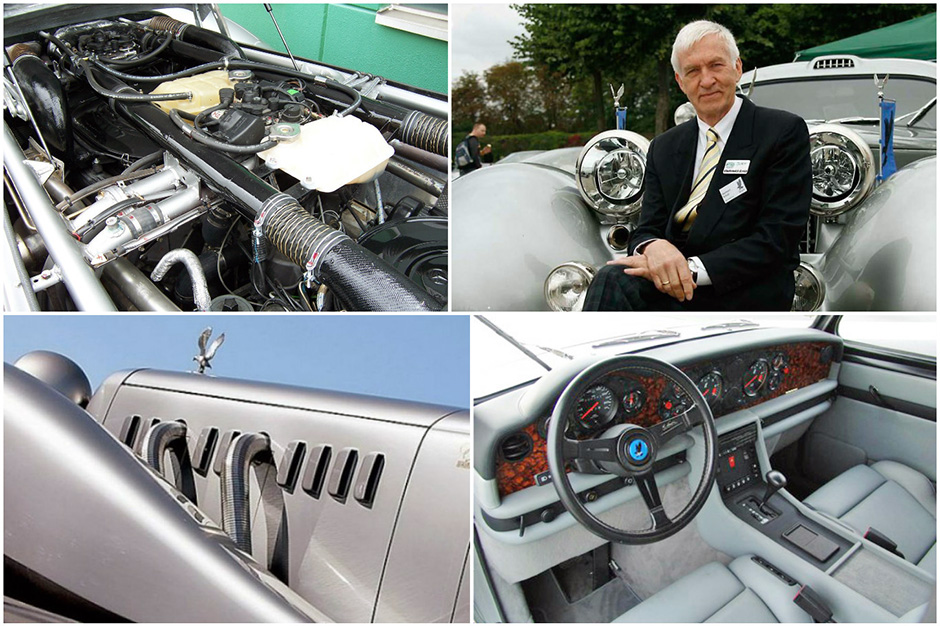 A spark plug change on the zany 116i looks to be a major undertaking. Interior is sumptuous and provides modern day comfort and luxury. A glimpse of the car on the road would be an experience not soon forgotten. Creator Eberhard Schulz’s design creativity cannot be denied!

It seems there is a massive tubular space frame that ties all the mechanicals together and Schulz let his imagination run wild as he penned the coachwork and all the cosmetic appendages. His attention to detail is captivating and the overall look, while somewhat enlarged and flirting with automotive caricature, captures the grandeur of the pre-war aero specials. It’s a close-coupled cruiser and is fitted with full leather, power heated seats, AC, automatic gearbox(s) and a marble dashboard(!). The massive tail fin would be the envy of any Spinosaurus.

An undoubtedly a shocking vision on the road, the 500 hp 116i would be the ideal car to troll around the Monterey Peninsula in August. With only one constructed, there would be no worries about seeing a duplicate coming in the opposite direction. Securing a prime parking spot on Ocean avenue for some posing would be problematic, however. What a fabulous concoction of automotive whimsy! 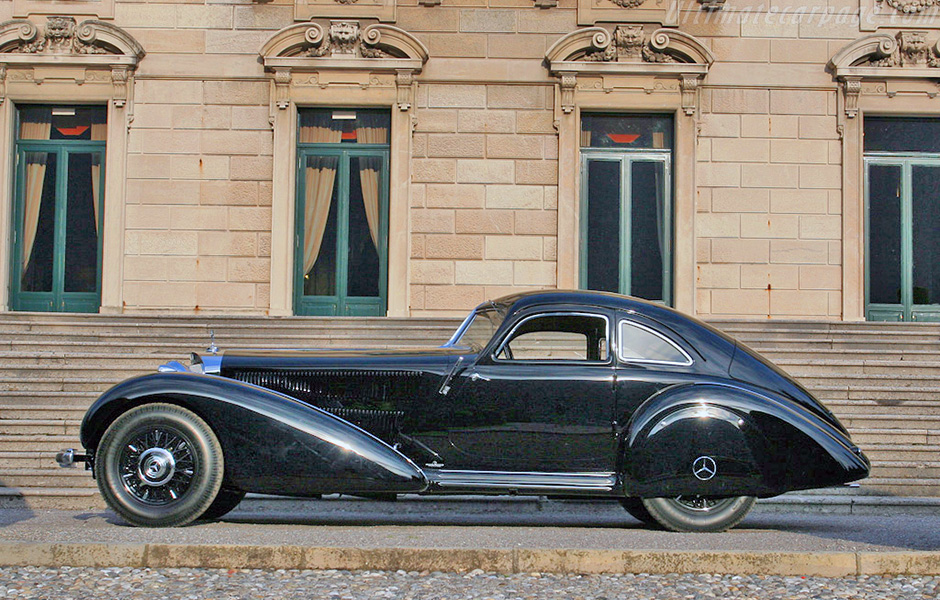 Schulz’s inspiration for the 116i? It was the faultless shape of the original 1937 Mercedes-Benz 540K Autohahn Kurier.