Back in the early ’80s one of my older brothers owned a spotless 1976 300D finished in eye popping 568 signal red with parchment MB tex. Despite quirky issues such as a leaking vacuum pump that threatened to fill the entire pneumatic door lock system with engine oil he coveted the car. However, because he (and the rest of us) were raised close to the world of automobile racing he felt the pleasantly boxy 300 was screaming to be lowered.

Once fitted with a set of short springs, new shocks and slightly wider tires, the car gained the stance my brother wanted. And it handled quite well indeed. He relished chasing far more sophisticated machinery around the twisty bits of road in our area.

His ability to harass poorly driven BMWs and the like was down as well to his vast experience as a road racer. Lap records in his production class at both Sears Point and Laguna Seca during that era confirmed his driving skills. Most street drivers were easy pickings, regardless of what they were driving.

I’m convinced he must have been one of the first Stroke 8 owners on the planet to “slam” their cars. He wasn’t interested in being a poseur, but was after more grip from the underpowered sedan. Contrary to today’s low and slow ethos his attitude was low and quick. Well, it seems he was decades ahead of a current trend of slamming Stroke 8s. 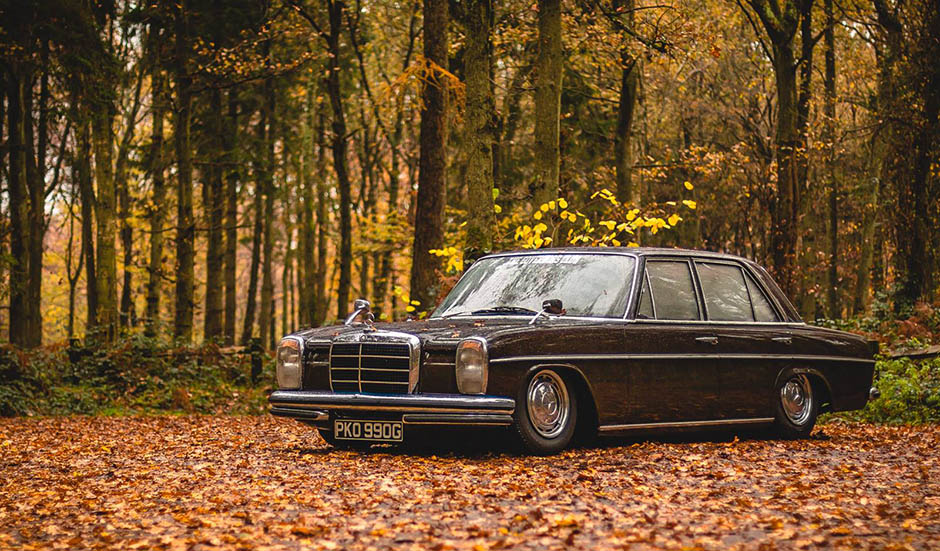 Fall is in the air: This slammed tobacco brown sedan still sits on its correct MB wheels fitted with unpainted covers. Dig the fender mounted mirrors.

Am I entirely out of touch with what’s cool today or have the 114/115 series coupes just recently been discovered by the low and slow crowd? After seeing the wire-wheeled 115 sedan pictured posing behind two fully leathered and sequined SEMA tarts, I had to see what was going on. It seems there is plenty of interest bagging and slamming our beloved stroke 8s. I love the movement and and am eyeballing the three of my spotless and original 114/115s sitting in the warehouse… 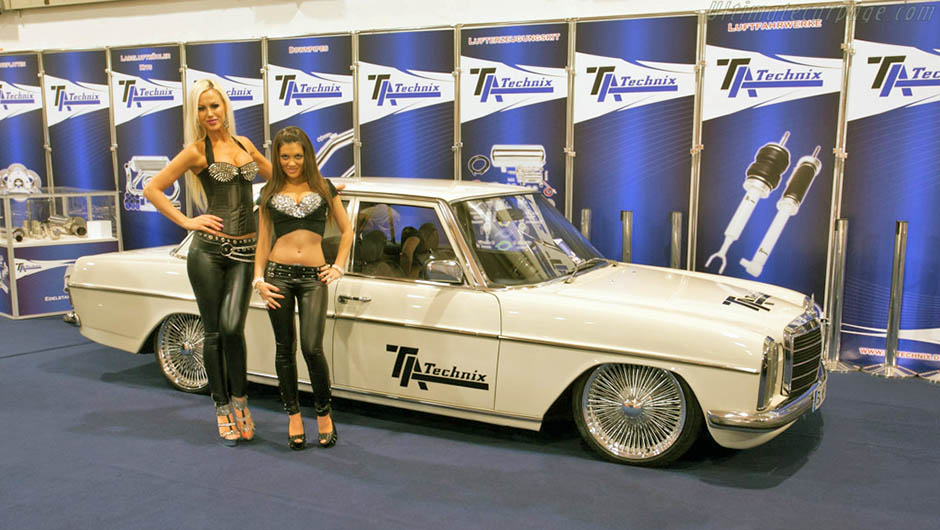 TA Technix presents a 115 sedan that rocks a dazzliing set of wire wheels and some glittering arm candy. 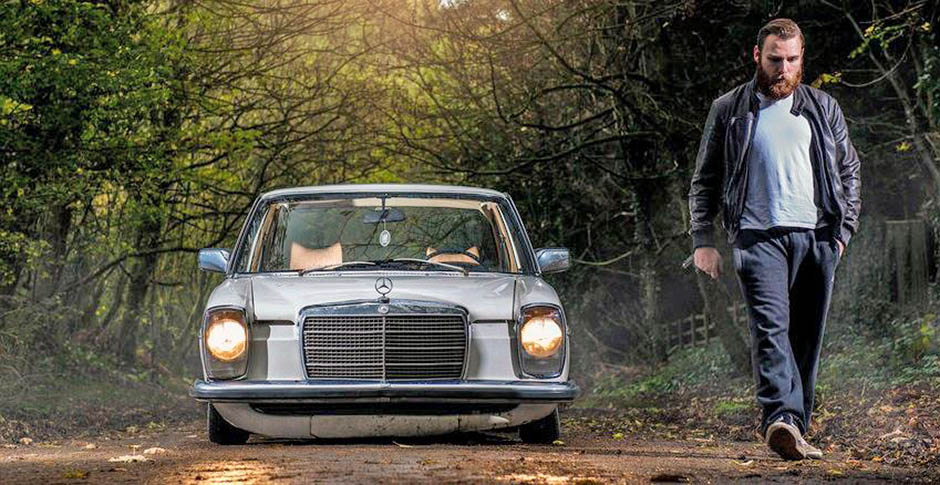 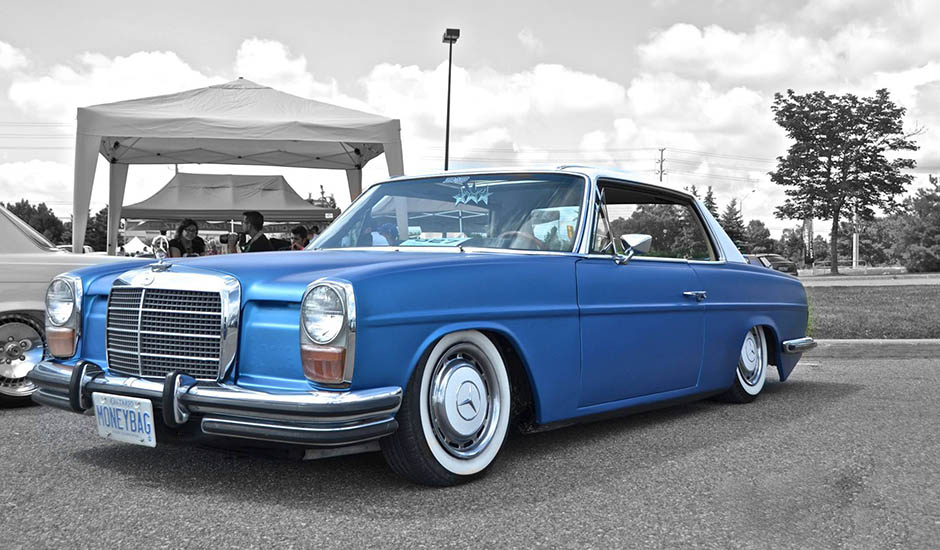