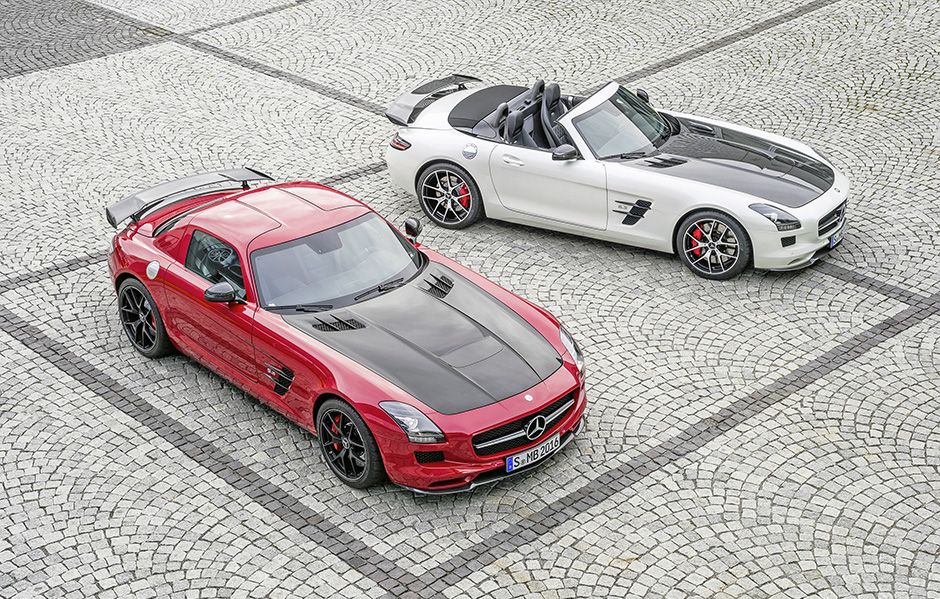 350 individuals will be able to purchase the final iteration of AMG’s first foray into volume automobile production. The SLS (197 chassis) has been an enormous success for AMG and parent Daimler. Sold to the four corners of the globe in numerous guises during its 4 year run, the SLS managed to maintain stable demand due to a combination of careful inventory management and a lack of specific early predictions of the total number AMG intended to build, both lessons learned from the SLR (199 chassis) program.

The Final Editions feature hoods finished in a “carbon fiber-look”, large free-standing rear wings and nicely re-trimmed interiors. Power is a towering 591hp and for track day users, AMG has made “Dunlop Sport Maxx Race” Cup tires a no-cost option. Interesting. It’s all very over the top but part and parcel for this segment of supercar buyers. The good news here is that AMG is working on a leaner and lighter creation to fill the gap between the “sundowned” 197 and whatever officially succeeds it.
AMG GT

The 197 series has been an outstanding achievement but my personal feelings were always that the car was simply too enormous. Too wide and too long. The packaging didn’t seem to be particularly clever. The rumored new AMG GT is looking to be an altogether different story. Sorting fact from rumor at this point is difficult but one thing is certain, new camouflaged AMG GTs are undergoing real world road testing as I write this.

IF the car looks reasonably close to the red car in the digital rendering that has been circulating, I’ll be begging for a drive when they arrive. When will AMG build a mid-engine supercar? Evidently not quite yet. Here’s what’s we know about the new car thanks to a revealing article in UK’s Autocar by Greg Kable. 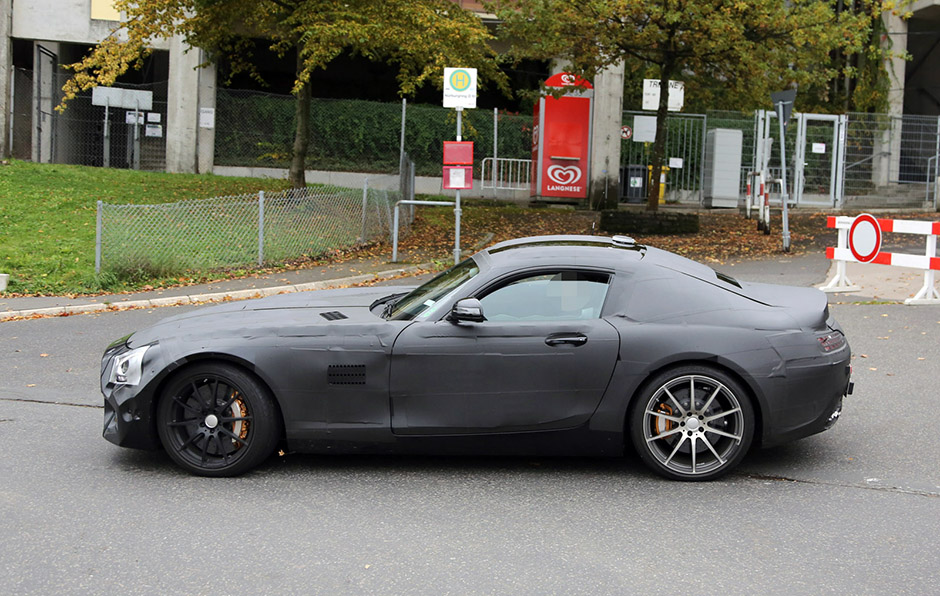 Yeah, it’s tough to see much with all the camo but it’s immediately evident that the car is proportioned in a more balanced fashion. It’s rumored to be 140mm (5.5) shorter than the SLS. 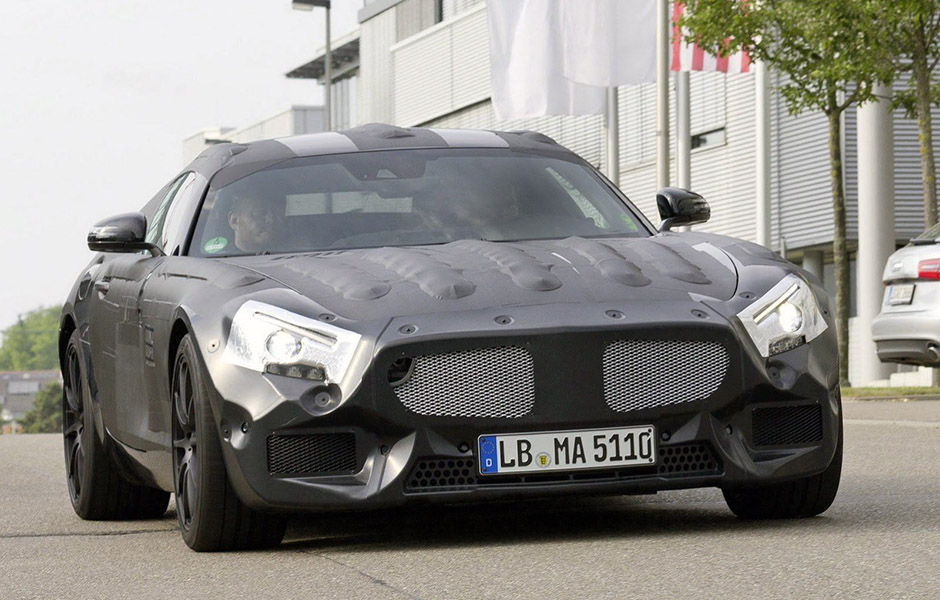