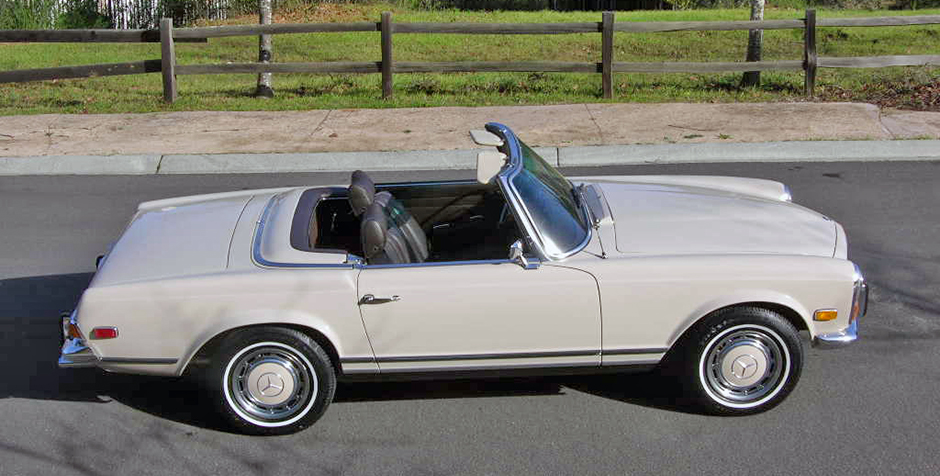 Fabulous but pricy 280SLs are not without shortcomings.

Now that the collector car auction season has officially been kicked off by last weekend’s auction extravaganza in Arizona, I’ve given some thought to what the next emerging affordable (<$50k) collectible Mercedes SL might be. There must be an SL lurking out there waiting to be discovered because its styling, performance, and touring characteristics are in tune with the tastes of potentially new SL enthusiasts.

Prices are rising quickly for excellent 1968-1971 280SLs and exceptional 190SLs are expensive although archaic to actually use regularly. Gullwings and 300SL roadsters provide interesting conversation but are out of reach for 99% of enthusiasts.

Looking for the next collectible SL.

What will it be then…the 560SL? Nope, it’s too new and lacks any vintage appeal for a late baby boomer. How about the SLCs? Someday, but not in the foreseeable future. My vote goes to the European model 350SLs, specifically any manual gearbox early production car. Let’s look at the numbers.

Production started in 1970 (three produced) and continued through 1980 but we’re interested only in the earliest cars which have the closest link to the venerated but flawed 113 chassis 280SL, the spiritual successors if you will. Robert Nitske notes 4,802 350SLs constructed in 1971. Based on the 72% automatic transmission preference data for the 1970 280SL, we can reduce the pool of cars to just 1,345 1971 350SL four speed manuals.

Factor in the poor rust resistant qualities of these early 107 chassis cars in Europe and we can consider another 20% of production simply gone forever. This leaves us with perhaps just over 1,000 units to choose from. The final parsing is scary if you end up wanting one of these cars. All were European models and none were marketed in the US by Mercedes-Benz. Occasionally imported via the “grey market” channels, true 350SLs in the US are extremely rare. 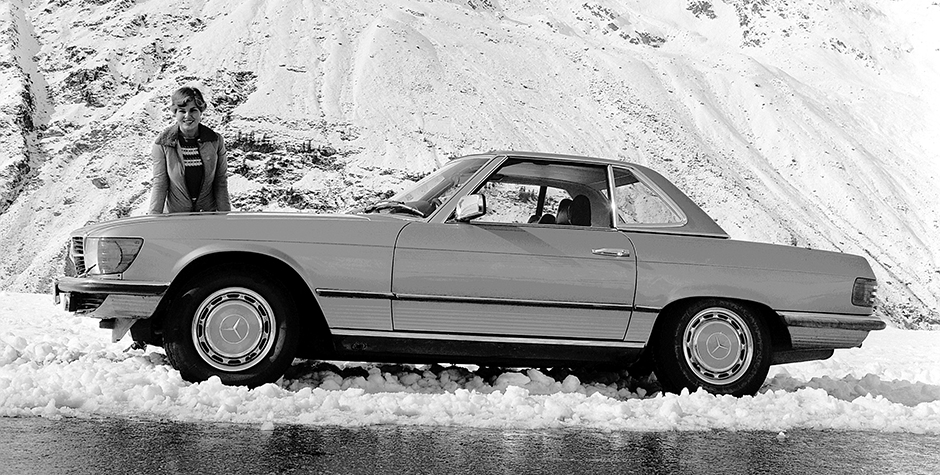 An emerging collectible SL? We think so.

Yes, a later Euro 350SL is likely a similar car with incremental improvements but a 1971/1972 350SL still connects us to the classic era. Is there a 1975 automobile on the planet that elicits respect? The 1968-1971 280SLs generate a tremendous amount of interest and are commanding increasingly hefty prices. But why? Let’s compare specifications gleaned from the our Research Database.

Here is the key refinement advantage the V-8 350SL has over the high revving inappropriately geared 280SL: engine speed at 100 km/hr (62 mph). The 280SL’s 3,500 rpm mechanical thrash becomes intrusive at 62 mph, while at the same speed the 350SL’s fundamentally quieter V-8 is loafing at 2,945 rpm. Conversation at 70+ mph in the 280SL can sometimes become strained over the din of the six cylinder which is now turning 4,000 rpm.

So, here are the facts: The 350SL has 50 more horsepower, 38 ft/lb more torque, only gives up 200 lbs and gets better fuel mileage. Factor in a more usable ventilation system, dozens of passive safety improvements, and you have a future classic!

No, it doesn’t have the charming shape of the “Pagoda” cars but there is a purity of line to an early 107 chassis SL unadorned with the various protrusions hung on the car over its lifetime. The “Pagoda” link is intact if you stand and look at the 350SL head-on. In my mind the 1971/1972 350SL is the perfect bridge to the classic era of SLs without most of the earlier car’s foibles.

I’m going to Big Sur this weekend via the spectacular Highway 1 down the California coast and will probably take the two tone Red/Black 1969 280SL currently in inventory. But I can tell you, were the 1971 350SL 4 speed I bought last Sunday ready, the 280SL would stay in the shop. Our tatty but solid and correct 350 won’t be ready for a few months but it will be under me the next time I head down the coast. The Euro 4 spd 1971/1972 350SL just might put the “grand” back into the notion of affordable SL grand touring! 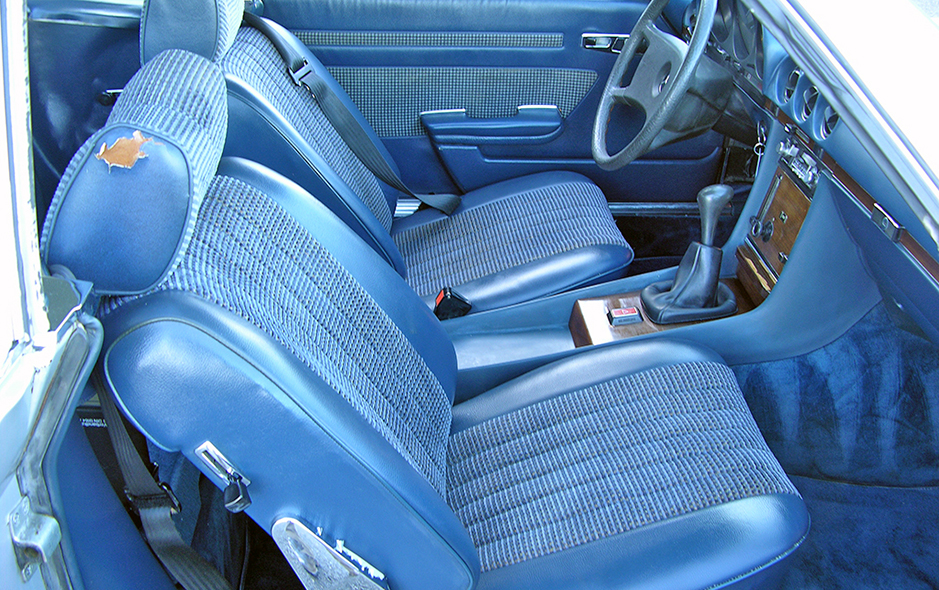 A rare bird in the US: a 350SL fitted with a 4-spd manual gearbox. Quaint plaid inserts common on Euro cars. This is a 1979 model.