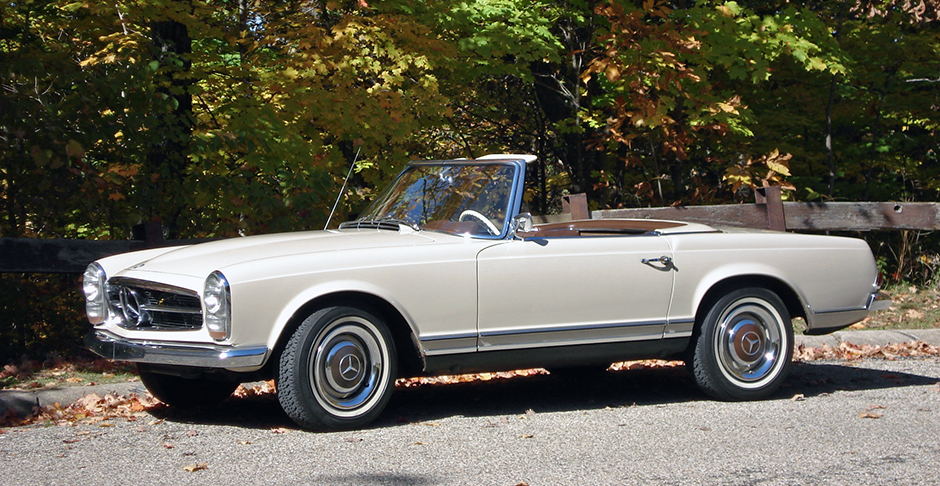 The automotive legend of the Mercedes-Benz SL-Class is a never-ending story is. Whereas the Mercedes-Benz 300 SL ‘Gullwing’ introduced in 1954 was able to enjoy direct benefits from the success of the 300 SL racing sports car, things were not quite so easy for the new Type 230 SL of the 113 series. After all it had to replace two highly successful models from the current sales range, the 300 SL and the 190 SL. The eagerly awaited successor appeared in spring 1963 at the Geneva Motor Show and early reactions to this new breed of sports car, which seemed to have nothing at all in common with its lively predecessors, ranged from unconcealed rejection to muted approbation.

Two-seater with a punch

The new Mercedes-Benz 230 SL’s creators deliberately set out to design a car which had neither the tough sporting image of the old school, nor that of the docile 190 SL, a second car for the lady of the house. It was to be a high performance sports two-seater with outstanding handling qualities and a high degree of comfort. Such characteristics once again fanned the flames of discussion as to the true spirit of a sports car â€“ but voices were quickly silenced when the new 230 SL almost immediately brought home sporting successes such as the victory of Eugen Boehringer/Klaus Kaiser in the Spa Sofia – Liege Rally.

The cars exterior was characterized by bold masculine lines and that unmistakable SL face with the Mercedes star radiant at its center. The engine hood featured an additional slight hump at its mid-point to accommodate the upright 6-cylinder engine, and there was a generously proportioned trunk. The effect achieved by the hardtop was light and airy thanks to the high side windows and slender columns supporting the roof – a far cry from the sports car cliche and reminiscent of an oriental temple, with its lines sloping gently inwards. And this unique feature gave the car its nickname even before it had become a familiar sight on the streets as the Pagoda.

The 230 SL was available in different guises from summer 1963: as a roadster with an extremely user-friendly folding soft-top – a minor sensation in itself – and as a roadster with a hard-top. In March 1967, the 230 SL had in the meantime been superceded by the 250 SL and came a further variant, the hard-top coupe. Lacking the soft-top and soft-top storage compartment, this third version had extra interior space for luggage or an additional transverse seat. All three versions could be driven as convertibles. A mantle of silence was drawn over its drag co-efficient of 0.52. 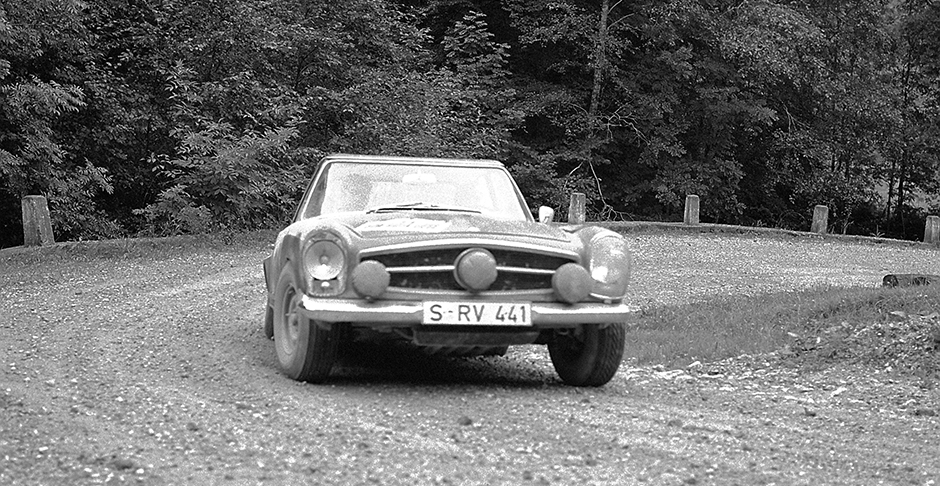 The Pagoda was the first SL to combine speed with safety. As the car was built on the floor assembly of the famous fintail series W 111/112 – the first cars in the world to feature a safety body – the 230 SL also offered a rigid passenger compartment and a crumple zone with impact-absorbing front and rear sections. As with the sedan, the interior was rounded with all hard corners and edges removed and like its predecessor the car offered seat belts as an optional extra.

The running gear, borrowed from the four-door Type 220 SE sedan, was adapted to meet the needs of the roadster. It had recirculating ball steering, a dual-circuit break system and disk brakes on the front axle. Suspension was firm, but almost unusually comfortable for a sports car. Damping was achieved by gas-pressurized shock absorbers and for the first time an SL was fitted with radial tires.

The 6-cylinder also derived from the sedan, but was forced to accommodate a number of radical alterations, of which the most significant was the transition from two to six-pin injection pump. This allowed fuel to be injected directly into the combustion chamber through the pre-heated induction port and the open intake valves, and no longer just into the induction pipe. The increased 2.3-liter engine developed 150 hp (110 kW) at 5500/min, offering 20 mkg of torque at 4200/min. The 230 SL’s highly sports-oriented tuning meant the car enjoyed getting up to speed, low revs were simply not its thing at all.

The four-speed transmission, also developed from the sedan design, differs only in that the first gear ratio is a little shorter so as to achieve a sportier acceleration: 9.7 seconds from 0 to 100 km/h. From January 1966 onwards there was also a five-speed manual transmission (ZF), and for those seeking the top in terms of comfort an automatic was also optionally available. By the time the Pagoda had reached the end of its production run, the automatic version had reached a share of about 77 percent. The same was true for power steering, another feature which did not come as standard. 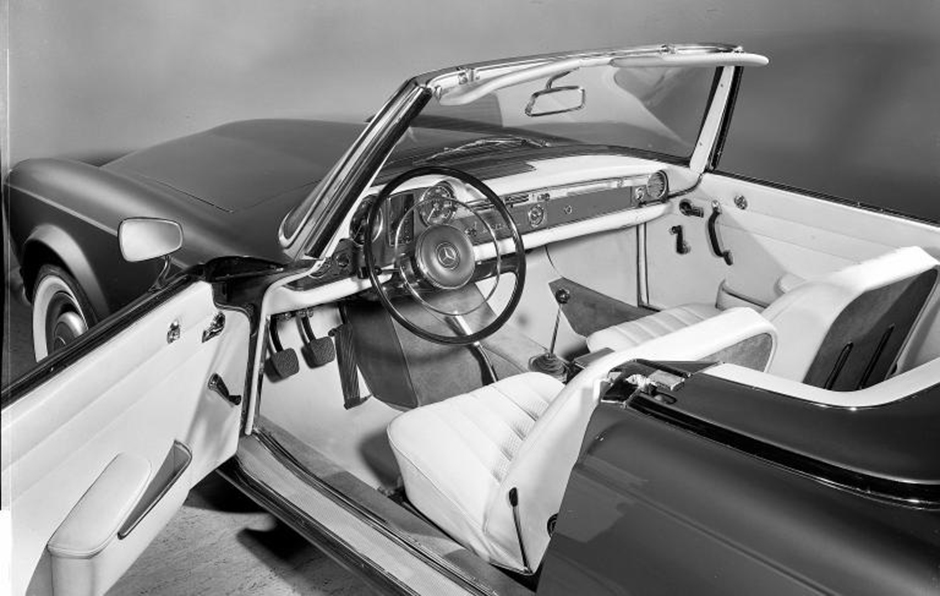 A most successful Convertible

At the end of February 1967 – with 19,381 vehicles having been built – the 230 SL was superseded by the slightly larger-engined but otherwise almost identical 250 SL, true to the motto: Nothing beats displacement like more displacement. Less than a year later this adage found renewed application when the 170 hp (125 kW) 280 SL became the successor to the 2.5-liter model. Taking all three Pagoda SLs together, a total of 48,912 units were built up until March 1971, an impressive figure for this innovative and stylish sports car series from Mercedes-Benz.