When the decision was taken on June 18, 1968 by the Daimler Board of Management to proceed with the Pagoda’s replacement, the R107 SL, deciding whether the outgoing 111 S-Class coupe would also be replaced was still under debate. Historically, S-Class coupes were based on S-Class sedan architecture and styling. Logically, the 111’s replacement would have shared the soon-to-be-released 116 series platform and design cues.

The SLC to buy today, if your pocket book allows, would undoubtedly be an exceptional 5.0 liter European model.

However, Mercedes-Benz’ ambitious roll out of both the new R107 and the groundbreaking new 116 model sedans consumed their immediate development capacity. Creating an entirely new coupe based on the 116 cars would have resulted in a release date into the middle ’70s at best, resulting in a 5-6 year absence of a range topping coupe. As the Board dealt with this dilemma, their legendary body construction department manager, Karl Wilfert, and his team unofficially cobbled together a coupe proposal based on the new R107. 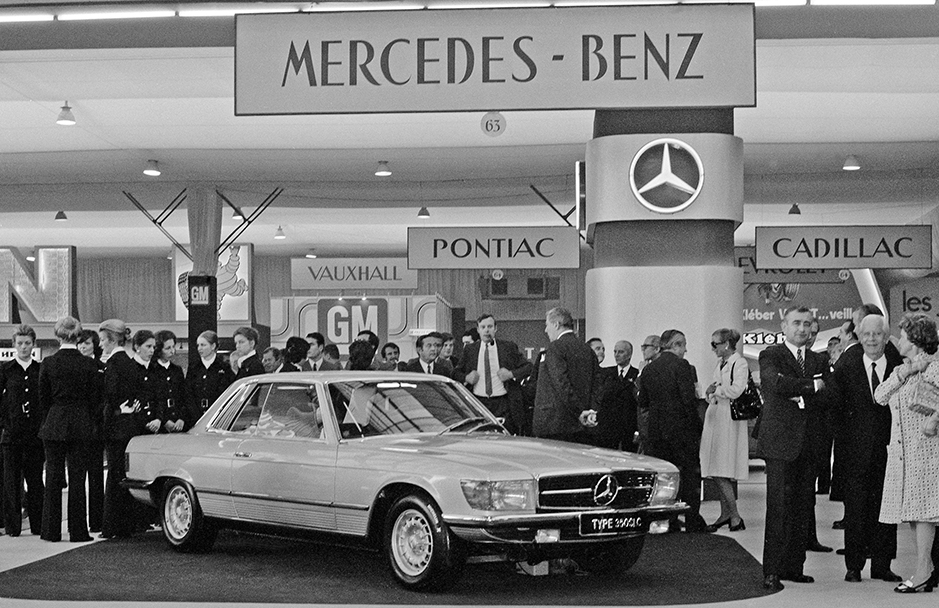 After an unheard of six month gestation period, the new SLC debuts at the Paris Motor Show in October 1971. Note the tallish greenhouse and the rear side window slatted panels.

The Board endorsed Wilfert’s proposal and rather than consuming the typical development cycle of six plus years, the Board introduced their new S-Class coupe barely six months after the new SL was launched in April 1971. Full production commenced in April 1972 and this new ‘SLC’ was constructed through the 1981 model year with myriad engine and drive train combinations.

There were compromises, however, and while the SLC was identical to the SL from the cowl forward, the additional 14 inches aft of the cowl unfolded in a somewhat awkward fashion. Including reasonably comfortable rear seating required a vastly extended – and raised – roof which created overly long side window openings.

Filling the window space from the rear edge of the door glass back to the ‘C’ pillar would have required side windows that could not be retracted fully. Filling the gap by thickening the C pillar would have been jarring stylistically and claustrophobic for rear seat passengers.

The design solution involved rakish forward leaning fixed glass panels housing slatted silver vanes and shortened side windows that fully retracted. A reasonable level of design harmony was restored and, while there has always been a slightly awkward tension to the design, 62,888 SLCs were sold through the car’s nine year life.

The design benefits from the fitment of the tidy small steel bumpers found on the 1972/1973 US models and all European models. The US bumpers extend the fundamental ‘stretchy’ look of an SLC. 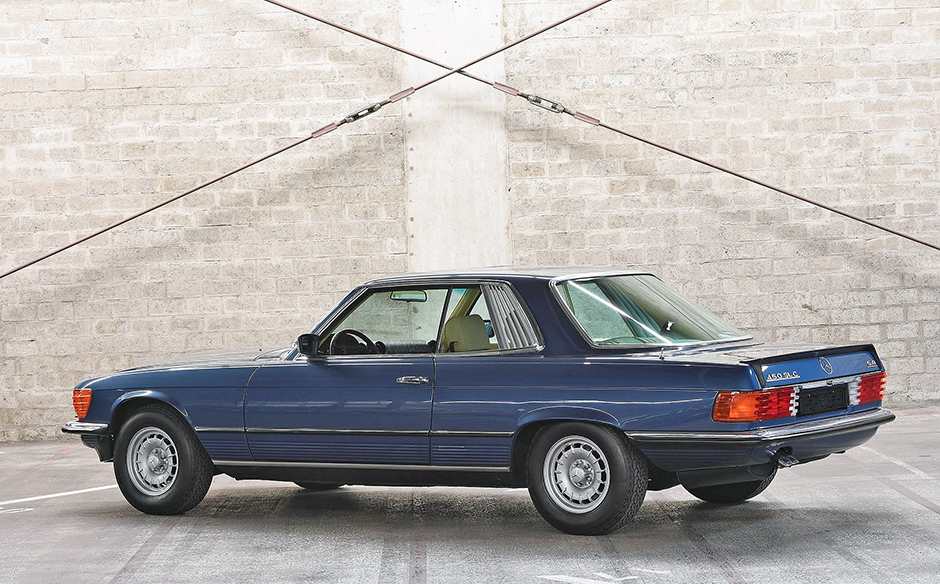 Looking muscular sitting on 215 series Michelin XWXs and fitted with a subtle tail spoiler and its small bumpers, the 5.0 liter SLC was and continues to be a sophisticated road car.

The Best for Last

I’m a fan, however, and an exceptional SLC is a satisfying touring car that exemplifies the marque’s vault-like road feel of that era. Daimler Media stressed that “Well-cared-for models of this SLC model series have long since become sought-after classics with a potential to gain further value.” I would add ‘extremely’ to well-cared for. Most SLCs today are to be ignored.

The SLC to buy, if your pocket book allows, would undoubtedly be an exceptional 5.0 liter European model. Aluminum abounds in these low production hot rods; The hood, deck lid and engine are all of aluminum which cumulatively shave 220 lbs off a standard US 450SLC’s hefty 3,700 lbs.

Only 2,769 were constructed from 1977 to 1981 to satisfy homologation requirement to rally the cars. These are fabulous road cars, silent and quick enough with about 240HP. The optional soft rubber deck lid adds the the visual drama of the 5 liter models.

If you open yourself up to European models, you can choose manual gearbox cars – all US SLCs were fitted with automatics – with eight or six cylinders, leather or velour, AC or no. Be prepared for shocking fuel mileage though…