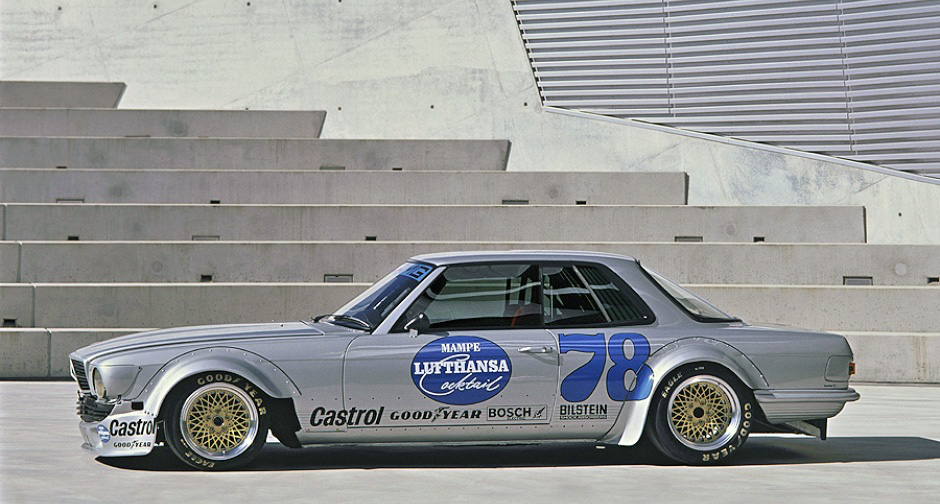 In contrast to Daimler-Benz AG, which raced the Mercedes-Benz SLC in the World Rally Championship, AMG built a racing coupe for circuit competition. Hans Werner Aufrecht sought to triumph over Jaguar and Alpina-BMW in the European Touring Car Championship with the SLC.

According to the Group 2 regulations, the coupe could slim down to 1225 kilograms in its original guise, a standard 450 SLC tipped the scales at around 1690 kilograms. AMG succeeded in upping the output of the 4520 cc V8 from the previous 160 kW/217 hp to 276 kW/375 hp; at the same time, the rated engine speed was increased from a modest 5000 to 6550 rpm. The three-speed automatic transmission basically remained unchanged, the five-speed manual transmission that would have been the preferred option had not been homologated.

Work on the AMG racing coupe was completed just before the first race of the 1978 season of the European Touring Car Championship in Monza, Italy. Notwithstanding this, the AMG drivers Hans Heyer and Clemens Schickentanz immediately secured a highly respectable fifth place on the grid, despite there still being plenty of room for improvement as far as both the brakes and the power transmission were concerned.

During the four-hour race, the AMG team even managed to move up the field to third, a feat which it then repeated in the race on the Salzburgring in Austria. Finally, in 1980, the 450 SLC AMG came in second in the opening race of the season in Monza again. But it was in the car’s very last European Touring Car Championship race on the Nurburgring circuit that the driver team of Schickentanz/Denzel finally scored the victory that Hans Werner Aufrecht had yearned so long for.

The MAMPE SLC in period. Note the radial cooling wheel covers. Brake fade must have been a constant challenge with the heavy SLC. Who are the men in the matching jackets? 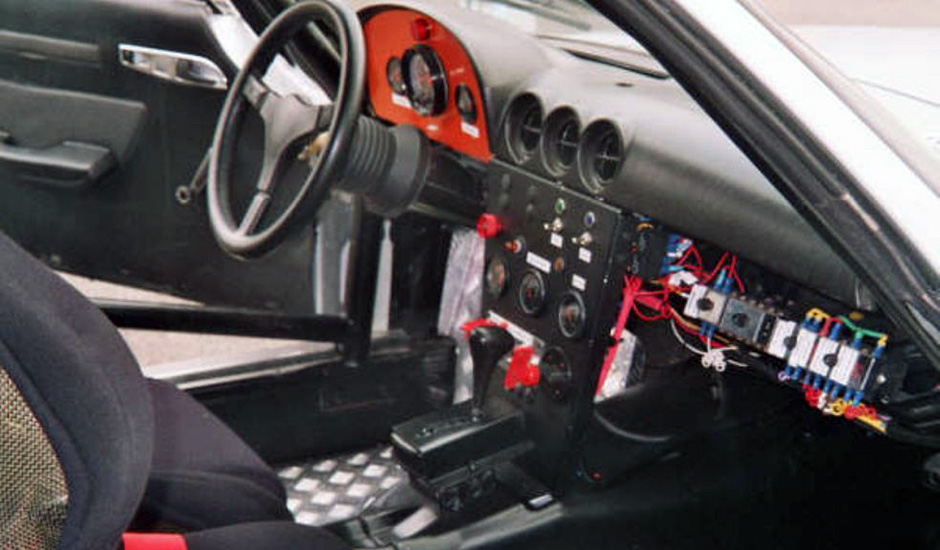 We can see vestiges of the original interior, particularly the door panels and dash pad. Note original automatic gear selector. The Getrag 5-speed could not be homolgated because, while new SLC V8s could be had in Europe with 4-spd manuals, a 5-spd was never offered from the factory.

Where are these bellowing SLCs today? Our research indicates three of these Group 4 SLCs were initially constructed and, after one was written off in a testing accident, two remain. One of the two – the car pictured at the top of the page – is resting at the Mercedes-Benz Museum in Stuttgart. The other car sits in private hands.

Weighing only 2,200 lbs and developing 380hp, this rare SLC would be a lively tour and event car. Where is it now? Posts from its then owner Juergen Brodesser dated August 3, 2007 noted he was withdrawing the car from the market to race it in Nurburgring’s Oldtimer event with original driver Clemens Schickentanz. It seems it took a further two years to sell the car and Brodesser noted in September 2009 that he sold the car to…original driver Schickentanz! 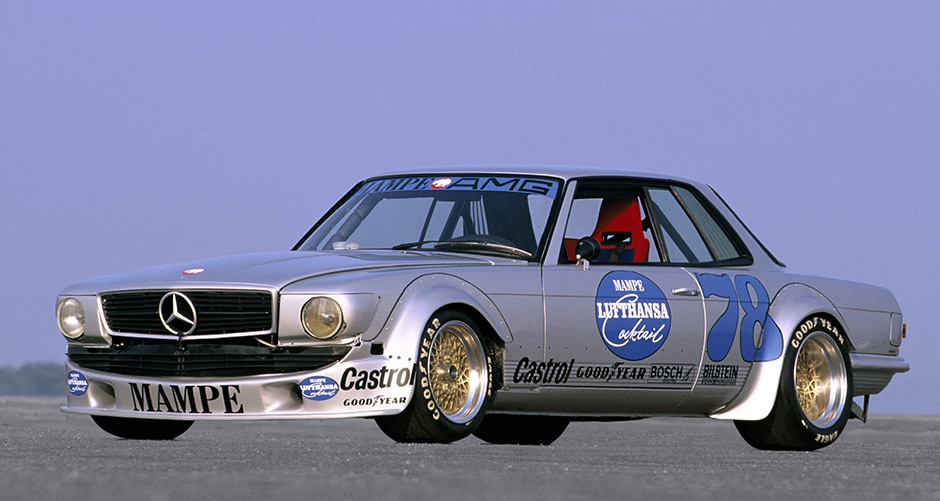 The restored SLC presents quite a brutal attitude. Faired headlight surrounds and a nose spoiler that integrated with front fender flares reveal AMG’s efforts to allow the chunky SLC to get through the air a bit better. Massive fender flares did not help the aero drag issues.