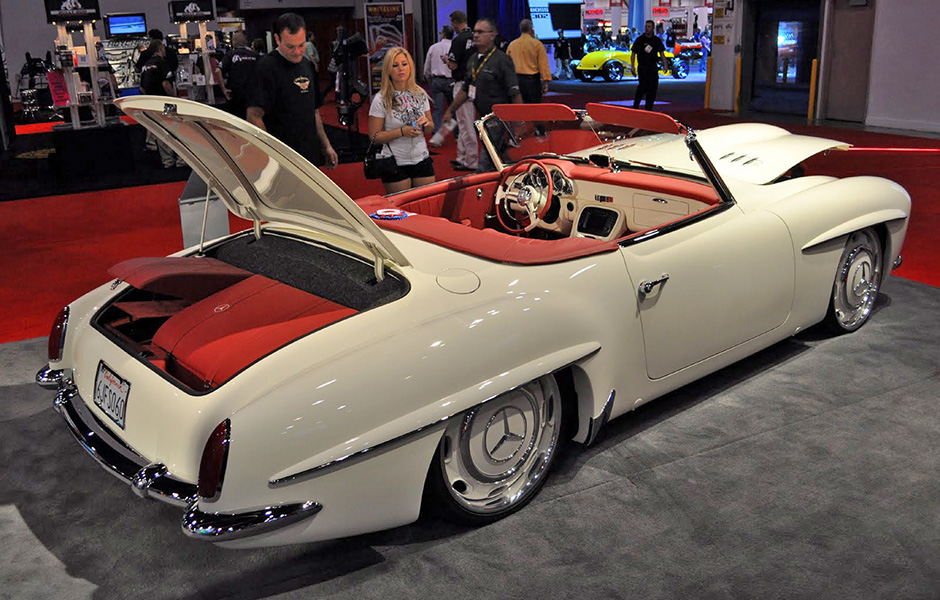 The SEMA show is a magnet for outrageous creations and this SL65 based ‘Mercedes- Bent’ certainly was a standout in 2010.

Richard Mott’s outrageous SL65 based ‘Mercedes-Bent’ is not a new creation: He debuted the car at 2010’s SEMA specialty show. The premise of the project was optimistic at best and involved removing the skin, interior and retracting top mechanism of a perfectly good 2004 Mercedes SL65 and wrapping the rolling platform with stretched, widened and highly stylized 190SL coachwork!

Mott must be a Mecedes-Benz nut with more than a little hot rod background. This clever creation has ‘resto-mod’ written all over it. While SL purists will cringe at the loss of a perfectly good SL65 AND a sound 190SL, no one can quibble about the quality and creativity we see in these pictures. The scope of the project didn’t seem to faze California’s aptly named ‘Hot Rods & Custom Stuff‘ because they moved the project from renderings to the jewel-like finished that dazzles in every respect. 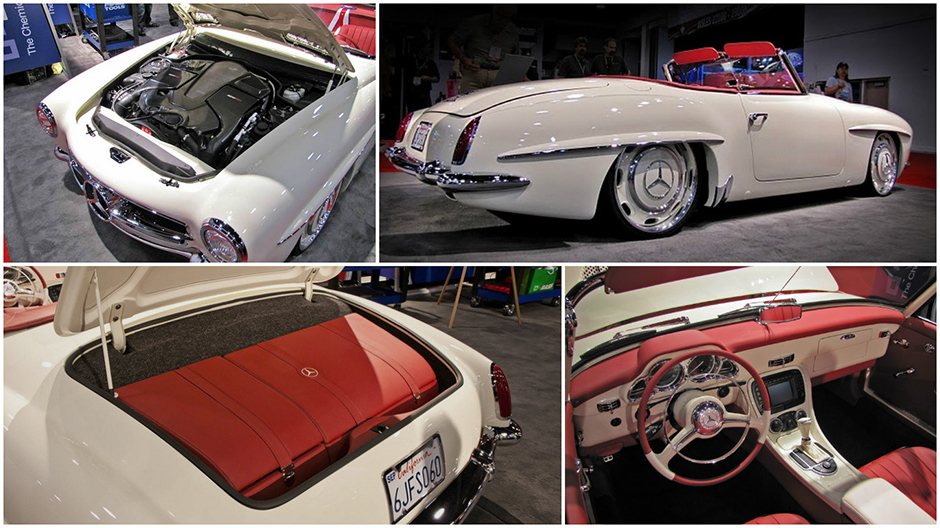 We can see how much the 190Sl coachwork had to be widened to fit over the SL65 platform. The masterful fabrication can be seen throughout the car – sculpted tail lights, fitted luggage, and flush fitting bumpers. The wheels/wheel covers are simply exquisite. The Bent’s interior is brilliantly executed. We see sumptuous 190SL-esque seats, faux temperature slide levers, door panels with 190SL hardware (lock levers, window cranks, release handles) and wonderful modern interpretation of the 190SL’s steering wheel. All the gorgeous fabrication is wrapped around the original SL65 center console and navigation structure. Brilliant!

Show me the Money 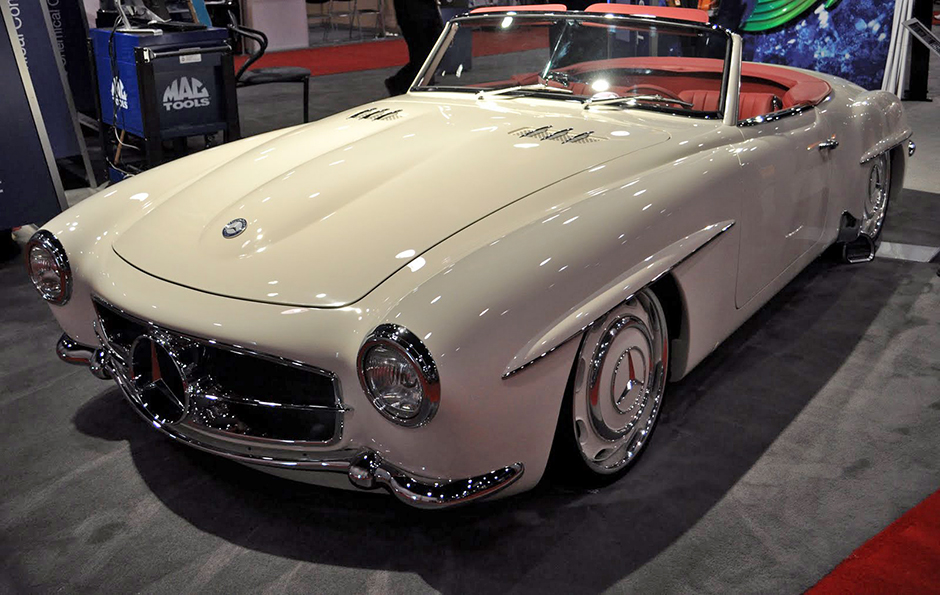 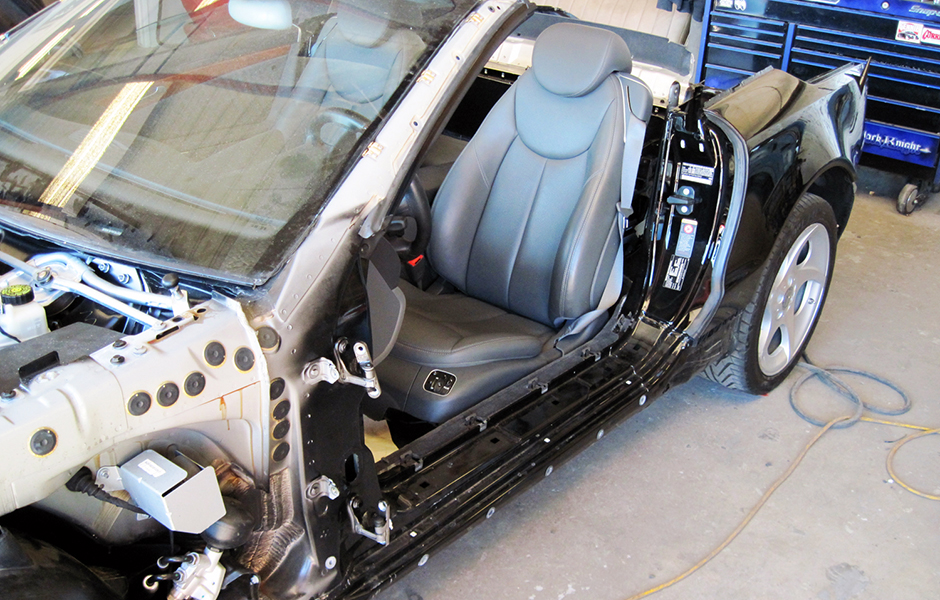 First step was removing ALL the sheet metal from the SL65 base for the project. Massive project!