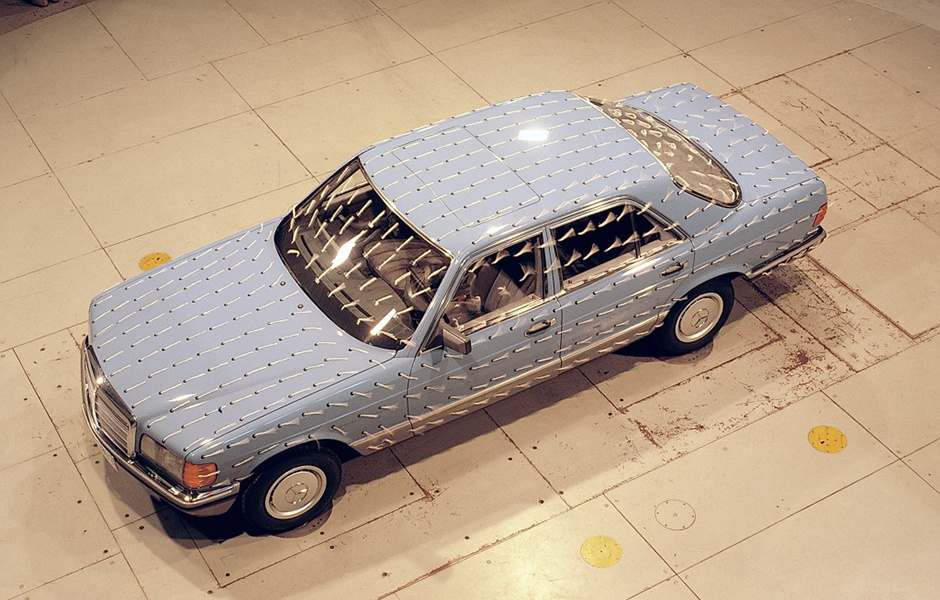 I don’t think we can overstate the importance of the 126 series sedans in the evolution of the Mercedes-Benz ‘S’ class model range. The carefully engineered 116 series sedans introduced in 1972 enlightened US buyers to the fact that a full size luxury sedan could behave on the road in a very sporting manner. Building on the success of the 116, the 126 series, introduced at the Frankfurt International Motor Show in September 1979, became the European luxury sedan against which all other contenders were compared.

Lessons learned during the periodic oil shortages in the ’70s dictated a new level of consciousness surrounding fuel consumption. Mercedes’ new S-class would not only benefit from more fuel efficient engines but also from ‘free’ mileage increases due to refined aerodynamics.

Visitors to the Frankfurt show witnessed a new Mercedes design that exuded a crisp purity of line that at once communicated a lean minimalist feel as well as a strong sense of Teutonic quality. Organic it was not and the Mercedes media release this month noted the new design was “initially felt by some to be prosaic and inornate (unadorned).”

Fortunately, the clean design began to resonate with buyers and reviewers alike. It was study in parallel design elements and resulted in a low for the era Cd of 0.36. Typical of Mercedes-Benz, panel gaps, shut lines and overall fit and finish all set the standards for the industry.

The 560SEL became a autobahn stormer in which its (European) owner could just about touch 150 MPH in virtual silence.

Those who could afford the new alloy block V8 sedans were treated to an otherworldly silent drive train; one could barely detect any mechanical noise at idle. Power for the US V8s, shockingly anemic by today’s standards, was but 155 HP (380SE/SEL) and 184 HP (500SEL).

The early 3.8 liter models were not entirely faultless: the lightweight timing chain system that allowed such silent motoring suffered routine catastrophic failures. After a few years of warrantying engine replacements, the factory returned to the double width chain layout in mid-1983. The early ‘single width’ chain 380 models would be eternally tainted. 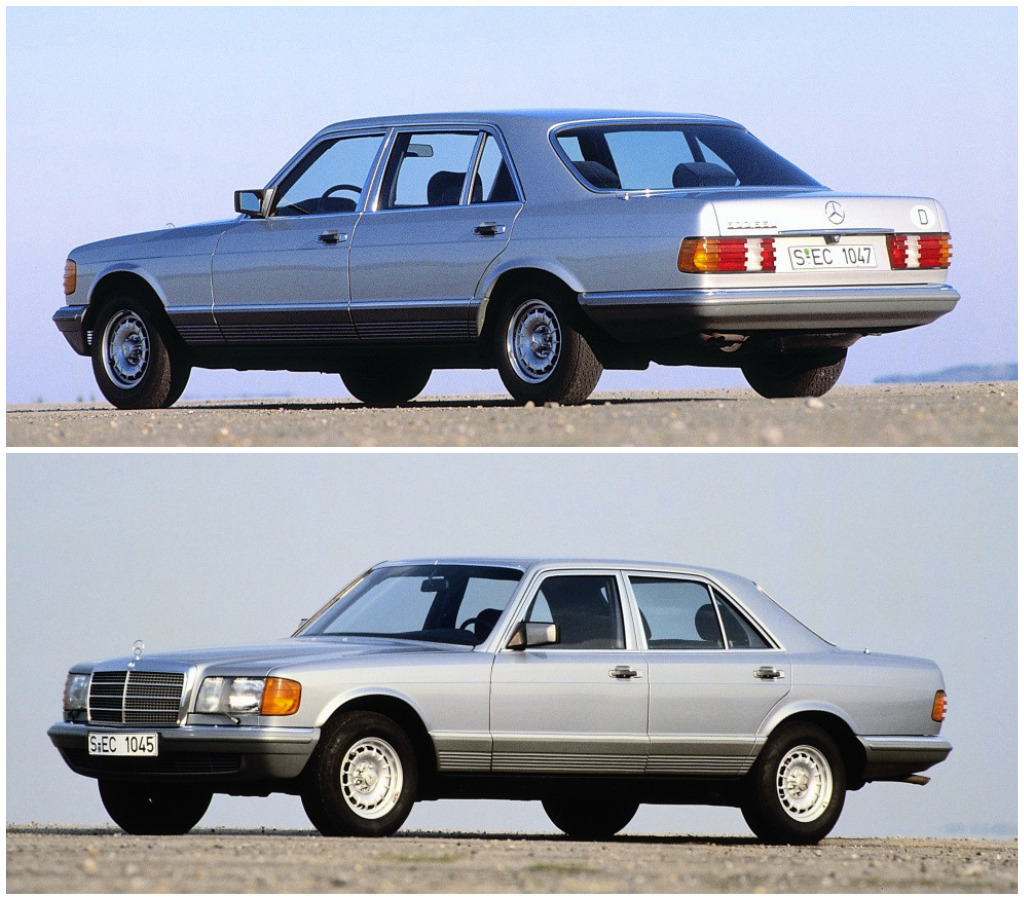 European buyers could choose between long (top) and short (bottom) wheelbase  configurations for the new 5 liter S-class in 1979. 14″ Bundt style alloys and the fluted lower side cladding indicate first generation 126 models. US buyers had to wait until 1984 to receive the 500SEL.

For those of us suffering today from general ‘menu exhaustion’, the clarity and logic embodied in the new 126’s interior layout would have been refreshing. The horizontal design ethos of the 126’s sheet metal was carried over into the delightfully simple dash layout; the switch gear and various controls cascade in neat rows from the center air vents down past the slick gated shift lever and on back to the center console. Everything fell easily at hand, the right hand that is.

The interior environment could best be described as finely constructed restrained opulence. Aside from the seat trim, hard surfaces abounded and the deep gloss wood veneers communicated exclusivity and richness. US models were overwhelmingly trimmed in leather although velour could be ordered at no charge if a client wanted to skip the creaky – cold in winter/hot in summer – leather.

Visibility was expansive and the vast range of the power seat adjustments allowed comfortable touring whether you were 6’9 or 5’1″. A tilt steering wheel never found its way into a 126 model although a power telescoping option arrived in 1985. Comfort options for US market were limited: heated seats, rear bucket seats, and orthopedic seats were extra charge options on the early 126s.

Later models could be ordered with a power rear window sunshade and a town and country horn found its way into the second generation models. Sunroofs were a no cost option in the US. And somewhat contrary to the general air of S-class upscale luxury, a manual gearbox was offered in the six cylinder European models. Significantly, the 126 range introduced one of the most important automotive safety devices ever conceived in 1981, the driver’s airbag. 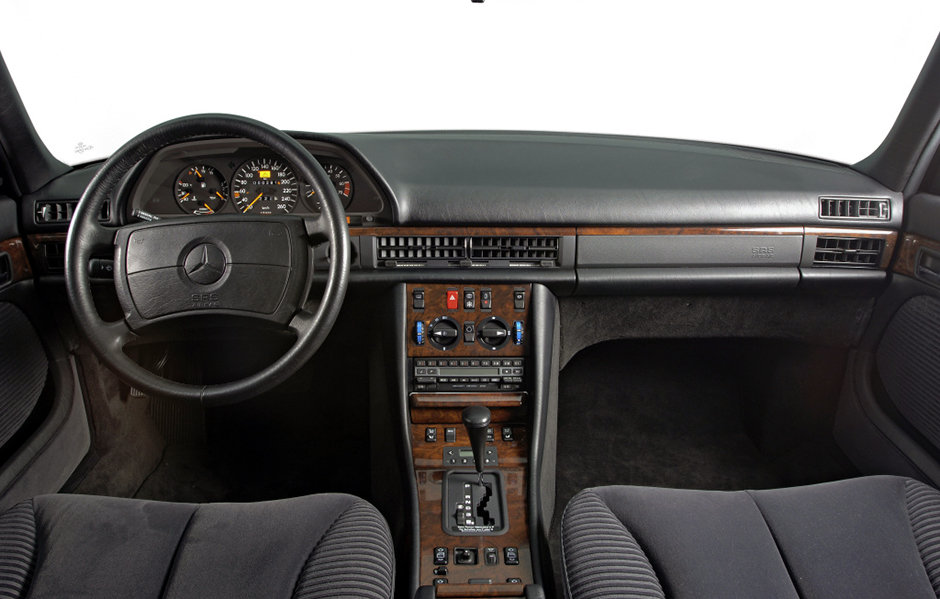 Simplicity and clarity. All major switch gear could be found on the richly veneered center console. This looks to be a Euro 560SE/SEL with heated seats, dual airbags, town and country horn and an early trip computer.

The popular 126 models were again featured at the Frankfurt International Motor Show; the September 1985 event debuted the revised 1986 S-class range. Cosmetic revisions were subtle but effective in modernizing a now aging design. The fluted lower body side cladding was now absolutely smooth and was complemented with deeper sculpted rocker panel covers. The front bumper cover was deeper as well and incorporated fewer intake slats.

Combined with new smooth faced 15″ alloy wheels, the overall effect was that of a lower, more aggressive, appearance. Aerodynamics were improved due to the deeper nose valance and rocker panel extensions that (slightly) reduced draggy airflow under the car.

For the range topping 560 SEL an entirely new engine was produced, the 5.6 liter 300 HP M117. This was serious power in the day and the 560SEL became a autobahn stormer in which its (European) owner  could just about touch 150 MPH in virtual silence.

Self-leveling rear suspension kept things on an even keel and ABS brakes provided over confident drivers some margin for error. Front seat passengers were looked after as well when in 1988 a second airbag became available. Diesel buyers welcomed the new long wheelbase 300SDL fitted with a 150 HP inline six cylinder. 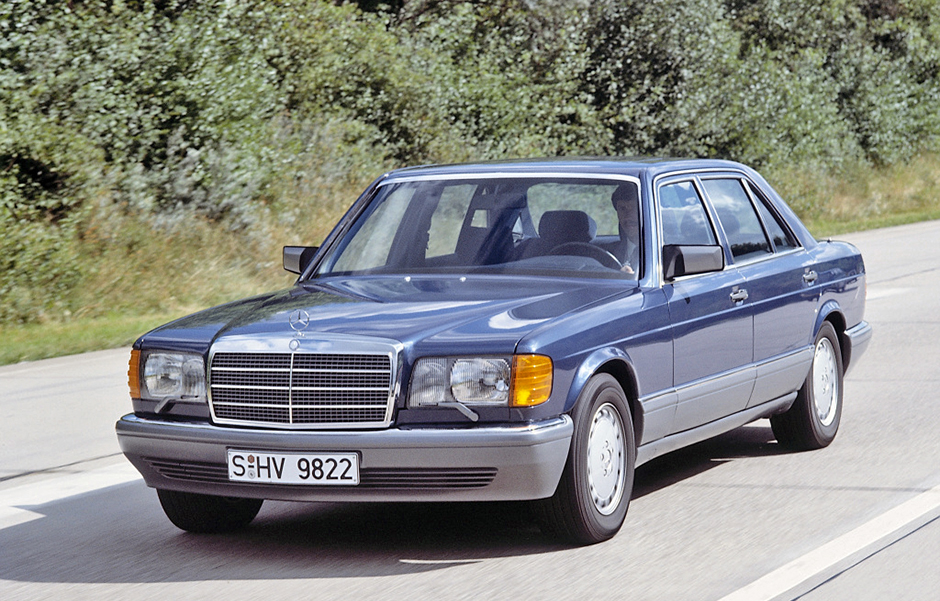 Whether you were connected to Mercedes-Benz from 1985-1991 as a franchise dealer, MB corporate executive or MB salesman, you rode a massive wave of success during those years. The new W124 range and momentum from the recently introduced W210 ‘baby benz’ drove profits but today the car that defines that era of MB’s undisputed build quality and JD Power topping consumer satisfaction were the 126 models. All this would change in 1992 with the arrival of the oversize 140 S-class.

The 126 series endures today and I still see the occasional clean 420SEL plying the SF Bay Area highways. I saw a few clean 300SDs just yesterday as I navigated highway 101 just south of the San Francisco Airport. And indicative of the car’s fundamental robustness, there are plenty of filthy scarred 126s that haven’t seen a dollar in maintenance for decades flopping around as well. Long live the 126! 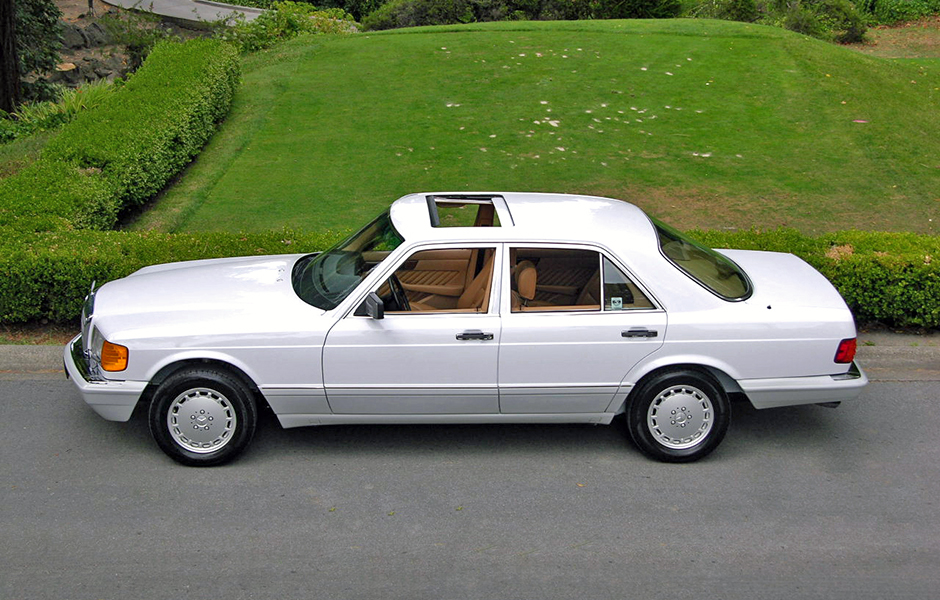