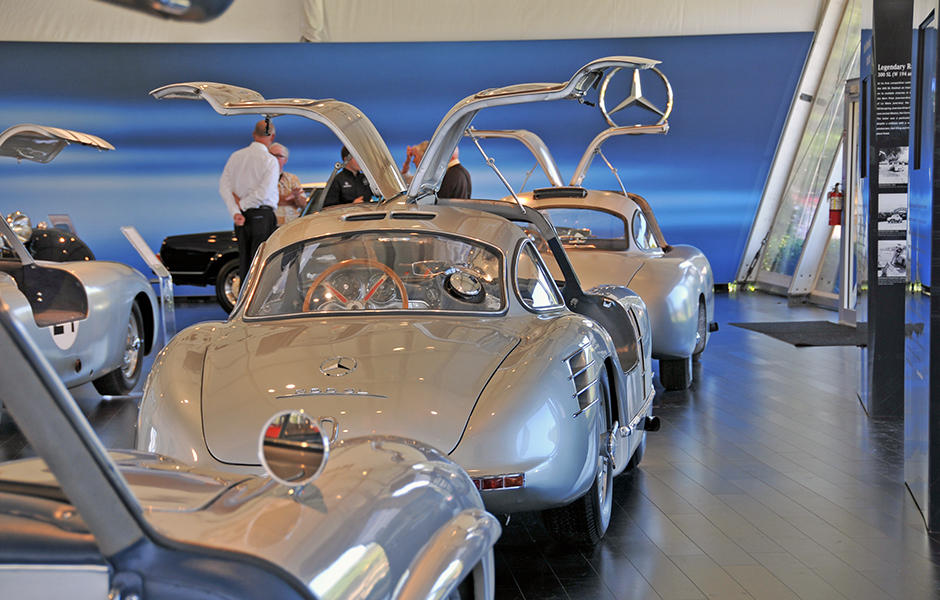 Gullwings were prominent in the gorgeous Mercedes Classic Center pavilion during the Monterey Week this year. The rarely shone sole 1953 competition 300SL was among the stars.

I occasionally ponder the most valuable 300SL extant. We’ve heard some extraordinary numbers this year and January’s Gooding & Co $4.6m sale of sn 198.043.5500208 quite likely stands as the highest price paid for a 300SL. My choice for the most valuable 300SL has gradually settled on sn 0011/52, an outlier in the 300SL universe and a car that remains absolutely unique. And essentially unobtainable and rarely seen.

But there it was resting within the Mercedes Classic Center’s display in Monterey nestled between it’s predecessor and successor. The still born 1953 300SL ‘Hobel’ with its distinct nose profile made a rare public appearance this year. Silberfeils (Silver Arrows) were front and center at this year’s display adjacent to our glimpse into the the not too distant future of Mercedes-Benz mid-size segment, the Concept Style Coupe. 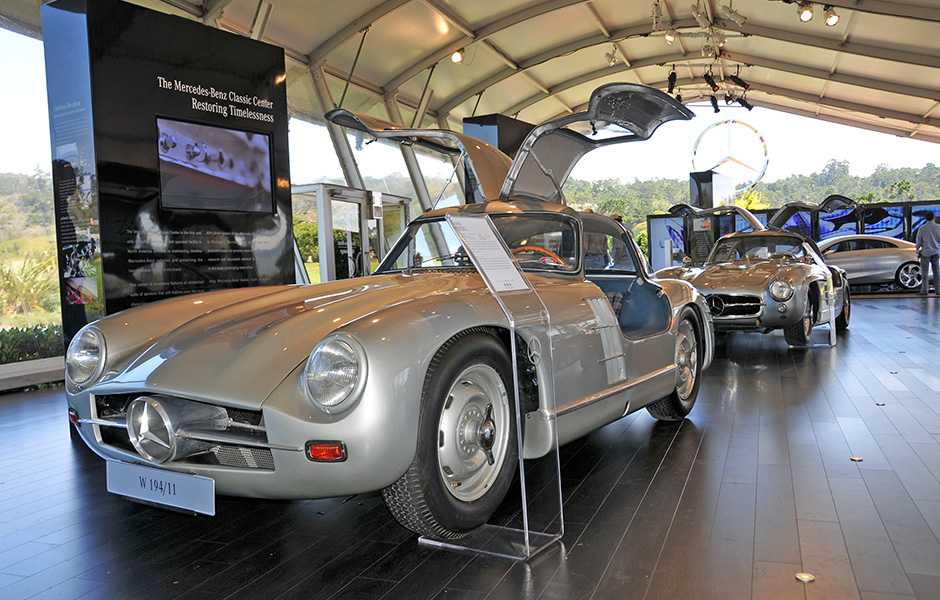 Leaner, lower and more aggressive than its ten 194 predecessors, 1953 300SL SN 011 features fuel injection, 16″ wheels and a transaxle. Unusual, edgy nose treatment earned the car its nickname of “Hobel,” German for a carpenter’s plane. It’s certainly the most exotic 300SL. This is the only example that exists.