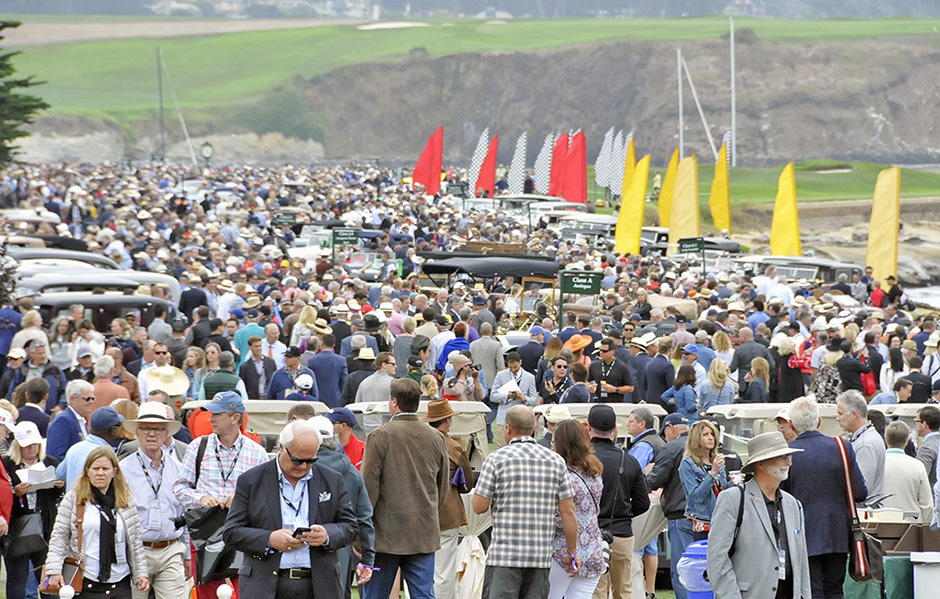 Watching the vastly diverse queue of breathtaking vintage motorcars slowly work its way past the Del Monte Lodge toward the final plunge down to the sacred grounds of Pebble Beach’s 18th fairway is always one of the most exciting experiences of my Monterey Car Week. The air is permeated with a sense of exhilaration, anticipation, anxiety and poorly combusted exhaust fumes.

A tatty 1916 Locomobile Model 38 Collapsible Cabriolet leads a snarling 1957 Ferrari 315 S Spyder which is followed by a 1957 Mercedes 300Sc coupe. The fact that Pebble Beach is still considered the finest Concours event on the planet is visually and aurally confirmed by this breathtaking array of automobiles flowing past me. 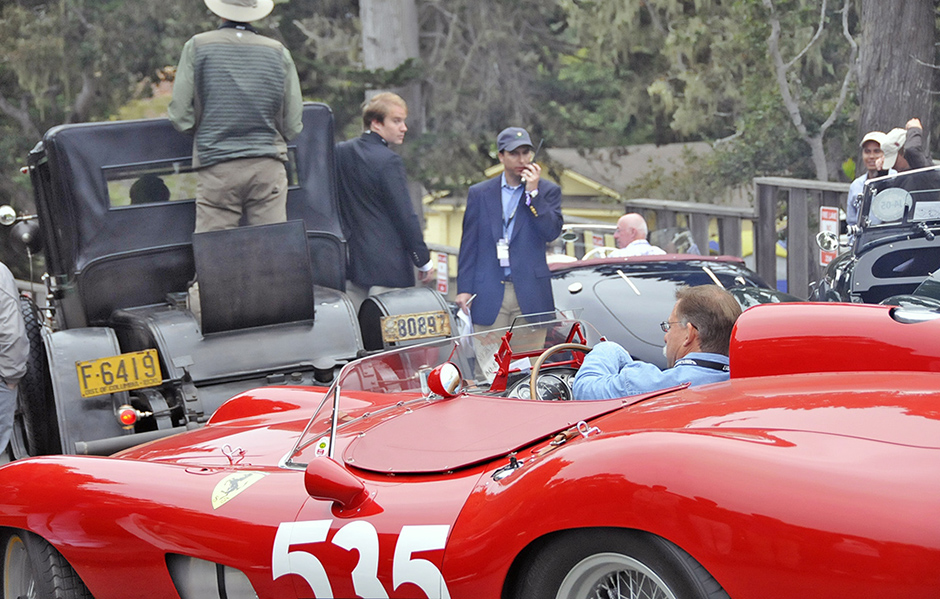 Mercedes-Benz was well represented with entrants from the ’20s, ’30s, ’50s and ’60s gracing Pebble’s well manicured lawns. As I looked over the gleaming polished aluminum/bright blue 1929 Mercedes S Barker bodied Tourer, I mentally pegged it as a best of show possibility. It was stunning in every respect and quite unusual to have been fitted with coachwork from the English firm Barker, a coachbuilder more closely associated with Rolls Royce and Bentley. So, I wasn’t entirely surprised to read Sunday evening it was indeed selected as Pebble’s 2017 best of show. 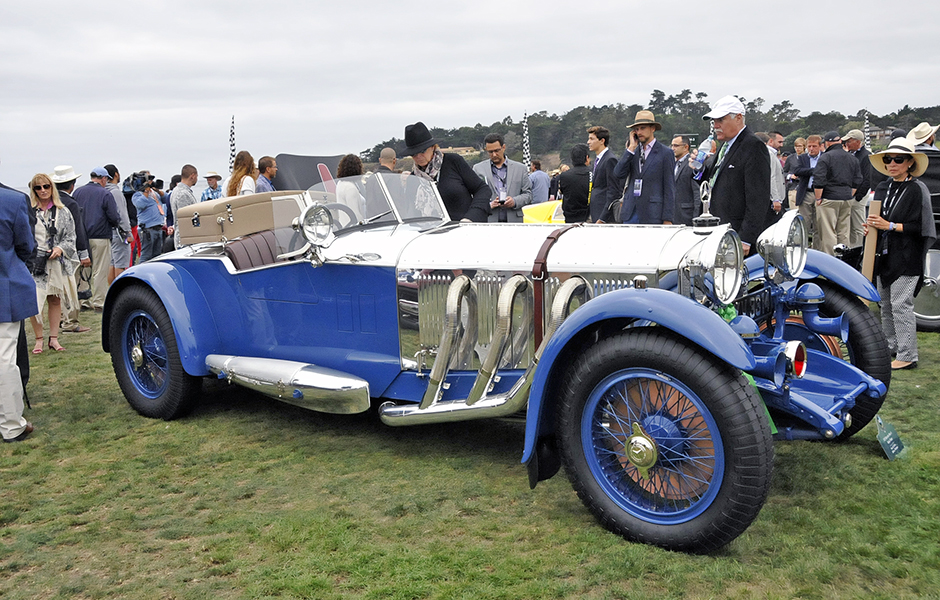 Luggage atop its gleaming polished aluminum boat tail, this 1929 Mercedes-Benz S seems ready for a high speed jaunt across England. In fact it made 2 low speed jaunts over the awards ramp at Pebble: once for best in class and again as best of show.

And I never know if something from my car crazy Father’s 10 year Ferrari buying spree from the late ’50s to the mid ’60s might find its way onto the lawn at Pebble. With Ferrari’s 70th anniversary being celebrated, there were no less than four Ferrari classes. Wandering the Ferrari One-Off Specials class I was stopped by a most distinctive red finned 1956 400 Superamerica coupe, a Boano design that sat in our garage in 1958.

I thought there had been only a few built and quizzed the car’s handler about its heritage to which he replied “only one was constructed and we don’t have much history on it.” Amazing. So, this was our car and once back home I was able to send along a few images and the Road & Track classified from which my father purchased the car. I was thrilled to fill in some important ownership history on this one-off Ferrari. Good fun and emblematic of the connections to be made – both personal and via the cars – during the Monterey Car Week. 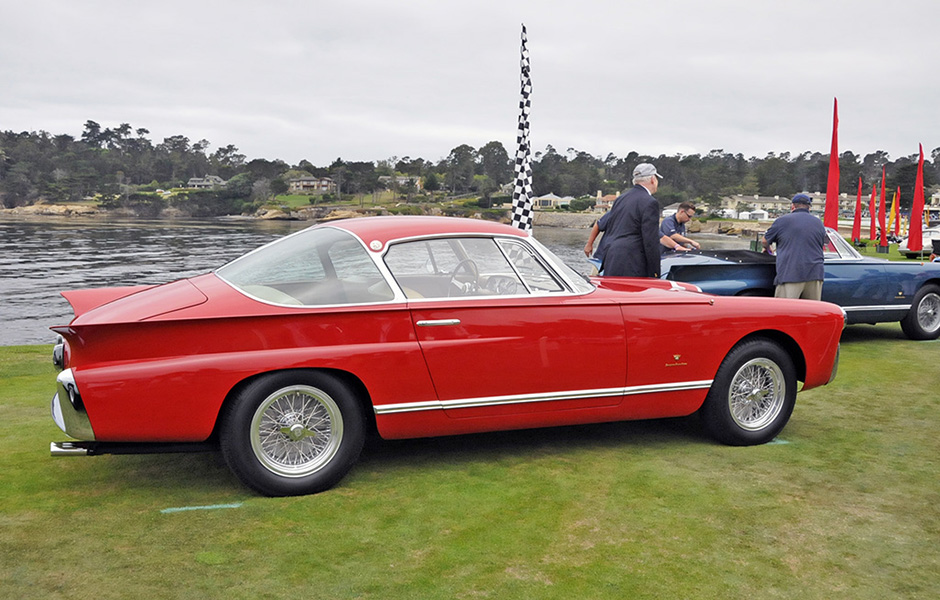 Your author’s Father owned this wild 4.9 liter finned 1956 Ferrari 410 Superamerica in 1958. I had not read a word about the car nor seen an image of the car in over 59 years and there it was on the lawn Sunday morning.