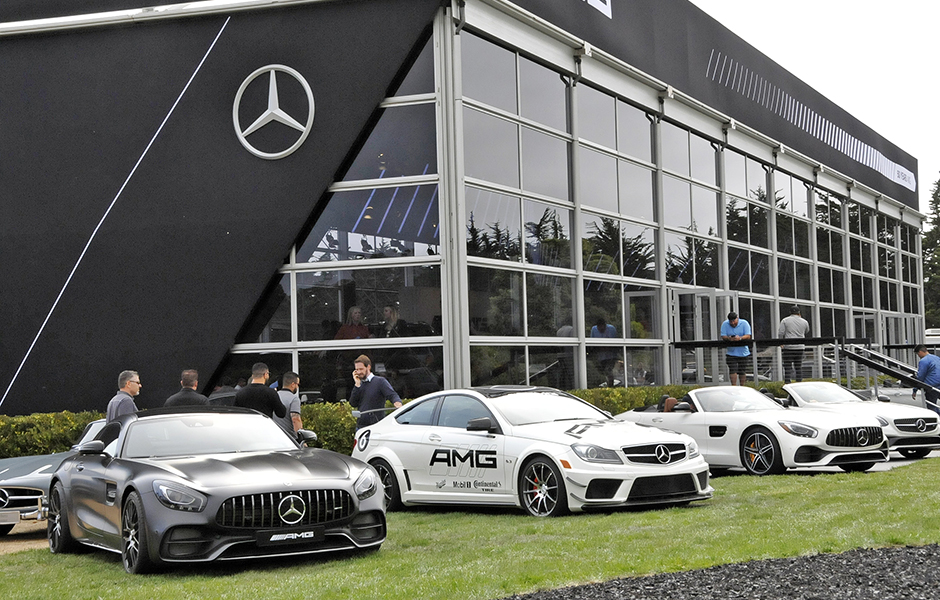 My plan for Saturdays during Monterey Car Week over the years has been to head up to the polo field area to look over the delicious offerings at Gooding & Co and then have a leisurely lunch on the patio in front of the Del Monte Lodge overlooking the 18th green. There’s quite a buzz in the air as the grounds crews scurry around setting up the awards ramp and precisely place flowers, bushes and decorations for Sunday’s Pebble Beach Concours.

After lunch its a short stroll over to the Beach and Tennis club were Mercedes-Benz Classic’s massive pavilion has been erected. My timing this year could not have been better because as my brother Tony and I rounded the corner of the matte black AMG liveried enclosure the jaws of an enclosed single car carrier were slowly opening to reveal MB’s newest show stopper, their Vision Mercedes Maybach 6 Cabriolet. What luck!

“The arc of AMG’s 50 year evolution was illustrated brilliantly by two themes, the venerated AMG 300SEL 6.8 competition car and the running gear of the (now released) AMG Project One hypercar. Well done AMG!”

As it rolled silently out of the container, every cell phone in the immediate area was raised to capture MB design chief Gorden Wagener’s stunning deep blue creation. And I mean stunning! Six meters of sensual automotive indulgence. Daimler had leaked some images to news outlets over the prior 24 hours to generate some buzz. And here it was in the flesh. What a nice prelude to the gems inside the pavilion. 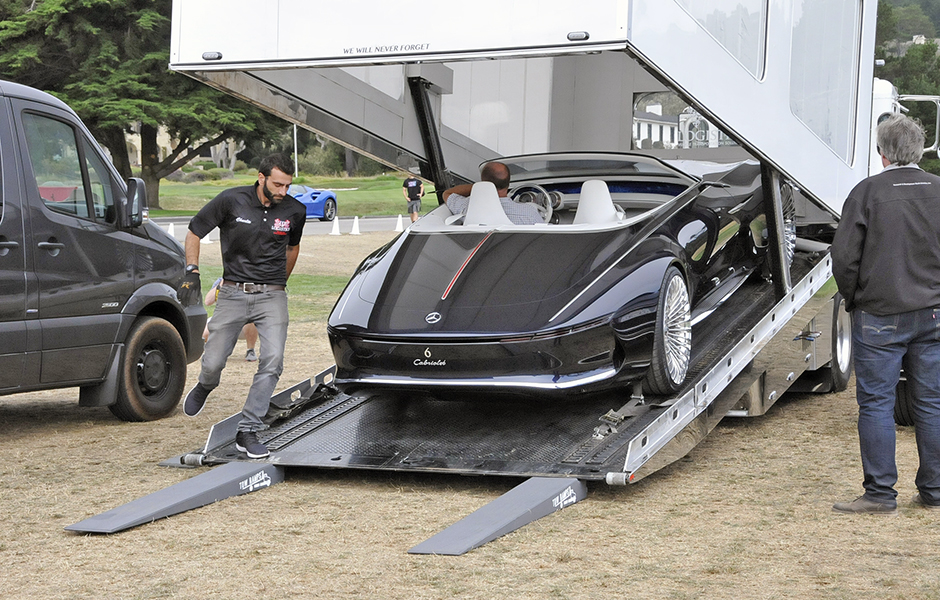 Inside and outside of the pavilion it was essentially 100% AMG, a mixture of new models and AMG classics spanning 30 years. The 3 vintage SLs – a 280SL,230SL and 560SL – sitting on ramps behind the enclosure looked quaint compared to the new cars with their bulging fenders barely concealing enormous wheels/tires and various massive wings.

The arc of AMG’s 50 year evolution was illustrated brilliantly by two themes, the venerated AMG 300SEL 6.8 competition car and the running gear of the (now released) AMG Project One hypercar. Well done AMG! 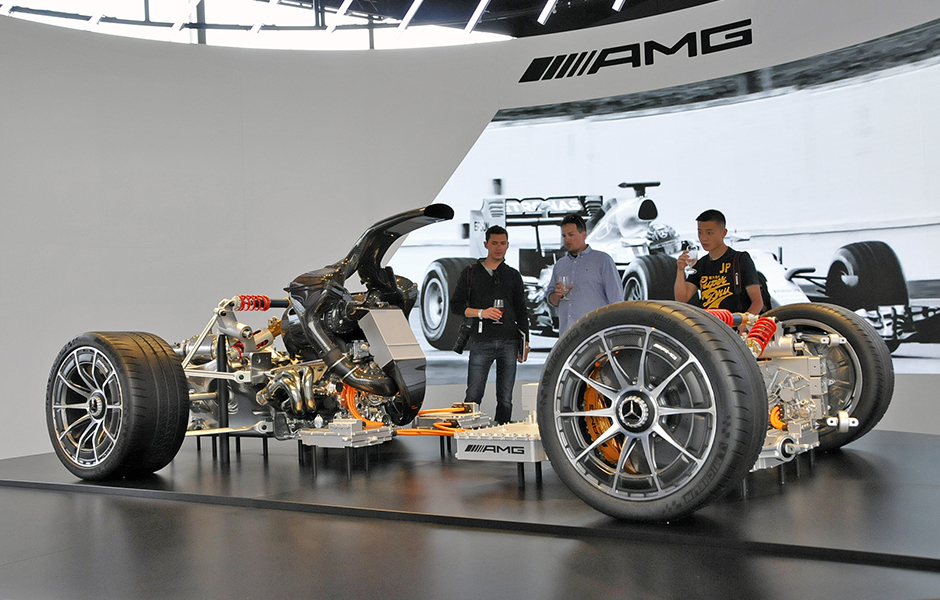