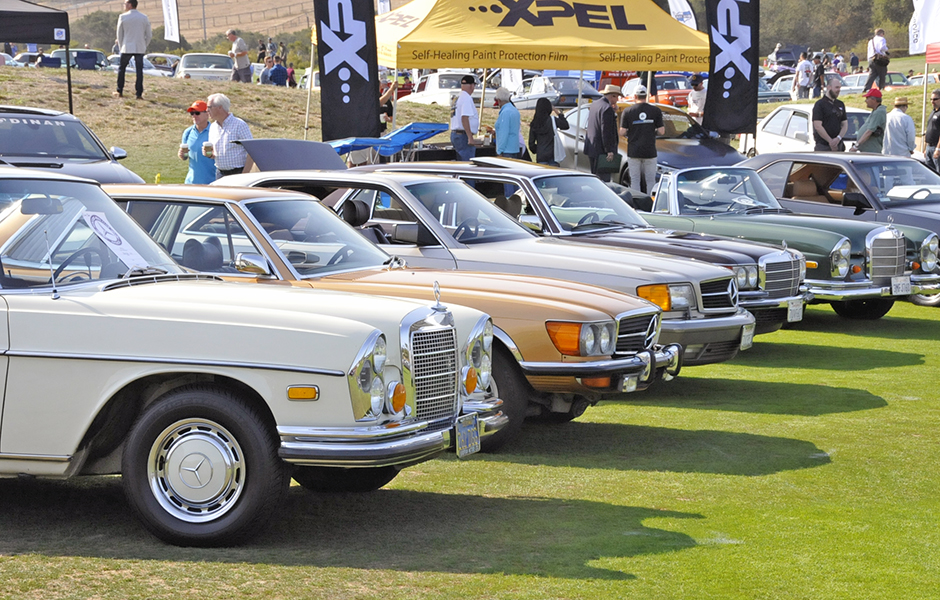 If you were interested in seeing the holy grail within the pre/post-merger AMG realm, Legends of the Autobahn on August 18 was the place to be. In concert with Mercedes-Benz Classic, Legends celebrated AMG’s golden anniversary with a exceptional display of rare AMG models.

Interspersed within the usual interesting offerings that Legends has become known for were entrants in the AMG Pre/Post-Merger 1972-1997 class. Standouts here included Allen Lyndon’s full spec (including the 32V cylinder heads!) 1984 500SEL, Mario Puente’s brilliant white 1988 560SEC wide body (with the car’s builder Eddie Lai in attendance).  A full spec 500SL complete with the ultra-are 5 speed manual gearbox was just a few paces away. Jeff Wong’s 1996 E60 was on hand and was nicely complemented by Jano Lukac’s 1987 AMG Hammer sedan.

The Modern AMG and Modified class was a 25 car display of audacious power culminating with John Friesen’s eye-popping electric orange 2014 SLS Black Series. Diversity has been a keyword at AMG from its beginnings and the firm’s tuners have touched so many MB models over the years. I spied a 2008 CLK 63 Black Series, a E63 wagon, an early normally aspirated E55, a few SLSs and a matte black AMG GT.

And the Winners are…

Best of Mercedes Marque and Best of Show overall was awarded to Jeff Wong for his spotless 1996 E60, one of only two known to exist in the US. Other winners are noted below. Mark you calendar for 2017 and remember the entire Monterey Week moves back one week so legends 2018 falls on August 24th. See you there!

One thought on “Legends of the Autobahn 2017”