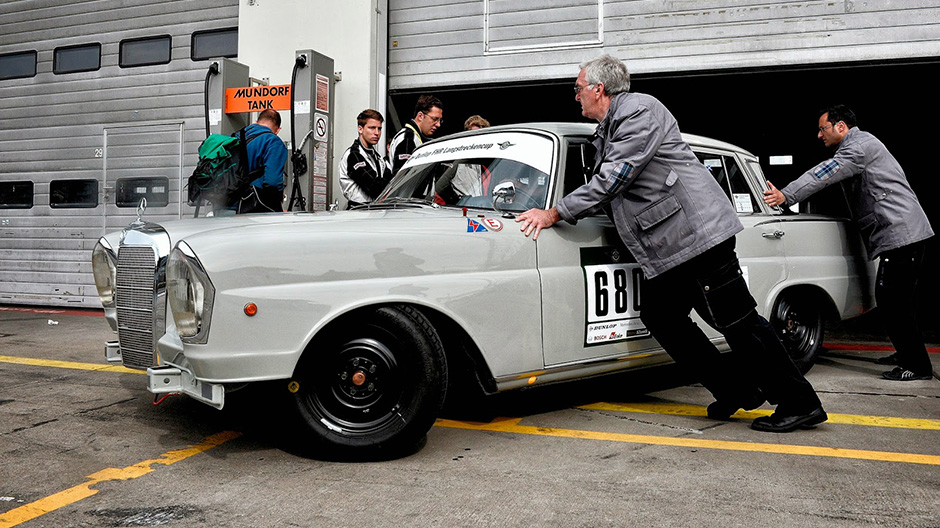 As promised in April of this year, Mercedes Classic in Fellbach has completed a 220SE Fintail prepared to the FIA’s International Sporting Code Appendix K. The light grey (DB 140) fin made its debut at the Nurburgring FHR contest the last weekend of October 2011.

Mercedes Classic has made good on its word to compete in Europe’s popular European Historic Racing Association (FHR) motorsports events. The factory prepared fuel injected 220SE sedan debuted at the season finale at the Nurburgring in late October.

I commented in my April 21, 2011 article on this program that we were unlikely to see Mercedes Classic’s resident pilot Jochen Mass at the wheel of a fully prepared fintail. While Mass was not on board, 1998 FIA GT Champion Klaus Ludwig was at the wheel on a track he knows well. Partnering Ludwig was Brit Andrew Frankel, Senior Contributing Writer and road test expert for Motor Sport magazine. As the British are wont to say, Frankel is one lucky bloke. 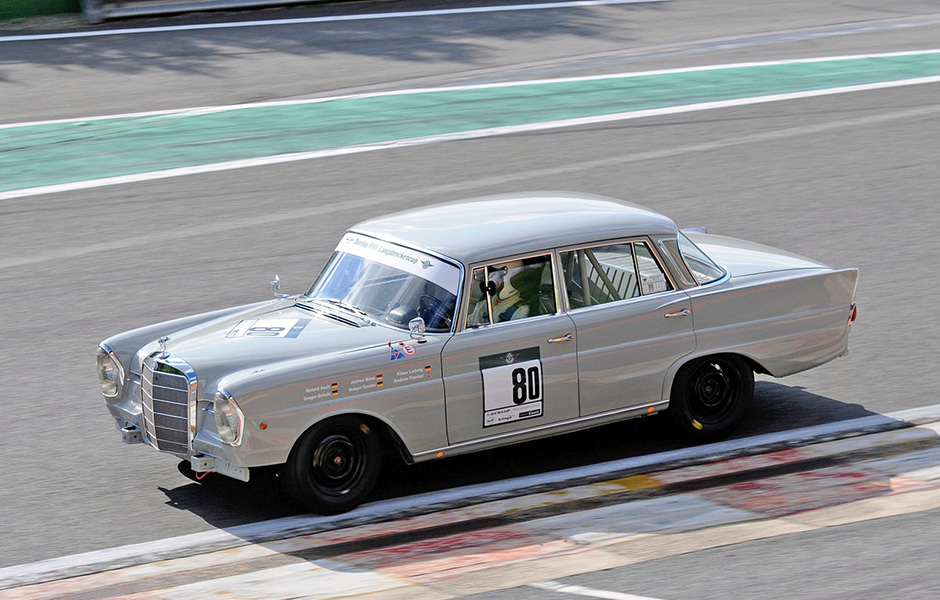 Anatomy of the racing Fintail

Tweaking the Factory 220SE with any substantial current technology would not only contravene the rules of FIA’s Appendix K but would destroy the point of the exercise: recreating a racing experience among cars that raced together in period. Hence Mercedes Classic did not create a 220 hp fin to steamroll the competition. Undoubtedly one of the finest competition fintails on the planet, this grey sedan employs current technology for driver safety only. We see a contemporary racing seat fitted with state-of-the art harnesses, an on board fire system and a roll cage very likely designed on MB’s computers. The rest of the car is largely stock – much like when Fins raced in period – albeit constructed to exceptionally highest standards. Some specifications from Mercedes follow. The stated power output seems very low to me at 120hp. A well built 220SE motor using the Factory’s machining and porting capabilities should return at least 180hp. Perhaps the competition mind games have begun… 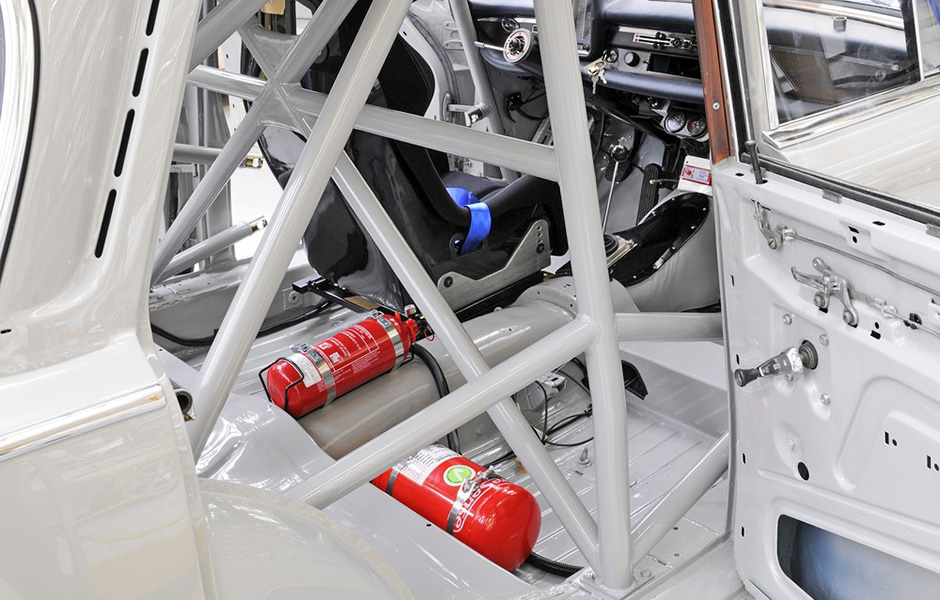 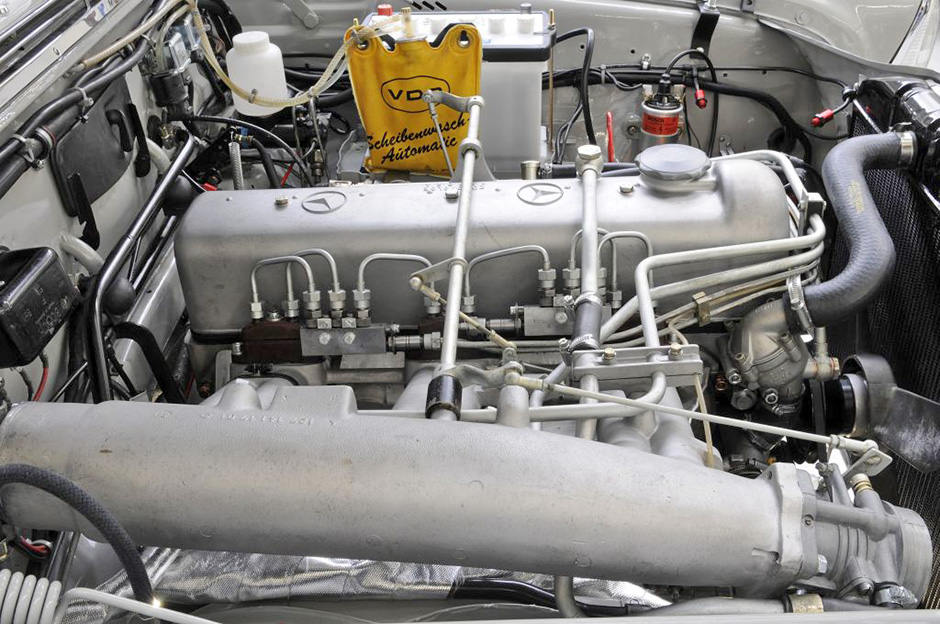 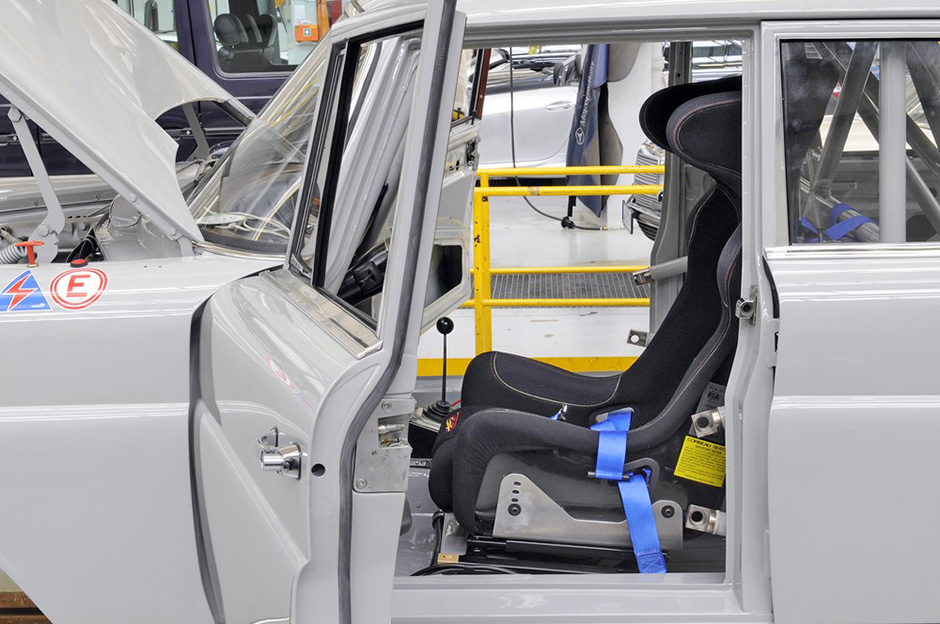