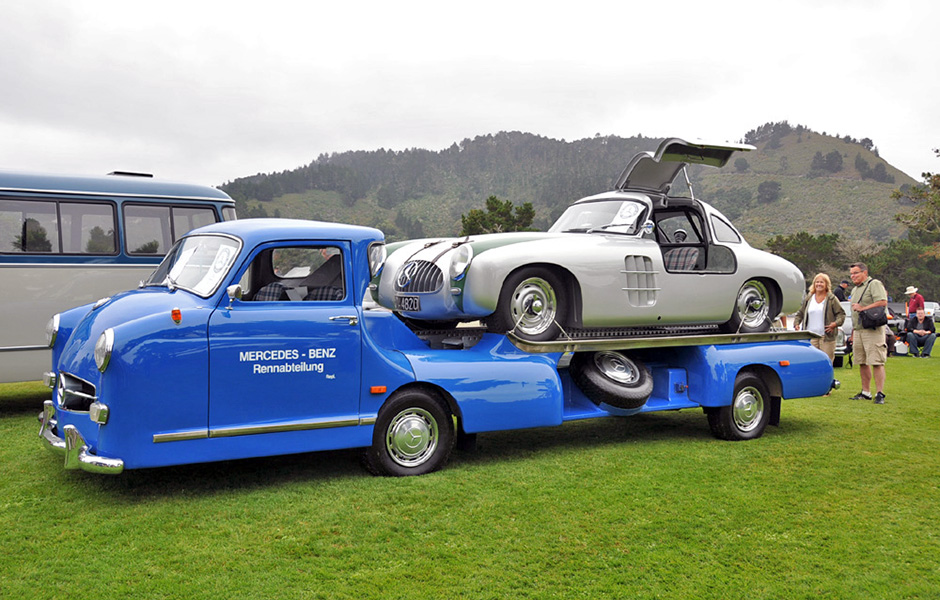 SOLD ON BEHALF OF OUR CLIENT to JAY LENO

While the original Renntransporter was crushed by Mercedes-Benz in the latter ’60s, the advent of vintage racing in the early ’80s led Mercedes to commission a replica for marketing purposes. This car is represented as the first attempt by MBZ using a Swedish vendor. Mercedes eventually cancelled the contract for this edition and commissioned a more exact duplicate from MIKA GmbH in Germany. That transporter was constructed is in the Mercedes Museum.

However, the Swedish vendor continued to construct his version for over 14 years and that effort resulted in the truck you see here. The engine is a 2-liter gasoline 4-cylinder mated to a 5-speed gearbox, which differs from the original, which contained the inline 6 borrowed from the 300SL.

The interior is an extremely faithful copy of the original which used an original Gullwing dash/gauges. The truck comes with aluminum ramps and is fitted with rear air suspension.

It’s fully operational and was driven during 2010 Monterey car week with the owner’s ‘toolroom’ copy of the 1952 Mercedes W194 300SL loaded on back. 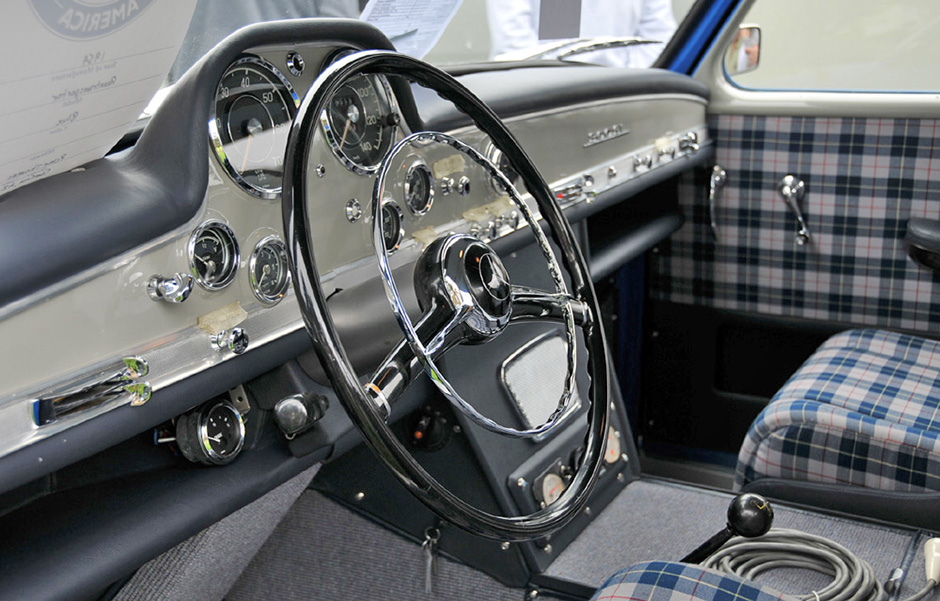