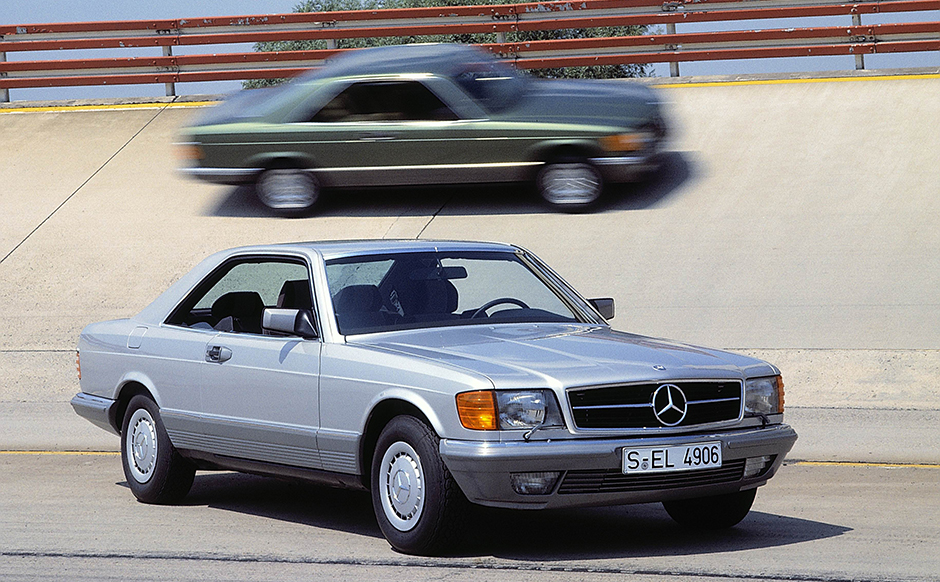 The proper successor to the 1971 280SE 3.5 Coupe? We think so. There is not an awkward angle to this timeless design. This is a European model 380SEC.

When Mercedes Classic Germany announced their Young Classics program in early 2011, it seemed there was more momentum in Germany for these newly crowned ‘Young Classics’ than in the states. 123 series diesel prices, particularly for wagons, were on the upswing in the states but 107 series SL prices had been stagnant for a few years and 114/115 sedans/coupes were failing to arouse much interest.

Also mentioned in last year’s Young Classic proclamation were the 126 coupes. In fact, Mercedes touted the entire 126 coupe production run from 1981 through 1991 as emerging collectibles. Understandably, any original manufacturer is generally out ahead of the masses when touting one of its earlier products as newly collectible. However, we’re on board with Mercedes-Benz not only regarding the SEC but any 126 series car, coupe or sedan.

“The car is incredibly quiet at maximum speed. It’s very comfortable and the steering is dead positive, only needing a bit of correction coming into the quartering wind along the straight.” 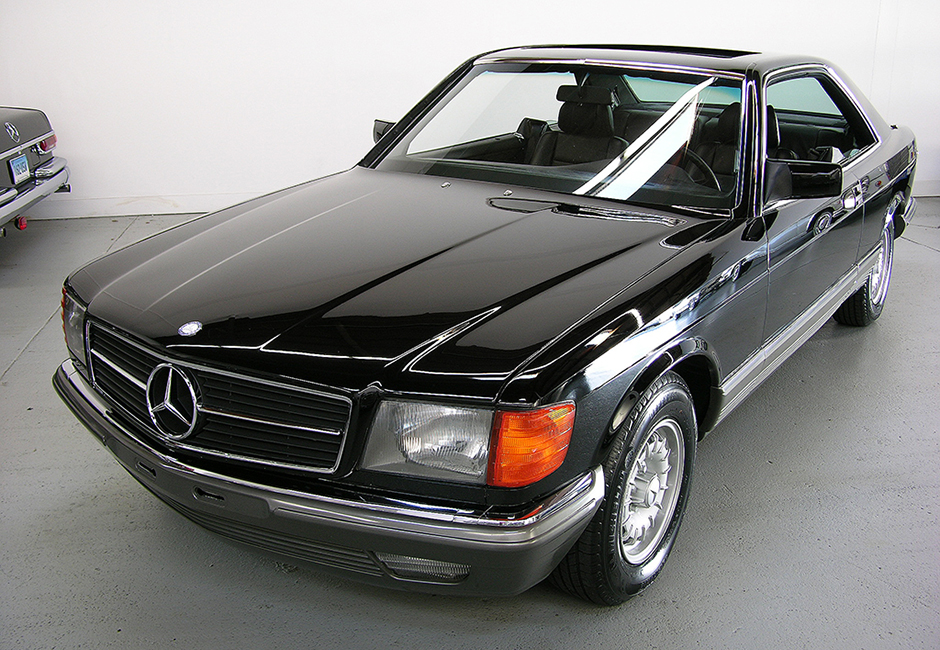 Note the purity of line on this 1984 European model 500SEC. Short bumpers and flush headlamps visually distinguish the car from a US model. This particular SEC has been slightly lowered. Gorgeous.

Let’s have a quick look at this series of Mercedes. It’s safe to say that Mercedes longs for the period from 1986-1991 when all other manufacturers were chasing the Silver Star’s well established overall build quality, used market resale values and stellar JD Power survey ratings. I wouldn’t hesitate to call this era a post-war Golden Age for Mercedes production cars and the 126 series models led the way.

I’ll parse the 126 production run slightly and ignore any 1981-1983 380 variant as unacceptable due to the many shortcomings of the M116 engine. North America received the 300SE/SEL, 300SD/SDL, 420SEL, 500SEL/SEC, 560SEL/SEC during the 1984-1991 period we suggest focusing on. Excellent, low mileage examples of any variant would be interesting. We’ll cover the diesels and sedans another time. 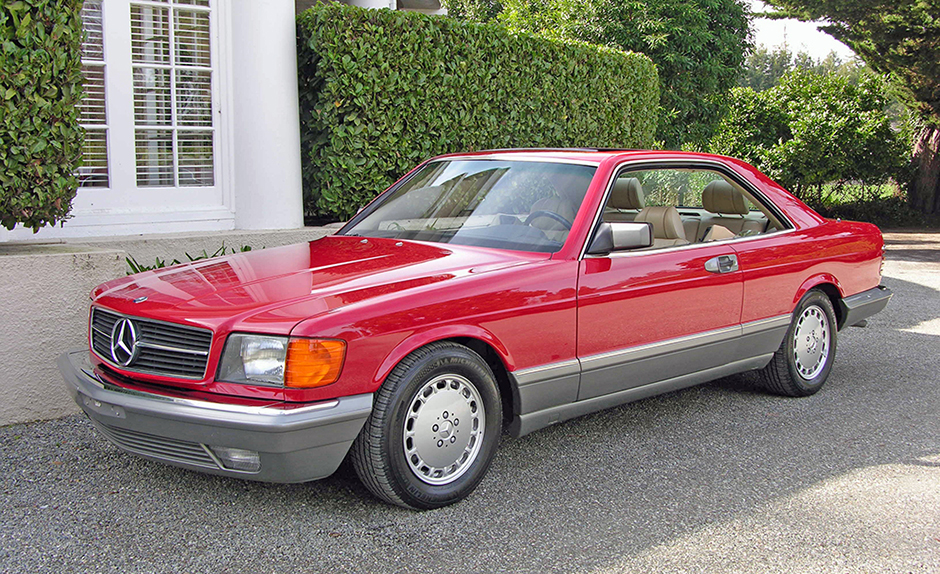 Elite Young Classic
The SEC at a glance

The SEC in 5.0 liter and 5.6 liter variants were the most stylish and most expensive 126 chassis with the end-of -series 1991 560SEC listing new for a whopping $82k. Lavishly equipped for the North American market, SECs historically offered few options. The early 5 liter cars (1984/1985 US) date themselves with 14? wheels and less than harmonious fluted grey (regardless of body color) lower side cladding. Power for the 5.0 liter cars was 184hp which seems paltry compared to the later 5.6 liter car’s 238hp, and the extra muscle is immediately felt when hustling a 560 down the road. 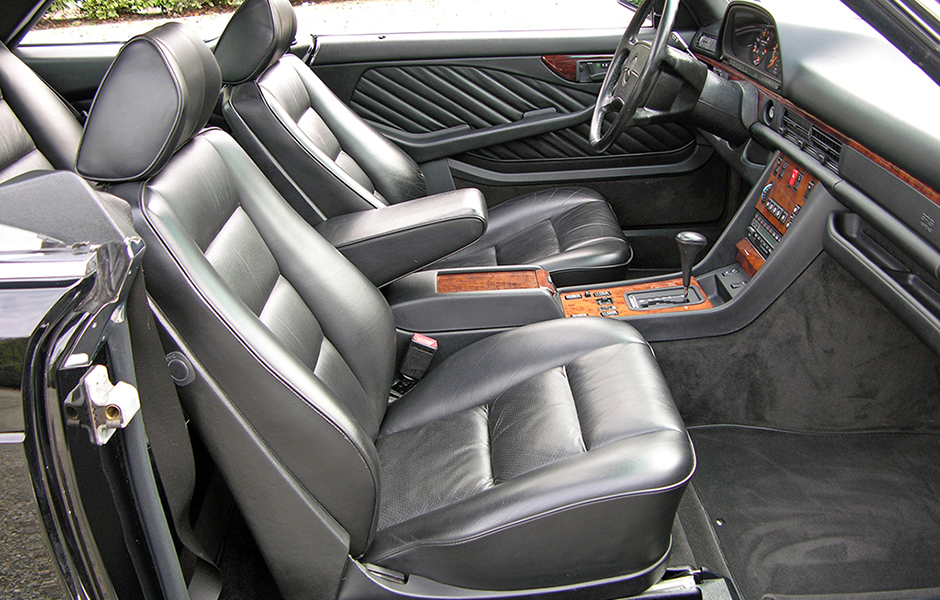 This was a sumptuous place to pass the time while cruising effortlessly down the Autobahn with the speedometer showing 200 km/hr. This is and end of era 1991 US 560SEC. Seat belts extended automatically for ease of use once you were seated. Materials used and build quality was faultless.

Which is the rarest 126 coupe? Throughout Mercedes history ‘S’ class coupes were never built in significant numbers and the production figures of the 126 coupes reflect this. Production for 1984 and 1985 500SECs was 1,608 and 1,667 respectively. US production of 560 SECs never exceeded 2,200 annually and I believe 1991 was the lowest production year but could not find data beyond 1990’s production of 1,183.

Which SEC should you buy? I won’t discourage you against any particular variant (aside from the 380SECs) and will remind all of the ethos of Young Classic collecting – buy the highest caliber, lowest mileage example available. A hobbling, 198k mile 560SEC with rigid rear suspension, collapsed front seats, cracked dash and perished burlwood will only cause you heartache. Substantial reconditioning is not an option due to the still comparatively low values – a serious impediment for most Young Classics. Buy a great one or one that has tolerable needs. My dream SEC? I suppose it would be a mint low mileage 1989 Euro 5.0 liter with US smog devices removed to free as many of the 252hp (DIN) as possible. This car likely does not exist in the States so an untouched, low mileage 1991 560SEC would be just fine.

The September 1985 Road & Track article on the 500SEC sums things up quiet nicely after a speed test with a new 500 SEC; “You’ve got to be fairly strong to keep this throttle glued to the floor all the time; it’s pretty heavy. The car is incredibly quiet at maximum speed. It’s very comfortable and the steering is dead positive, only needing a bit of correction coming into the quartering wind along the straight. […] The seats are firm but comfortable in the Germanic fashion. It feels like a large car, which it is, but nevertheless goes fairly quickly, and, again, the lack of noise is remarkable.” Indeed.