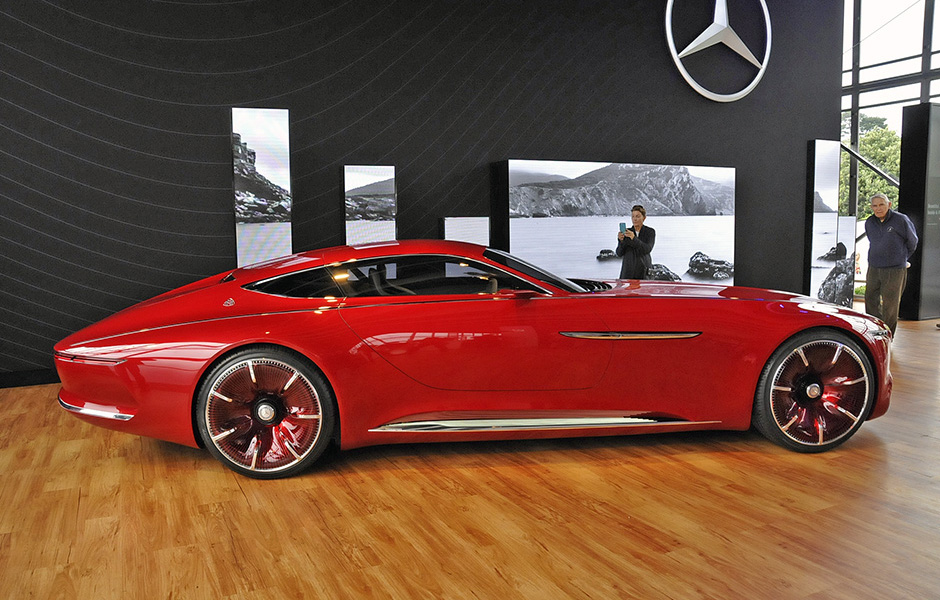 While strolling up the stairs to the Classic Center’s airy pavilion Saturday afternoon I felt an unusual buzz about the place. Yes, there was a nice array oldtimers on display – some I’d seen before and certainly a few new faces. Nothing new here. But everyone seemed to be gravitating toward the far left corner of the display and so did I.

The object of everyone’s attention was vast, red and vaguely otherworldly and according to the LA Times, appearing rather like a “large slice of pulled taffy.” This crimson red slice of taffy was the Vision Mercedes-Maybach 6. It was in fact the creation of newly promoted Chief Design Officer Gorden Wagener.

According to Wagener, he tossed some renderings on the table at a mid-summer Daimler board meeting suggesting it be built for Pebble Beach. And so it was and so it became the Media darling during Monterey week. It was maneuvered during the weekend by remote control and is powered by four compact permanent magnet synchronous electric motors that will provide 550 kW (750 hp). In the spirit of true show car whimsy, the ‘6’ relates to the Vision’s almost 6 meter length. The Monterey Week PR gold goes to Daimler and the bold Mr. Wagener. 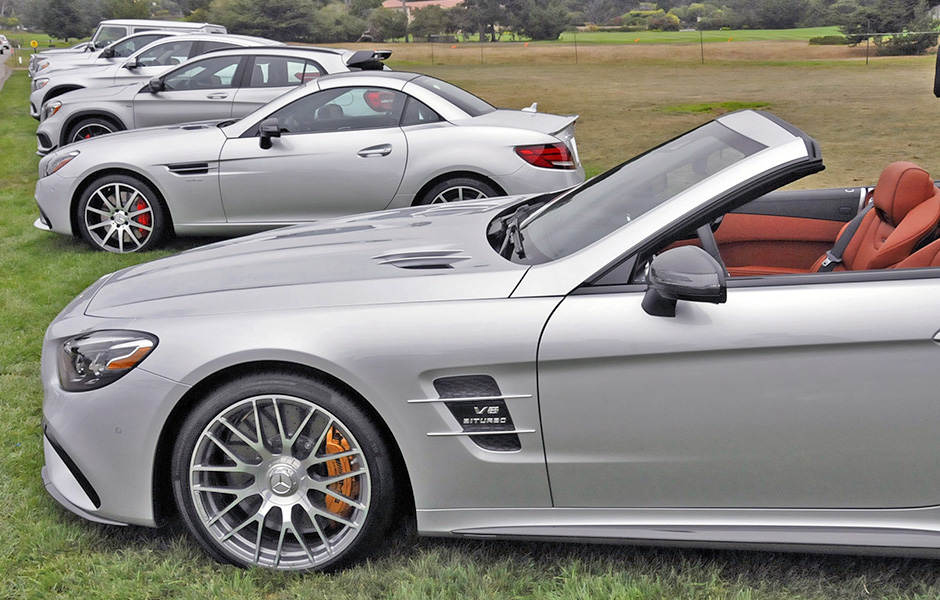 Oldtimers mix with the new

Pausing to really absorb the extraordinary diversity of cars that the Classic Center arrayed at Pebble, I was stunned once again by MB’s ability to create masterpieces of design and technology over such an extensive range of motor cars for the better part of 130 years. An entirely separate Pavilion could have been devoted to vintage trucks and buses.

Many thanks to the hard working men and women at the MB Classic Center. The 2016 display was stunning and I really can’t imagine what 2017 will bring. My reservations are made. 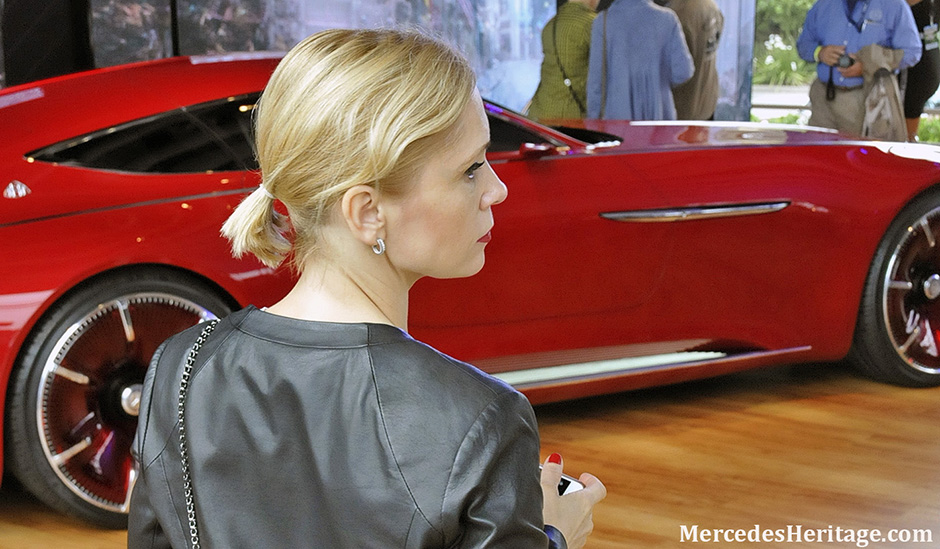