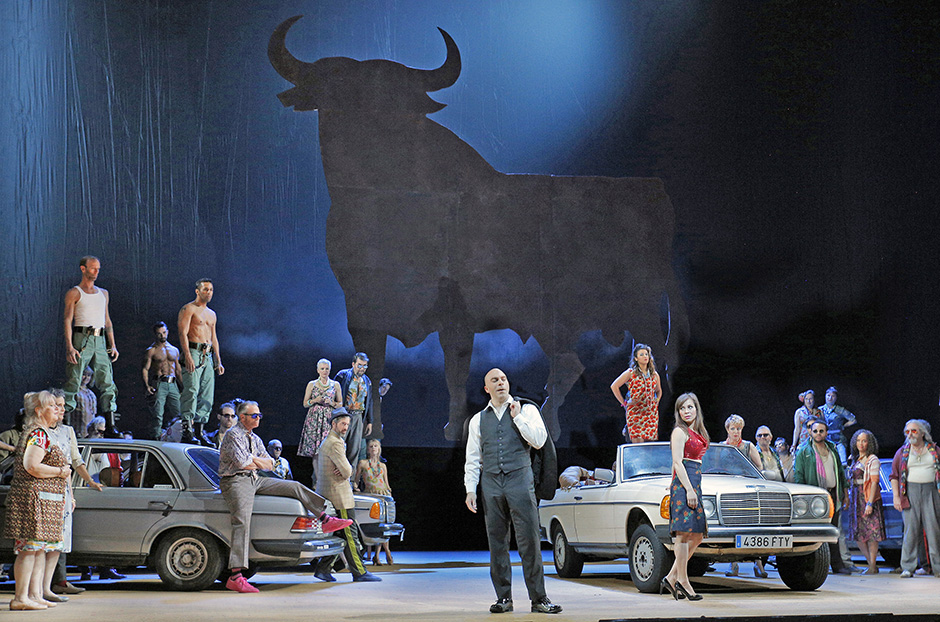 When Catalan opera director Calixto Bieto visited Spain for inspiration for his modern interpretation of Bizet’s classic – and numbingly long – Carmen he came away with some very strong visual cues that he would integrate into the piece. Both were ubiquitous to the area: He chose the towering roadside Bull profile billboards from the Osborne sherry concern of the ’50s and…the Mercedes-Benz 123 series diesels.

According to the LA Times’ Mark Swed it was an “evening of powerful, illuminating theater.

These icons were front and center during the North American debut of Bieto’s shortened Carmen at San Francisco’s War Memorial Opera. A total of six 123s – including a 300CD with its roof removed – mingled on the stage with the chorus and title star Ginger Costa-Jackson.

The sight of the singers performing in, on and around the iconic and beautifully weathered 123s under the massive shadow of the Osborne bull was powerful – and successful. 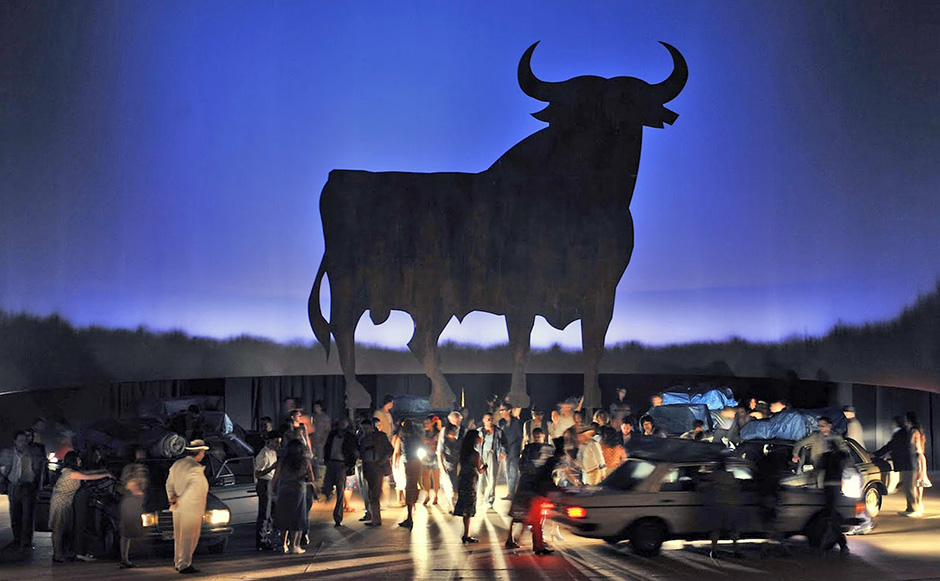 The iconic Osborne Bull towers over War Memorial’s stage where singers carry the plot forward among six clapped-out 123 MBs. Quite an unusual sight.

According to the LA Times Mark Swed it was an “evening of powerful, illuminating theater.” And just where did these engine-less 123s come from? Janet Migliore, owner of MB Garage in San Mateo, CA handled all the preparation including engine/transmission/fuel tank removal and sundry other mods for the stage.

Working carefully with the opera’s Prop Master Lori Harrison, Janet has become very much a part of the shows success. One car was rigged with an electric motor to allow it to be ‘driven’ on stage. Bravo MB Garage and the SF Opera!