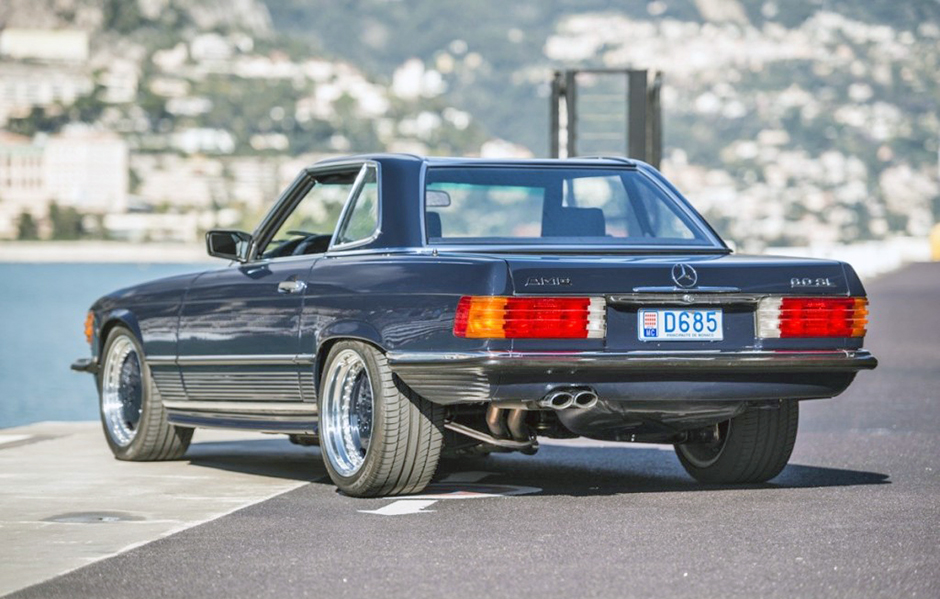 This extraordinary 560SL-based AMG creation recently popped up for sale offered by a dealer in Monaco. Aside from the car’s epic specification, the car boasts an ownership history that includes a gentleman who is particularly familiar with Monaco’s charming, twisty streets – the great Michael Schumacher.

One of three such examples constructed circa 1986 by AMG – the original uncompromising AMG that existed before being purchased by Mercedes-Benz – this SL represents the peak of 107 performance and grip. 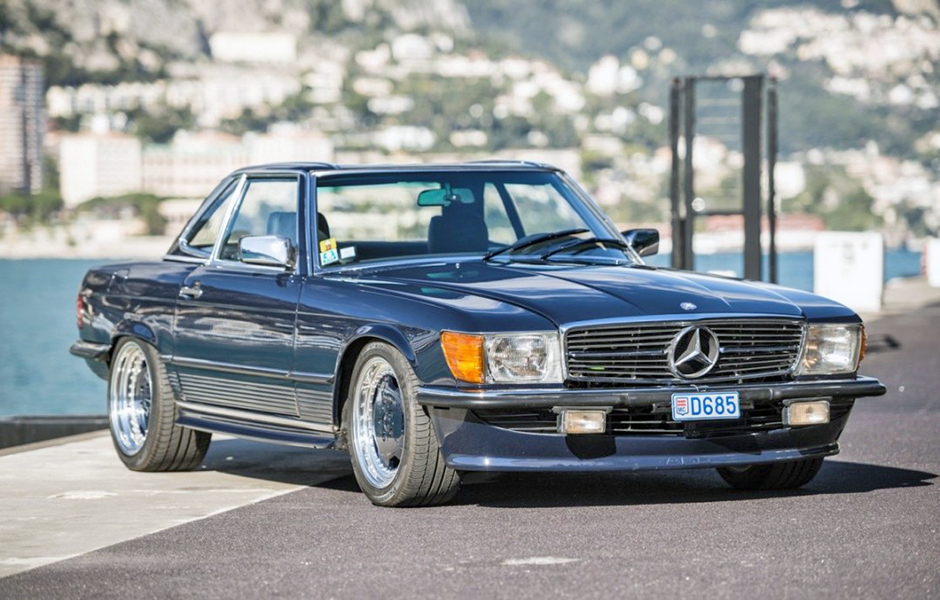 Performance suitable for a Champion

Cosmetics are tastefully restrained and are embellished by AMG’s signature mono-block alloys, a deep chin spoiler, side rocker extensions and surprisingly no tail spoiler. The package looks fabulous to me. 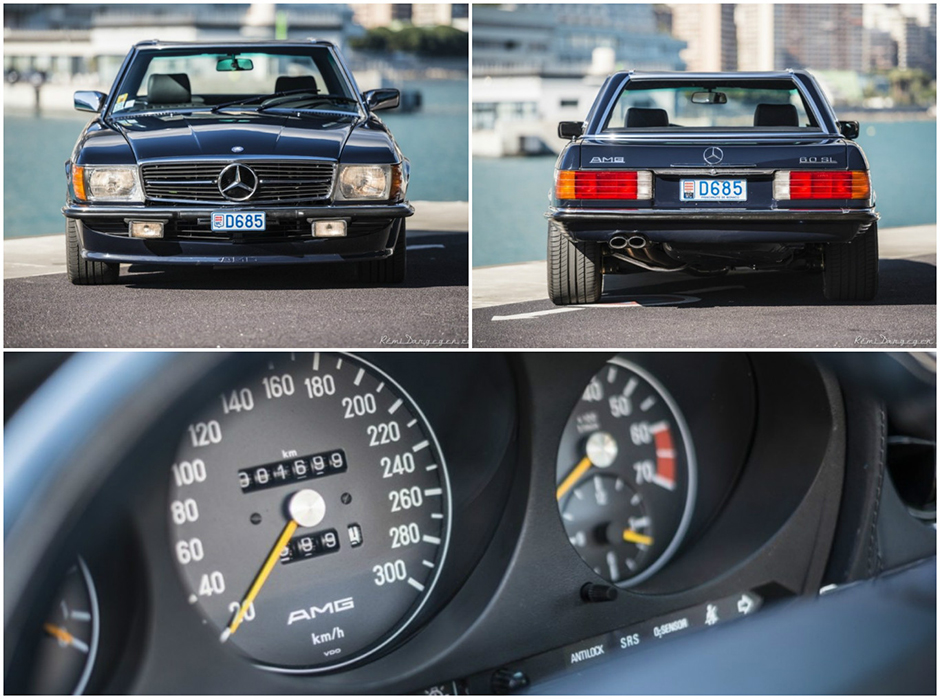 It appears that this wheel/tire combination is the largest that a 107 can accommodate without coachwork modications. Maybe just 1700 miles since the restoration.

Restraint was not on for the interior and it’s a rich mix of full blue – it was originally delivered in tan – leather (including the dash pad/center console!), rich blue-hued burlwood and a fully integrated trick sound system. During its restoration by ex-AMG man Pano Avramidis, an E55 steering wheel and kinder seat were added.

It’s still available for about $330k and I would surmise that when it sells it will likely be the most expensive 107 on the planet. 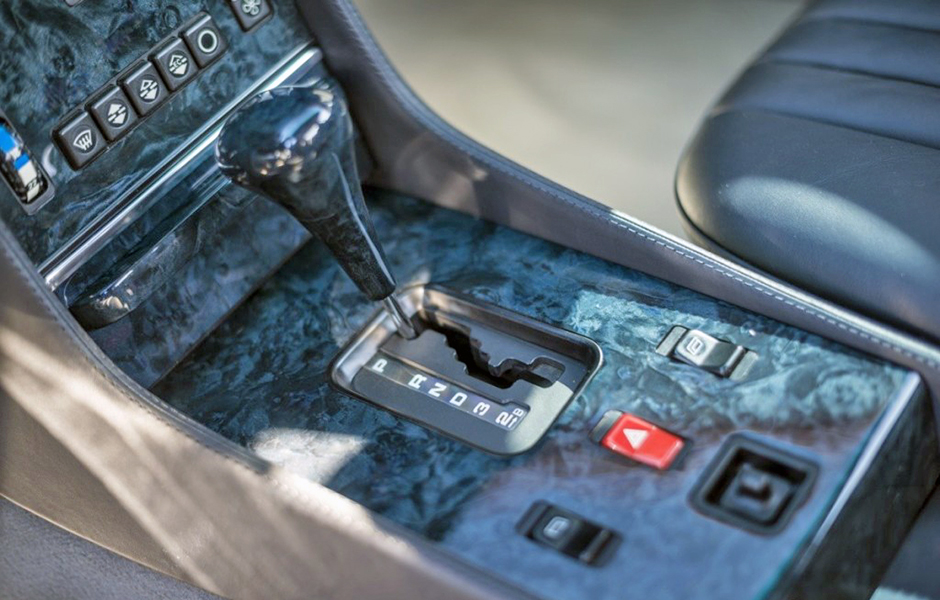