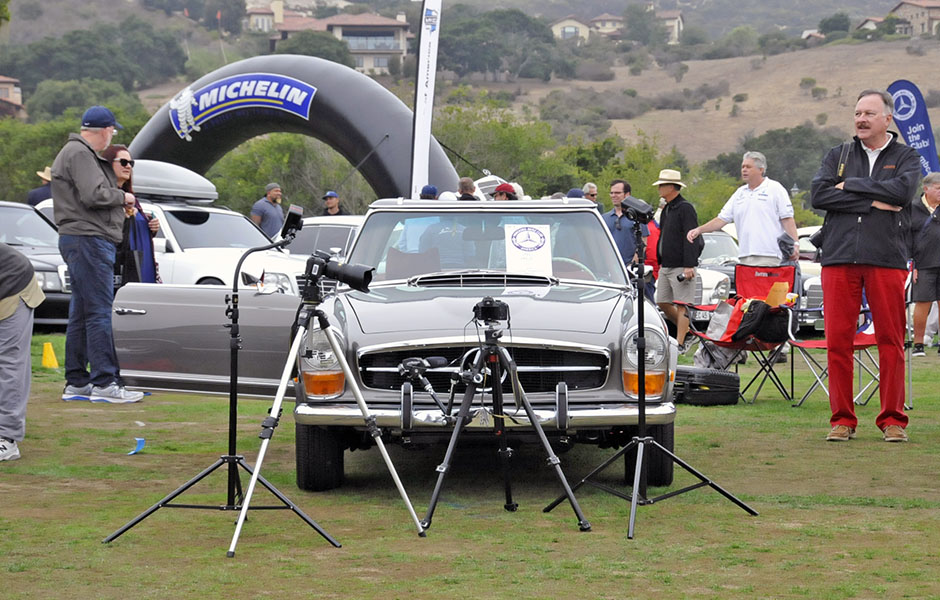 Legends 2016
A Monterey must

Wandering the massive display of German engineering arrayed over the manicured lawns of the Jack Nicklaus Golf Club has been my Monterery Friday early AM ritual for some years now. While the cars are always intriguing, meeting friends and clients from around the globe is always great fun.

Chatting with clients Phil Lutfy, Marc Winnikoff, Chuck Stanford, Dan Bender and Ralph Moceo about the state of the classic MB world confirmed that our hobby is thriving and that the Mercedes young and oldtimers present were indeed in good hands. Chuck Stanford was particularly pleased because MB corporate scheduled a video shoot with him and the spectacular anthracite/red 280SL I sold him in 2014. Evidently it will be part of an overview of the MB scene in Monterey this year.
Restomod comes to Legends

MBCA cleverly added the Custom/Modified Class this year to accommodate the genre of ‘restomod’ in the Mercedes realm. Class winner Giuliano Fuimani’s gorgeous black 1963 220SE cabriolet had been fitted with a 3.5 liter V8, 5-speed gearbox, 16? wheels and a massive driving light in the center of grille shell. The workmanship was superb with all modifications beautifully integrated. The modified cars were an excellent addition to the show.

Best of show for Mercedes was Eric Bergstedt’s meticulously restored and upgraded Silver 1992 500E. My favorite car? Being a Fintail addict I would have to choose fellow Fintail addict Bob Gunthorp’s 1967 200D stretch limousine. Enjoy the photo essay below and be sure to visit the show in 2017! 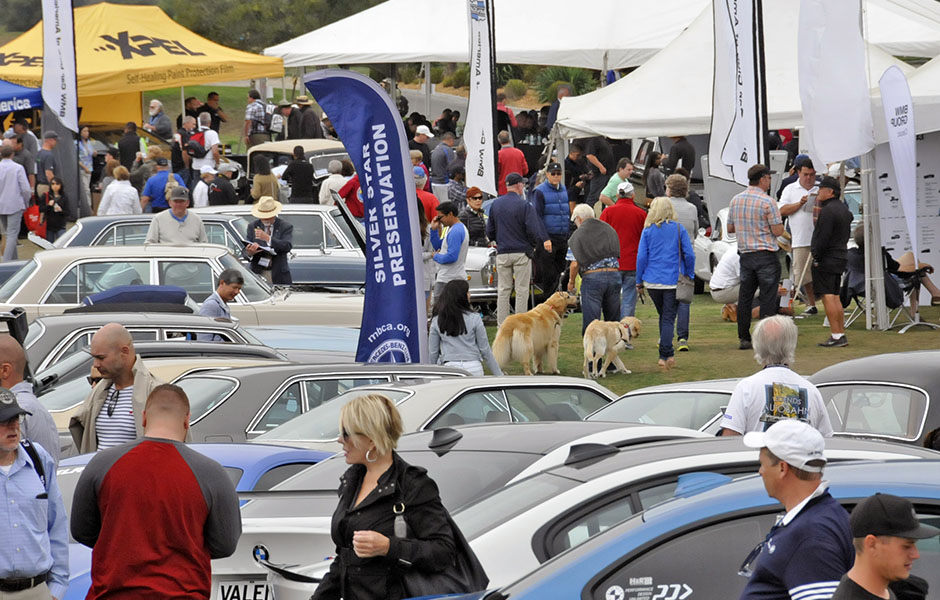 Legends of the Autobahn 2016