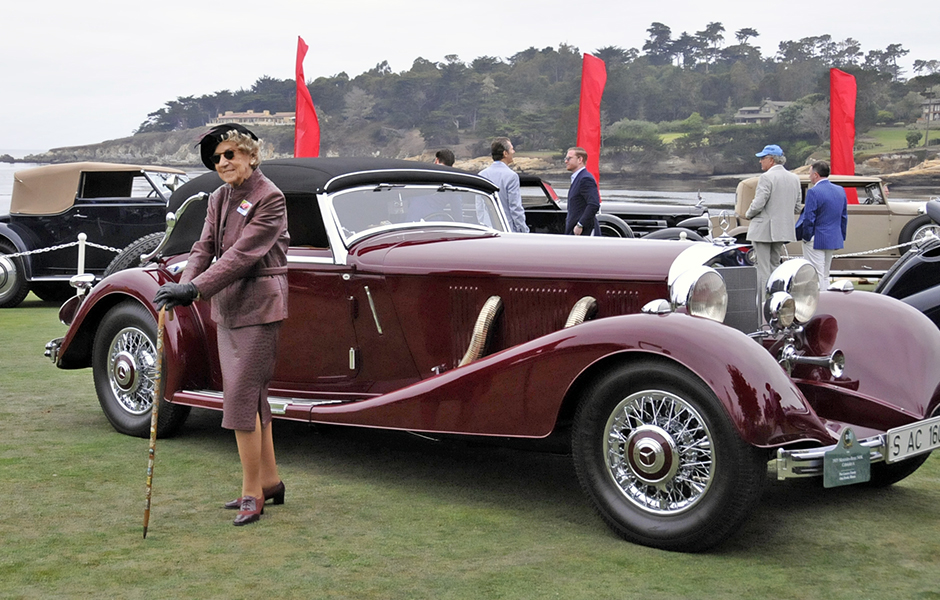 While the best of show confetti did not rain down on a Mercedes-Benz at the conclusion of the Pebble Beach Concours 2018, Mercedes nevertheless generated considerable buzz on the lawns with the debut of Gorden Wagener’s latest dream car, the Vision EQ Silver Arrow. David and Ginny Sydorick’s 1937 Alfa Romeo 8C 2900B Touring Berlinetta captured best of show, the second time an 8C 2900B coupe has won the coveted price in the last decade.

Reflecting Pebble Beach’s general bias toward pre-war classics, the Mercedes’ on the field were established pre-war icons, two sweeping coachwork 540K Cabriolet A models and a muscular 1929 710 SS Barker Tourer Race Car and the Mercedes Classic Center’s 1935 500K Special Roadster. Impressive cars but the crowd around the latest Silver Arrow dream car sitting on Pebble’s practice putting green just across from the Lodge’s front door betrayed an interest in the future rather than the distant past. 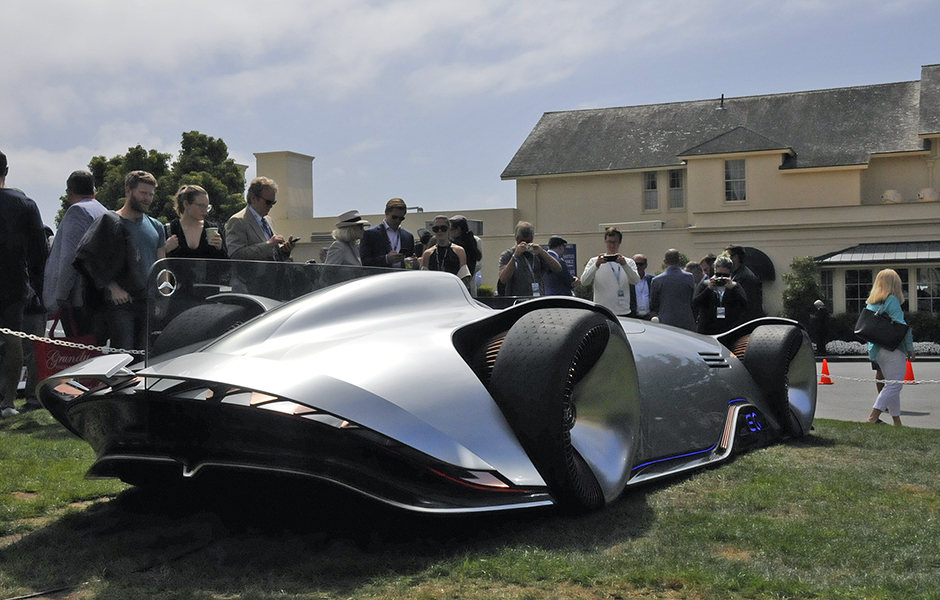 Vision EQ Silver Arrow was a show stopper sharing the lawn with other dream cars.

MB design Chief Gorden Wagener’s fanciful knee-high Vision EQ Silver Arrow is a brilliant homage to the pre-war W125 record car that was on display at the Classic Center’s pavilion and, I would add, an homage to the 1955 W196 streamliner. The more you looked at the car the more clever details revealed themselves. The wheels – featuring 168 spokes – feature half fairings that do not rotate and were works of art. The over sized finned brake housings are reminiscent of the W196’s massive finned inboard drum brakes.

The 550 kW (750 hp) Vision EQ is essentially silent but the driver can select the the sound of a current Formula 1 Silver Arrow or a Mercedes-AMG V8 engine. And Pirelli molded bespoke tires with a tread design of…MB stars. Fabulous creation.