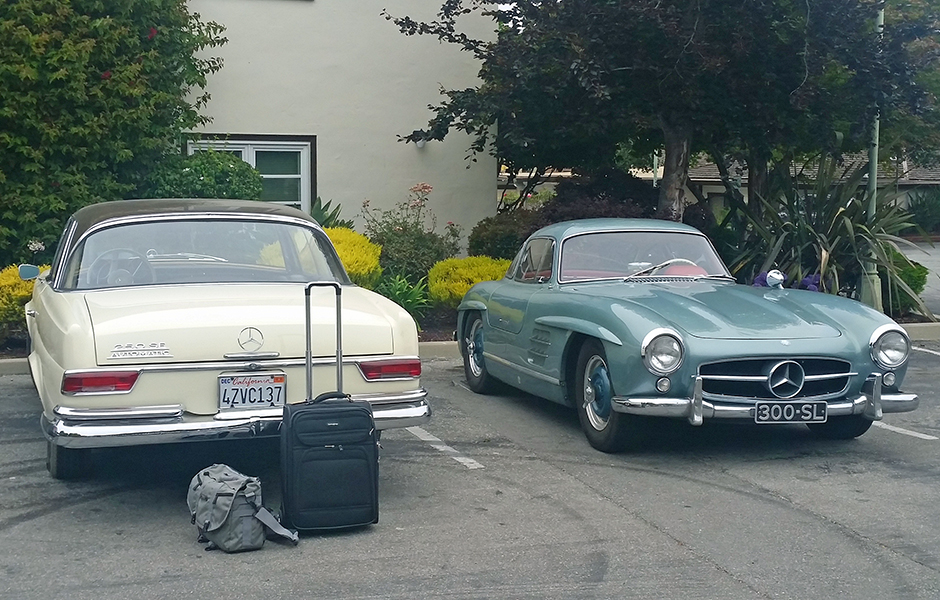 While the crackling mob of super/hyper cars that attacked the streets during Monterey’s fantastic Car Week garnered most of the cell phone attention, those with keen eyes not blinded by electric green Lamborghini Aventadors and Camo wrapped Hurracans could spot some cool old school MBs going about their business. Monterey has been an active enclave for Mercedes products for many decades and I’ve bought dozens of cars in the area in the last 28 years.

As I wandered the streets of Carmel’s downtown ‘Village’ each evening I spied interesting MBs on just about every block, most of which were simply the cars of the locals going about their business amid the mayhem. I seriously doubt whether the owner of the spotless 1980 Manganese Brown 300SD was impressed by the moron in a new Lambo executing redline launches from the corner of Ocean and Lincoln avenues. 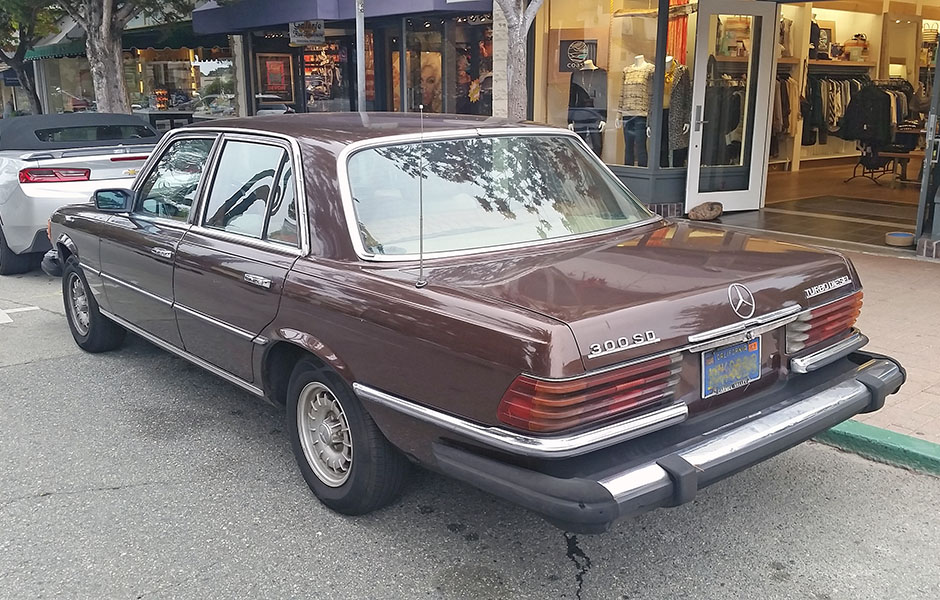 123s were well represented and I spotted a few spotless 300D turbos as well as a comprehensively neglected 300D with a for sale sign in the window, its owner rather optimistically hoping for a buyer within the one percenters passing by. There was a side swiped ’84 300SD with later style wheels, a tatty first generation 190E and a spotless champagne 450SL resplendent in full late ’70s kitsch with chrome alloys and chrome wheel arches.

The smoke silver 560SEC sitting across the street from the Cypress Inn was a picture of quite, confident elegance and taste. 140 sedans were represented as well although the ’97 S600 sedan sitting in front of the Aston Martin enclave looks to have caused its owner a walk home; it had obviously been sitting at the curb for weeks…

Yes, there were some serious MBs laying about as well. As I eased my 250SE coupe into a parking spot at the Casa Munras Saturday night, I found myself next to a gloriously weathered Gullwing and I stumbled upon a brand new eye-popping red E63 wagon while strolling down to the Forge for a beer with my brothers. Have a look at the Gallery below to savor the on-the-street MB vibe in Monterey this year.