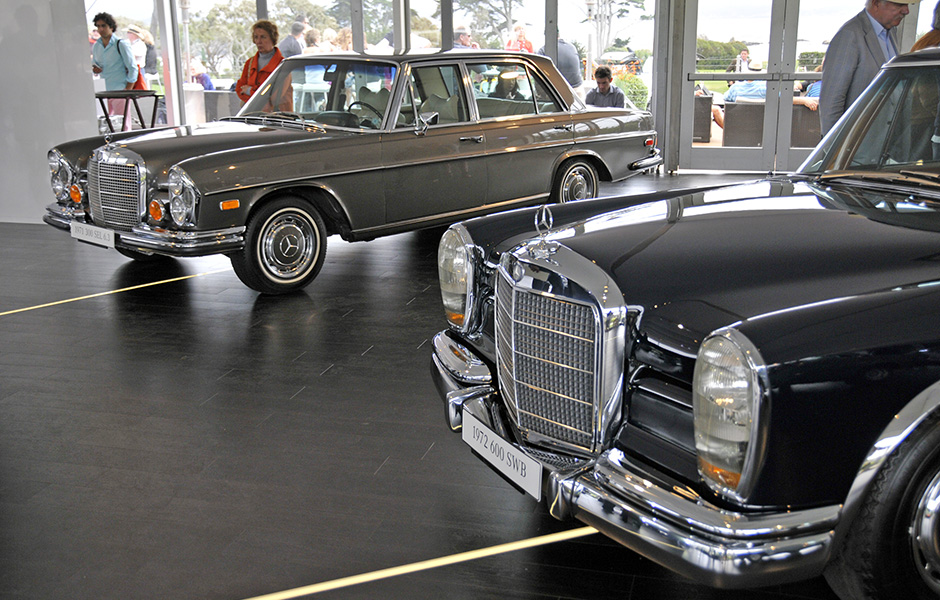 Our friends at the Mercedes-Benz Classic Center again dazzled with their Pebble Beach pavilion during August’s Monterey Week. With the Monterey Peninsula overrun with potential S-Class clients it was no surprise that the sexy new S550 was center stage and surrounded by a number of its distant predecessors.

We can’t remember when we last saw a 450SEL displayed at the Classic Center’s Pebble Beach enclosure but there it was, a 906 blue metallic late ’70s 450SEL. This recognition is well deserved because it can be argued that the superb 116 platform was the car that forever established the S-Class as the luxury sedan against which all others would be measured in the US. From about 1978 forward no self respecting titan of US industry would be without one. 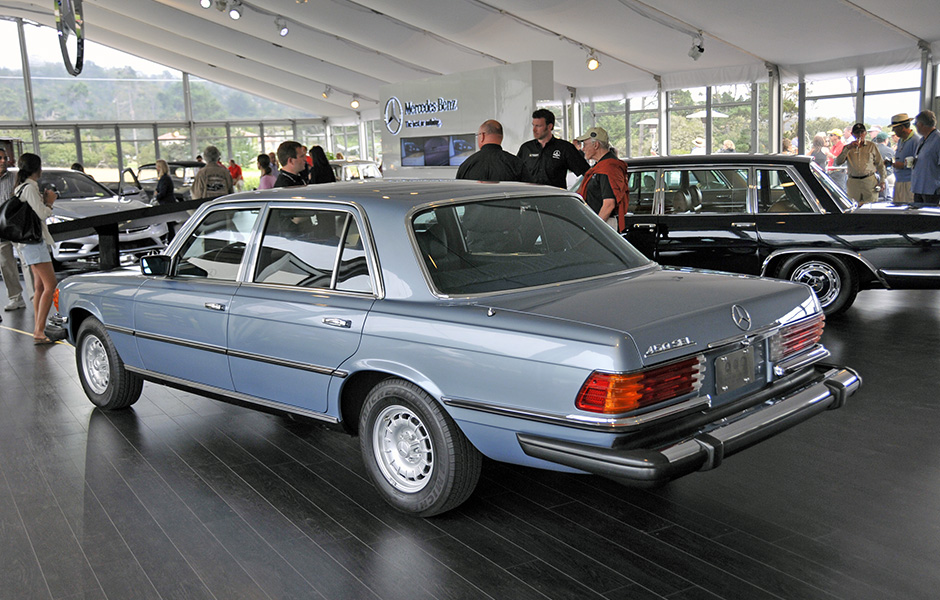 This late series 450SEL was no trailer queen: the odometer showed enormous mileage. It’s an S-Class icon however and established the series as the luxury liner of choice among USA’s titans of industry.

Yellow in the Black

Nor can we remember when a fintail graced the pavilion but there was a spectacular extremely low mileage 220SE exuding ’60s S-Class opulance. Other S-Class sedans gracing the floor included Luis Pacheco’s 21k mile anthracite 6.3, a Midnight Blue 600SWB and a gorgeous end-of-series 300d Convertible D.

Young classics were represented by a spotless low mileage 450SL and SLs of the SLS, SL gullwing and 300SL roadster genre were arrayed outside. The vibrant yellow SLS Black Series would be our car of choice to rumble around the Peninsula during the manic Monterey Week. 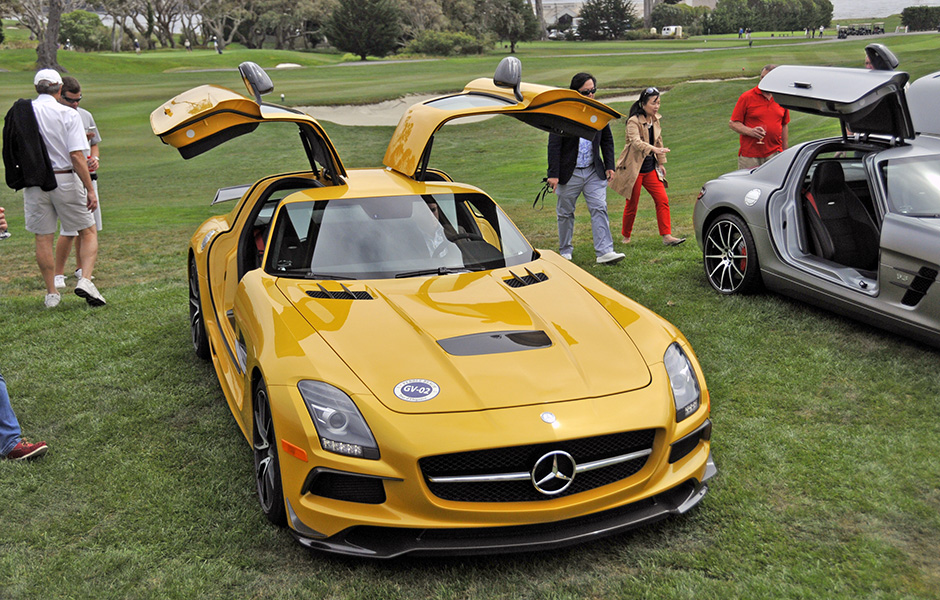 The latest thug in the ongoing AMG Black Series looked smashing in yellow. Exclusive Vehicles Product Manager, Will Vetter, graciously featured the SLS lineup to any and all that were curious about these amazing cars.