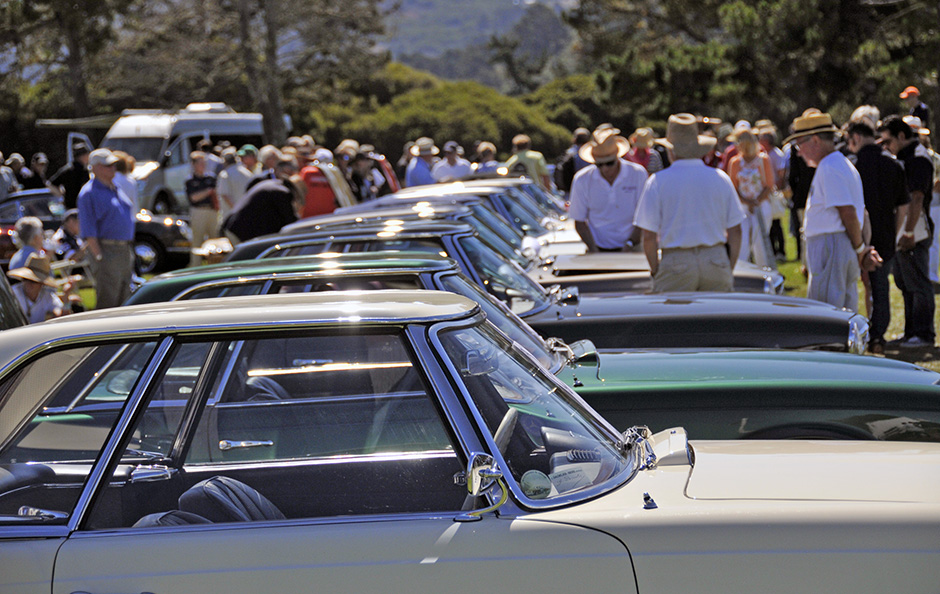 Legends of the Autobahn
Now a Monterey “must visit”

Legends of the Autobahn has arrived! Motoring enthusiasts who prefer to drive automobiles born in Stuttgart, Zuffenhausan or Munich now have their own substantial Monterey event. Now in it’s third year, Legends has the gravitas of an established Monterey event which means you now need to pay attention to the crowds.

Unlike the serene scene in years past, when I rolled in early Friday morning for this year’s event there were parked cars lined up Carmel Valley Road and a steady stream of entrants and spectators arriving. Again blessed with spectacular weather and a massive display of Mercedes-Benz’, BMWs and Porsches, Legends offered all any German car gearhead could want.
600s and the Pagoda celebrate their 50th anniversaries

Mercedes-Benz focused on the debut of the sleek and organically stylish new S-Class and provided a 2014 S550 to share the MBCA tent with Pat Matthews’ stunning anthracite 600SWB, the single example on the lawn in the year of its 50th anniversary.

The Pagoda’s 50th celebration was well supported with a large group of cars shown for judging and display. The quality of Pagodas ranged from a lovely single owner Moss Green 280SL recently disinterred and proudly showing it extensive “patina” to a dazzling red 250SL fresh from a Hjeltness restoration totaling a staggering $322k. 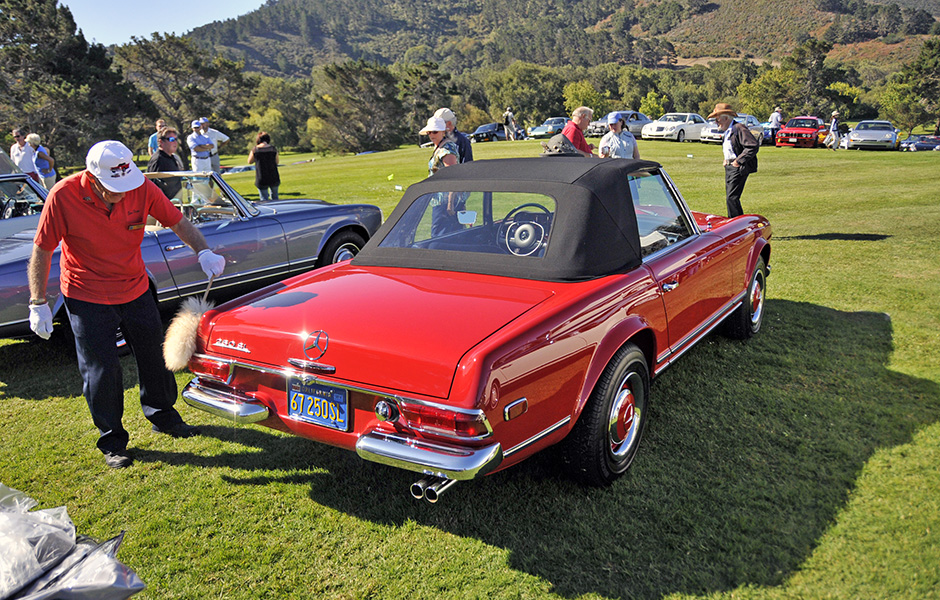 Wandering the acres of spectator cars parked over Rancho Canada’s groomed fairways is entertainment in itself and chatting with devoted owners is such a pleasure. Unlike years past I wasn’t able to talk anyone out of their car so I don’t have new acquisition to report from the weekend.

As I left the lawn early afternoon to head over to the Historics at Laguna Seca (aka Mazda Raceway), cars and spectators were still streaming into Rancho Canada for the show. Legends is certainly no longer “the best kept secret” of the Monterey week. Mark you calendar and book your rooms early for 2014.