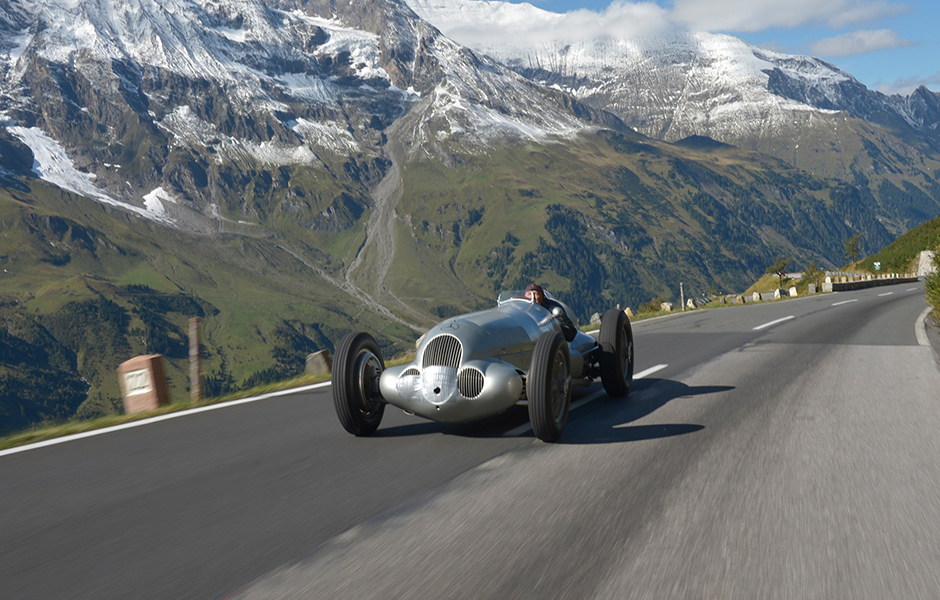 Jochen Mass hustles the Mercedes-Benz Museum’s W 125 (1937) up the hill on a very cold morning. Note the partially blanked off grille.

Today’s crop of Grand Prix drivers, so used to competing on tightly controlled and often clinical Grand Prix venues, would be aghast at the conditions their pre-war compatriots were asked to cope with while competing in a most unusual format – the Mountain Races. Run in various parts of Europe and often through heavy fog and rain, these sprints to the clouds required specially prepared cars fitted with short final drive ratios, altered ignition and carburetor settings, shorter exhaust turnouts and quite likely larger superchargers. Dual rear tires were often tried as well for extra traction out of the tight switchbacks so common in these events. 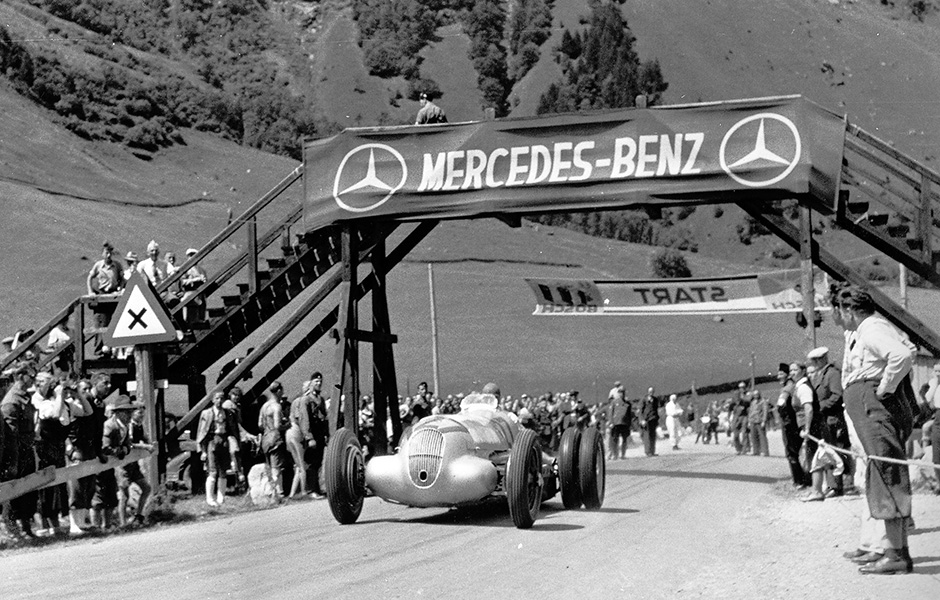 August 6,1939: Manfred von Brauchitsch launches the W125 up the hill from the starting gantry. Note the dual rear tires.

Mercedes returned to the scenic alpine road between the Austrian towns of Ferleiten and Torl September 20-22 with an SSK and a thundering W125, two epic Grand Prix cars and each a successful Mountain Race winner in their day. Run three times – 1935, 1938/39 – the Grossglockner event was contested over a 15 km stretch of the High Alpine Road and included a 3,900 foot altitude change, 92 bends and 14 hairpin turns. It was Europe’s longest and most demanding Mountain Race. Mercedes-Benz first competed in the 1938 event with two W125 Grand Prix cars piloted by Hermann Lang and Mafred von Brauchitsch. The thundering W125s were eclipsed by Hans Stuck driving a shrieking V12 mid-engine Auto Union. Mercedes-Benz triumphed in 1939, however, and ex-racing mechanic Hermann Lang placed first ahead of the two Auto Unions. 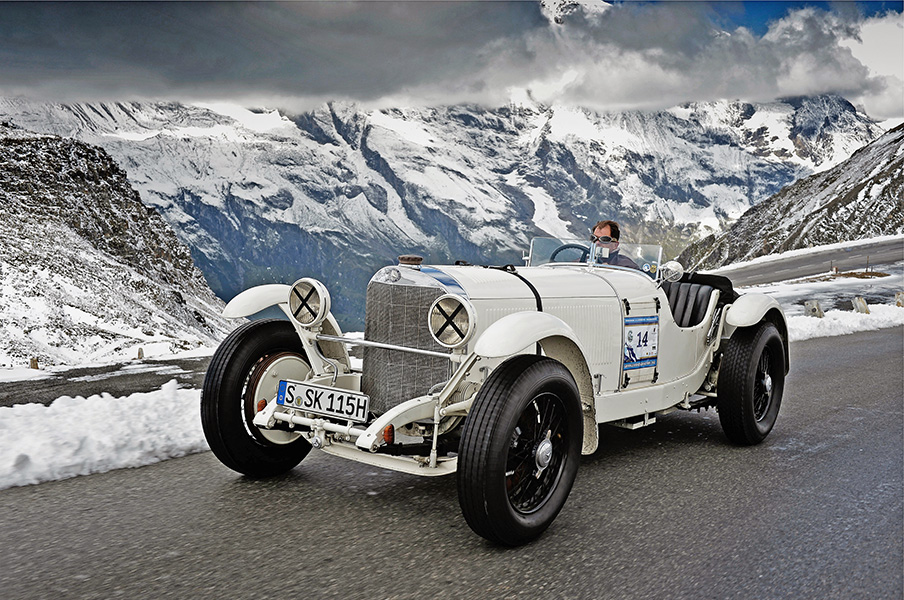 The Mercedes-Benz museum’s 1928 SSK nears the top of the twisty, frigid pass.

Seventy-five cars took part in the 2012 retrospective and the glorious field included 50 pre-war cars, 5 Veritas cars and 20 competition cars from the ’50s. Contestants covered the route a total of four times – one practice run and three timed runs. As we see from the images, a major error of judgment would have dire consequences. The combination of 75 epic cars, factory participation and breathtaking scenery has placed this Austrian event firmly on our dream list of vintage racing outings. 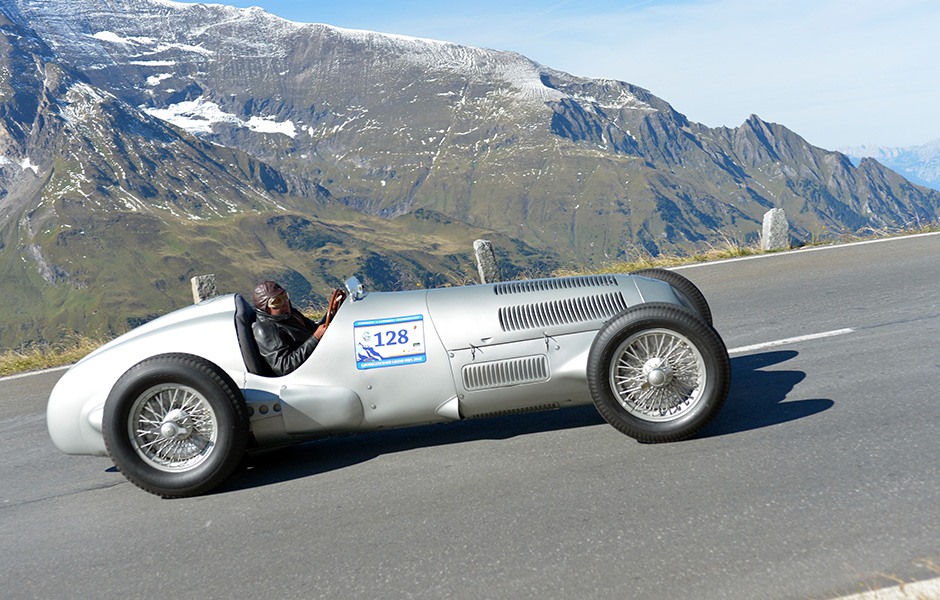 Jochen Mass gingerly tips the  Mercedes-Benz W 125 (1937) into one of the Grossglockner climb’s interminable hairpins.