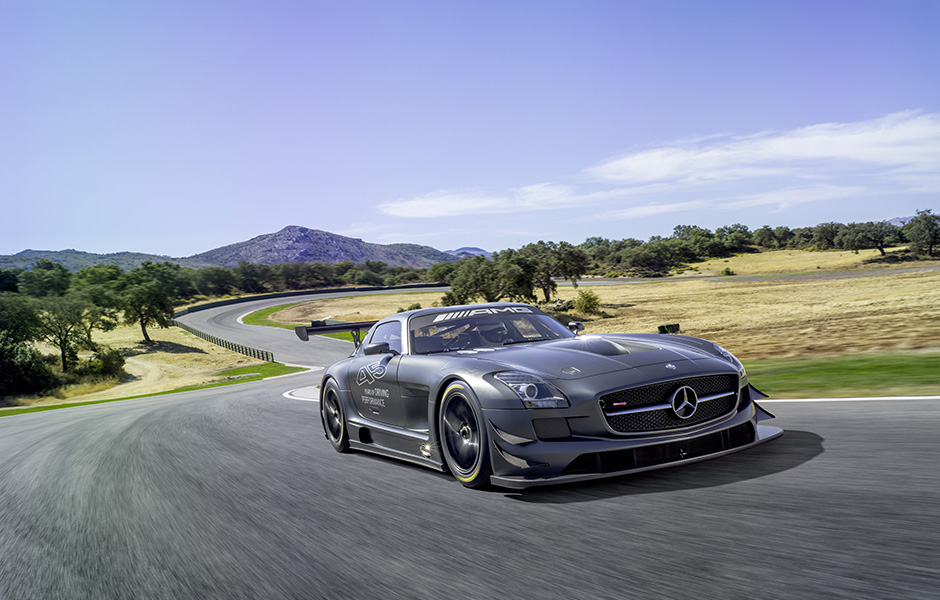 AMG recognized a number of achievements with the release of the latest iteration of the highly successful SLS AMG Gullwing, the GT3 45th Anniversary Edition. Success both on and off the track has cemented the SLS, AMG’s first complete car, as an unqualified success. New car sales continue strongly and with 36 combined racing wins in the 2012 motorsport season, there was ample reason to celebrate the series in concert with AMG’s 45th anniversary.

Releasing the limited edition GT3 – only 5 will be constructed – at the Sao Paulo International Motor Show paid homage to the growing base of Brazilian AMG Mercedes-Benz buyers as well as the two customer SLS GT3 teams that are contesting the Brazilian GT Championship. Retired 5-time DTM champion and AMG Driving Acedemy instructor, Bernd Schneider, is honored as well with this new track car. Schneider has become a respected brand ambassador for Mercedes-AMG and his hands will be directly involved with the construction of each of the 5 new SLSs via assisting each engine’s final assembly. 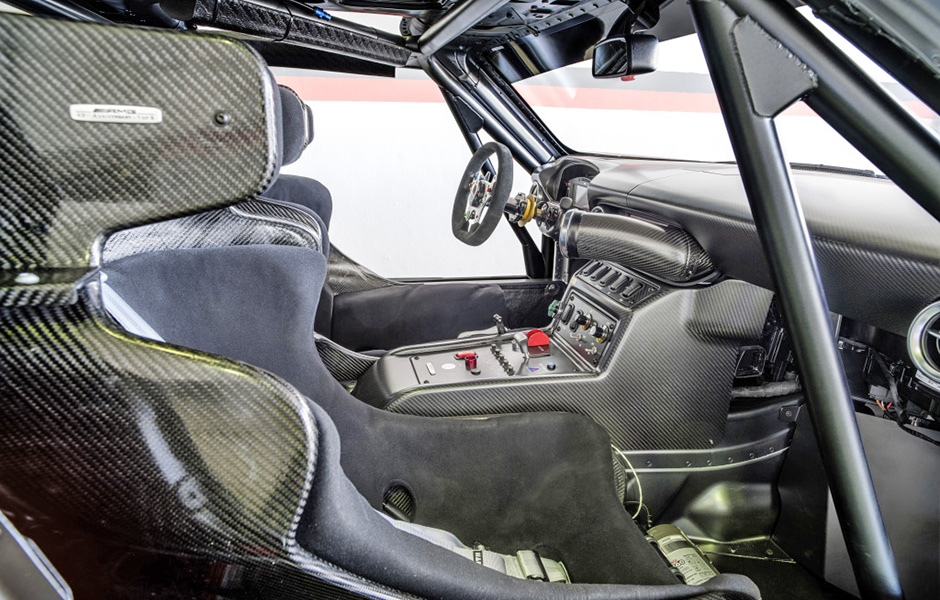 Modifications are cosmetic and include the new designo magno graphite matte paint finish, previously only available on the new SL65. Each gullwing door receives a “45 Years of Driving Performance” logo. Close inspection of the paintwork will reveal the carbon-fiber grain. The roll cage is painted to match the exterior and dashboard/center console are finished in a matte carbon-fiber finish. The six-point seat belts are finished in contrasting silver and 45th Anniversary logos adorn the seatbacks. A fitted, high quality AMG indoor car cover completes the special package.

We have to presume the absence of technical modifications is based on the possibility that the special editions could theoretically be raced in the various series the GT3 was designed for. Each series has very tight specification requirements which could have been easily contravened by power and/or coachwork upgrades on the Anniversary Edition. Does this series of cars signal the end or ‘sundowning’ of the SLS racing program? The media release hints at the cars being aimed at “car collectors with a particular penchant for motor racing.” Pricing is approximately 446,250 Euros including 19% VAT (about $579k). 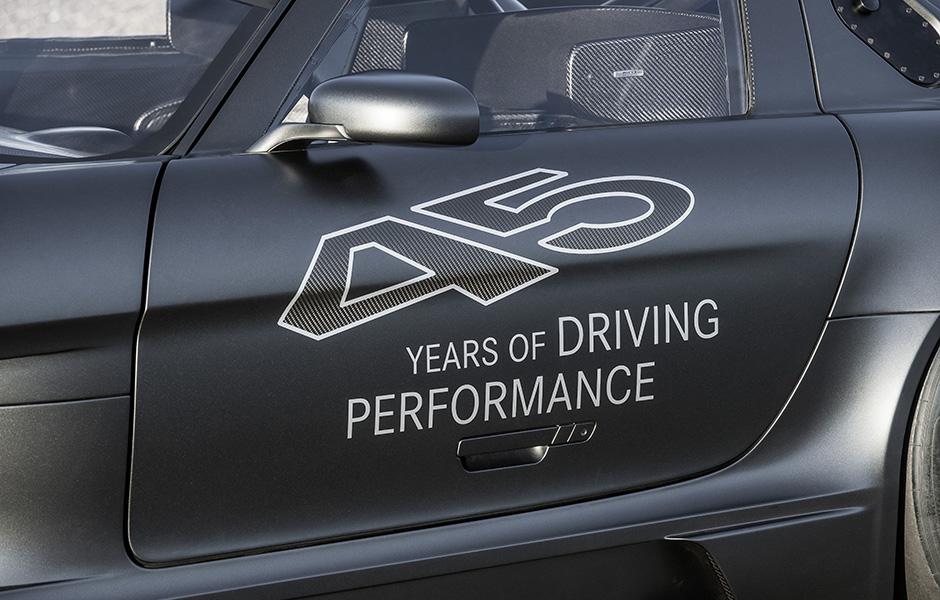 A fitting tribute to AMG’s massive accomplishments with Mercedes-Benz products, the 45th Editions may be destined to an idle life sitting in collections.