1.9 million sold. Eight years in production. Models ranging from the most pedestrian 4-cyl diesels to fully equipped long wheelbase versions for heads of state. Those are a few of the statistics generated by the Stroke 8 range of mid-size Mercedes before it was ‘sundowned’ in 1976.

When plans were formulated for its successor, the brief was simple; more safety and comfort and less maintenance. And wrap it in the less vertical design ethic introduced on the 116 series that arrived in 1972.

The fruits of MB’s characteristically intense engineering the development regimen was revealed when 33 examples of the new series arrived by rail cars in France in January 1976. Journalists who participated in flogging the press cars around the Circuit Paul Ricard F1 track were no doubt impressed with the inherent grip and extraordinary construction quality of the new 4 door.

“I’m a California boy and a day doesn’t go by without seeing a 123 diesel, often in miserable condition with filthy wheels and a tail carpeted in soot. And they will continue to run.” 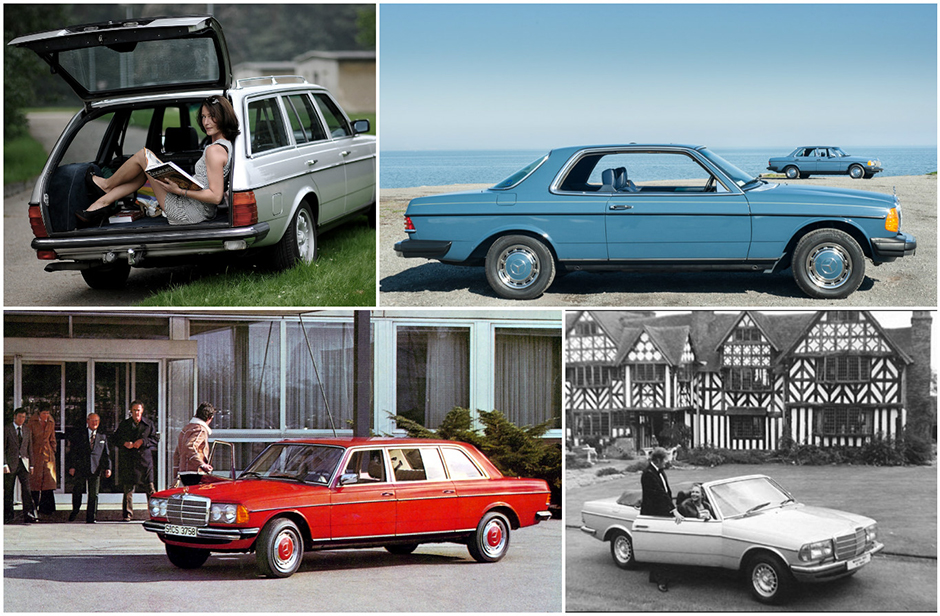 The 123 range provided a particularly adaptable platform. The pillerless coupe is one of the finer post war designs from Mercedes and the Touring wagon fitted with the 5 cylinder turbo-diesel has established itself as the definition of hip in the US. Enterprising coachbuilders stepped in to create what MB would not as shown by the cabriolet conversion. For frugal heads of state and upscale hotels, MB offered a stretched 123 model for comfort.

Short supply and a wagon and coupe

Orders poured in and the first year of production was sold out within just a few months of the global launch. Used first-year models were selling for their original price when new. Global engine options were extensive and ranged from 2.0 liter diesel – the preferred option for taxi drivers around the globe – on up to the 185 hp injected 2.8 liter gasoline. And everything in between.

The stylish pillerless coupe arrived in 1977 with myriad engine combinations. As did the ultimate in 123 practicality, the ‘Touring’ model known to us stateside as a ‘station wagon.’ 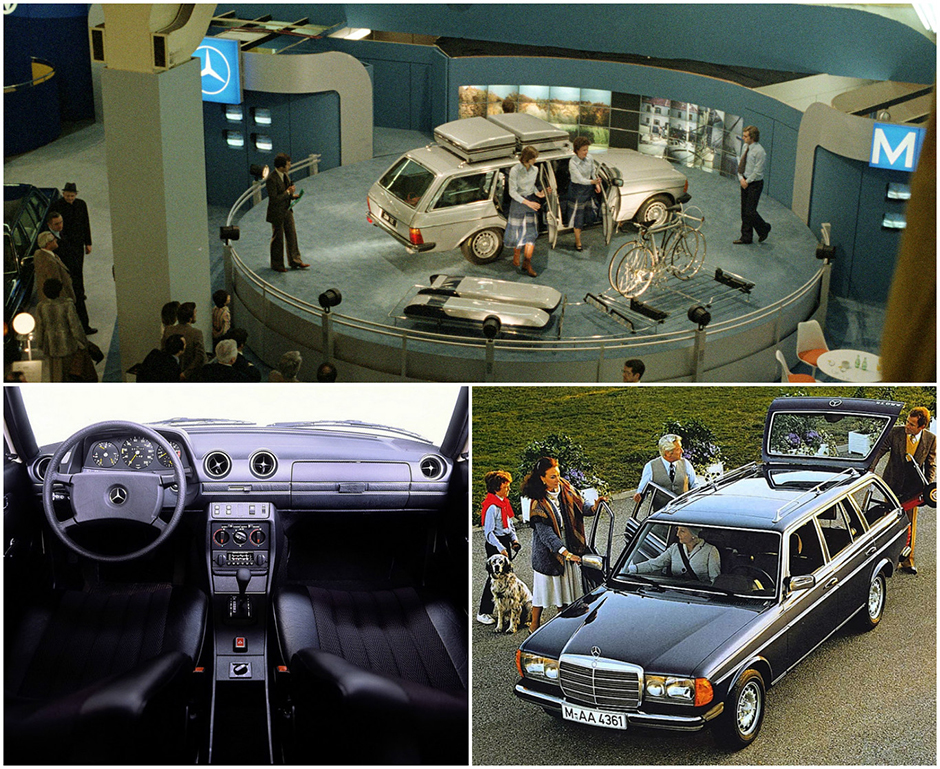 The 123 for all seasons. Stylish, practical, economical and fairly pricey in the US, the wagons offered the upscale US family an alternative to the overly adorned/optioned US barges.

The 123 range achieved its mandated goal handsomely and out sold the Stroke 8 series by 47%, although over an admittedly 2 year longer model run. And its renowned durability has insured its continued use around the world today. They seem to be virtually impossible to kill, particularly the diesels.

I’m a California boy and a day doesn’t go by without seeing a 123 diesel, often in miserable condition with filthy wheels and a tail carpeted in soot. And they will continue to run.

Hip? Just ask the ad guys at Tommy Hilfiger why they’ve used them in their marketing. Tommy’s a car guy but the cultural connection has been established.

It’s an analog alternative to our over gizmoed 21st century lifestyle. Rather like the movement back to vinyl. You enter the car, rotate a key, rotate a radio knob for some tunes, depress a throttle pedal that is in fact connected securely to the carburetor/injection pump and move on down the road. Maybe even daydream a little about what you were up to in 1976 when your ride was released… 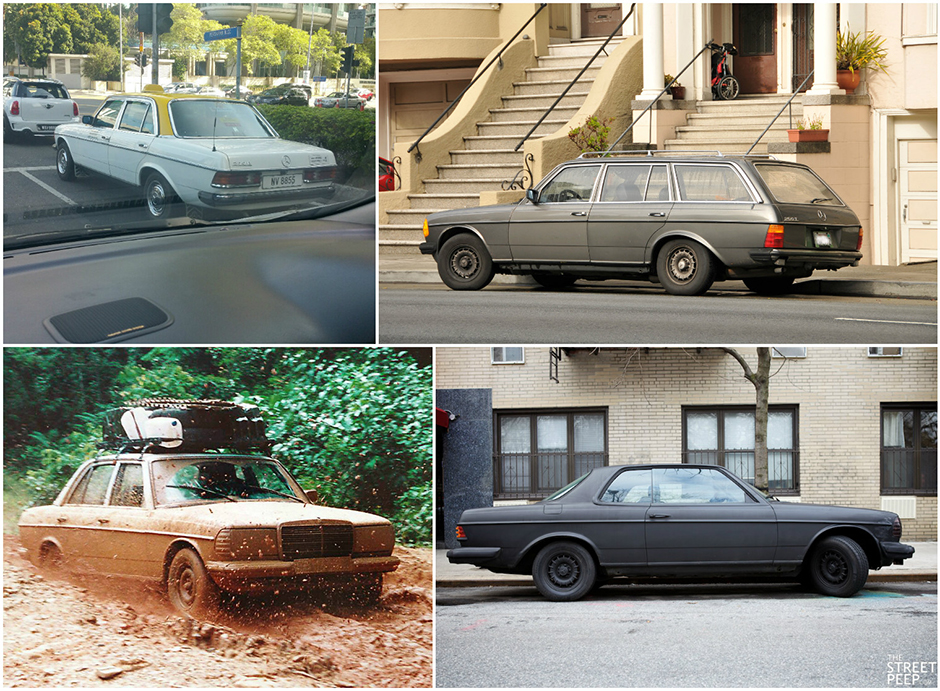 Where are they today? Clockwise from upper left: 300D ferrying passengers in Kuala Lampor – Filthy Euro 250T sitting on the streets of San Francisco – Blacked out Coupe on the street and a 300D mudding somewhere in Europe.