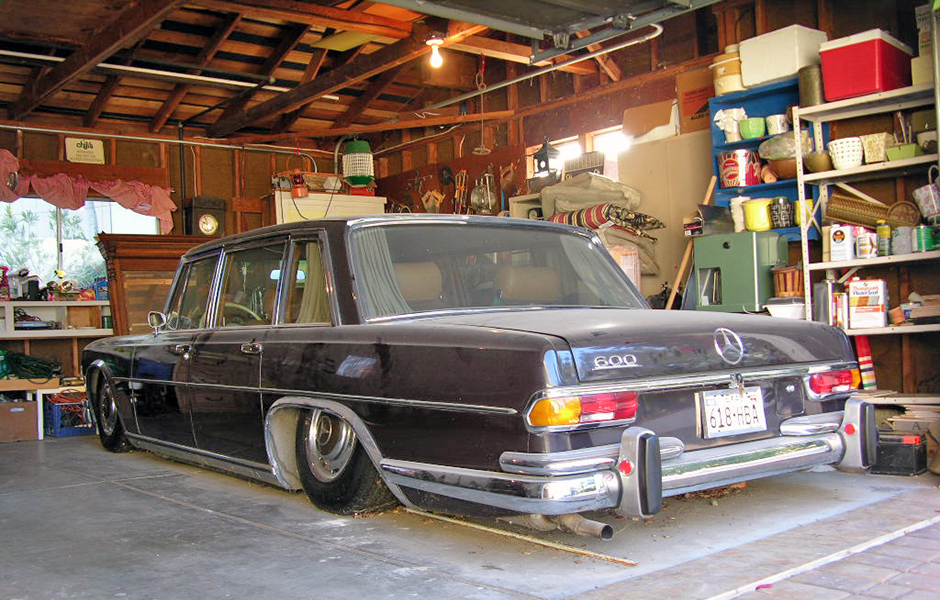 Our recently sorted 1967 600 SWB was initially found resting in a pose sure to warm any low rider’s heart. It was an unintended low rider. For me it simply meant financial punishment and delays in completing the car! Looks kind of cool though.

I have to admit that seeing a 6.9 or a 600 sitting on its belly subconsciously reminds me of the low rider movement. According to Wikipedia, a low rider as an automobile or other vehicle modified so that its ground clearance is less than its design specification.

Sounds entirely logical. But what’s it called when the vehicle modifies itself with a complete suspension failure? An unintended low rider?

While I may subconsciously think low rider when I see a dead 600 or 6.9, my conscious brain clearly says correcting this low rider is going to cost enormous money! But there is a growing movement to lower classic Mercedes either by ‘bagging’ them or severely lowering them and joining the scene typically dominated by ’60s American and ’80s/’90s and newer Japanese iron. 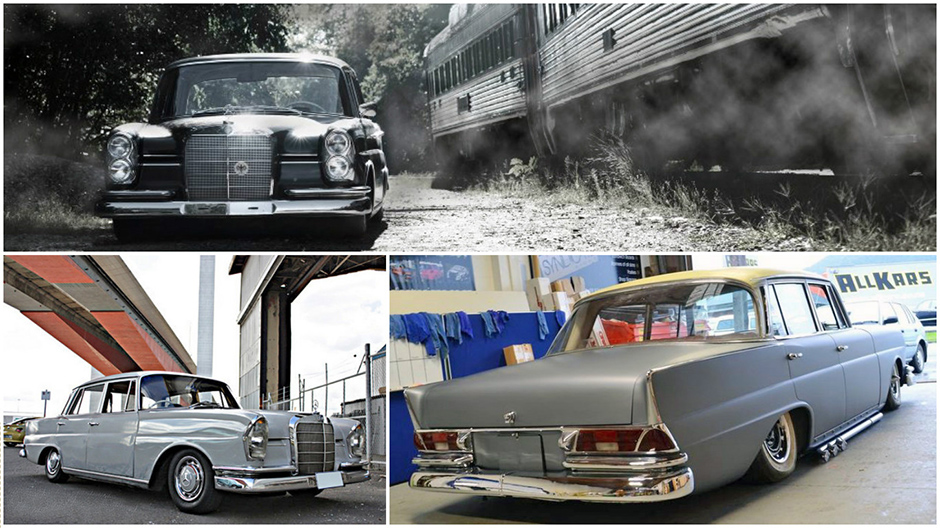 Fins look particularly cool sitting on the ground. And I love the lakes pipes on the primered car with wide whites.

And so Mercedes has become part of this creative scene. From fintails to 124 wagons, affordable Mercedes’ are being cleverly modified and are joining the more traditional ’63 Chevy convertibles and 47 Chevy sedans on parade.

How about a factory effort for SEMA? Maybe begin with a Maybach LWB… 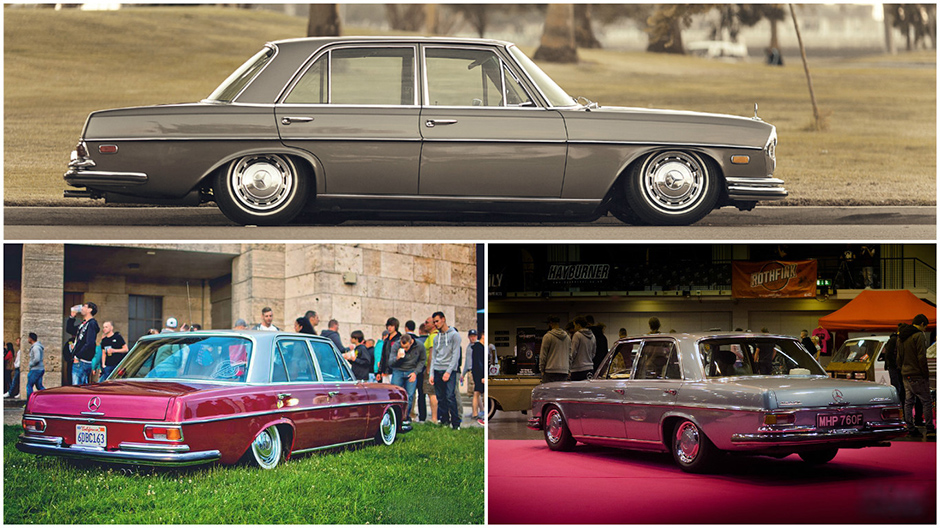 108s lend themselves well to a strong dose of lowering. And their spacious wheel wells can accommodate some large wheel/tire combinations. 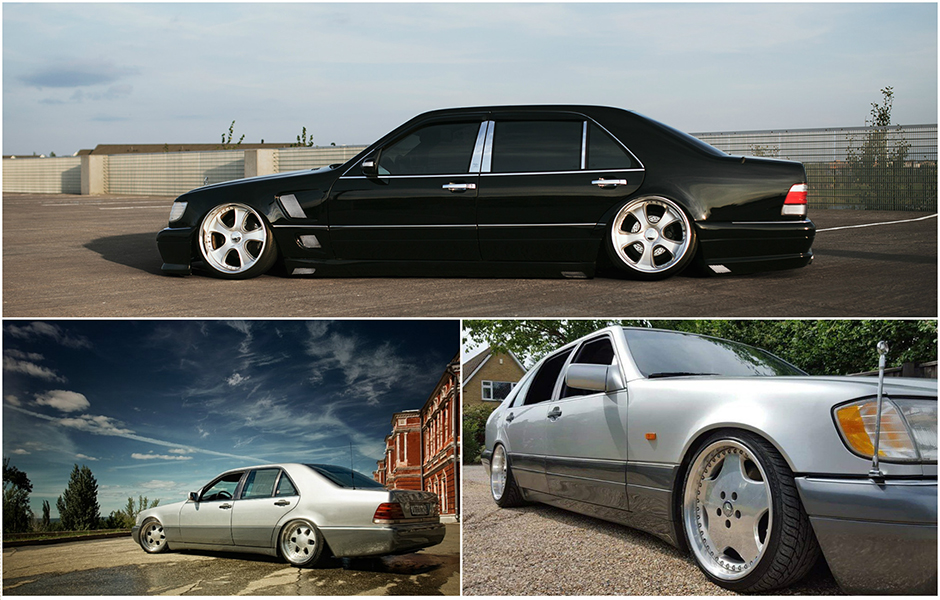 140s provide an excellent platform massive wheels/tires and lowering. They can be had for a pittance leaving room to indulge in a set of 23s on super low profile tires. 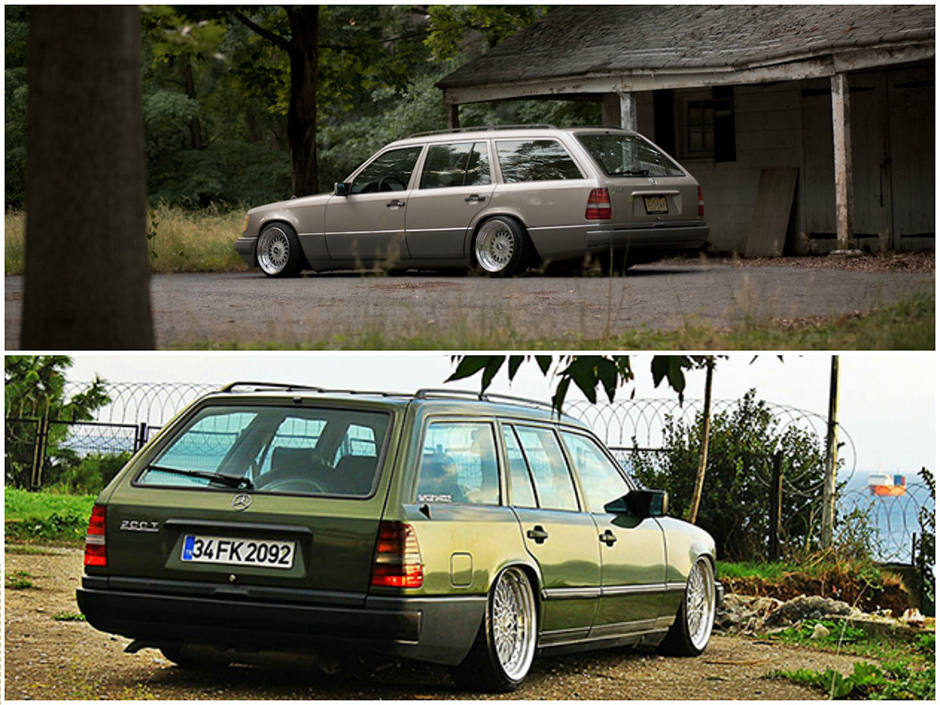 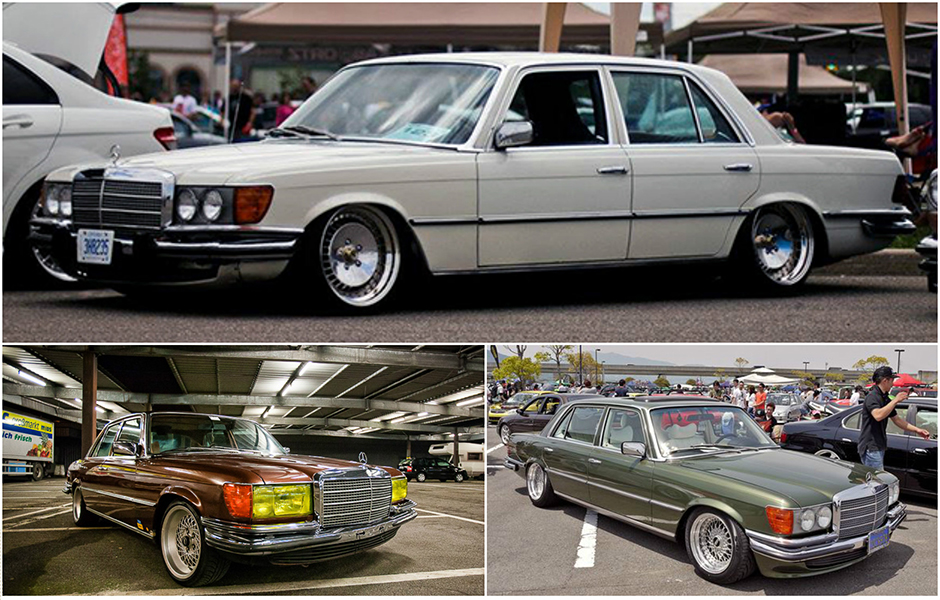 These three 116 sedans look quite nice. Also available for a pittance. 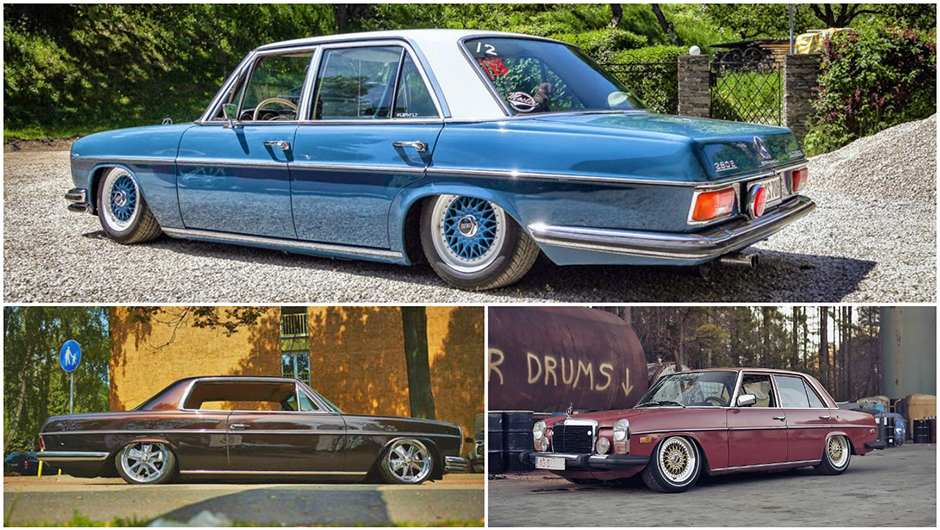 And 114/115 coupes and sedans seem to have started the movement. They are extremely cheap at the moment and their rectangular profile welcomes extreme lowering.