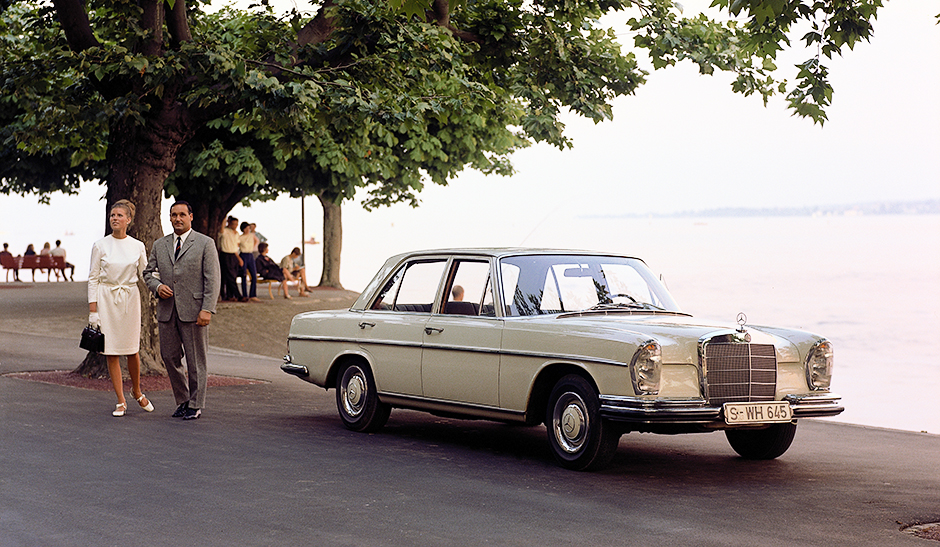 While the lineage of the Mercedes S-Class is somewhat muddled, Mercedes definitively notes the 1966 250S as the first sedan specifically designated as a modern S-Class. This elegant couple’s attire attests to the upscale clientele Mercedes had in mind for the cleanly styled new sedan. This early Euro model shows us the original pure nose design: European headlamps with integrated turn signals which obviated the need for bullet signal lamps adjacent to the grille and an absence of US mandated side marker lamps.

Safe, fast and comfortable
Fins give way to the 108

Prior to the 108 series, upmarket sedans from Mercedes were required to share their platform with 4 cylinder diesels and other sundry spartan sedans. This presented a branding conundrum that Mercedes was intent on correcting with a distinct new senior class of sedans launched in 1966: The ‘S’ or ‘Super’ class. The satisfaction an upscale owner felt owning a senior series Mercedes would no longer be diluted by the knowledge that 200D taxis in Beirut looked essentially the same as his or her 230S Fintail. With an entirely new middle class of sedans – the 114/115 series – almost ready for production, the 108s would not have to satisfy ALL MB’s sedan customer’s budgets and tastes.

The new design eschewed the razor edged fins of the prior series and presented a softer, sleeker profile reminiscent of the 111 coupes. The resulting shape offered expanded interior space and 17% greater windshield area while increasing in overall width and length by only .5? and 1.0? respectively. The 108.3? wheelbase was identical to the 230S Fintail but the new 250S that debuted at the Frankfurt Auto Show was a meaningful 2.1? lower than its finned predecessor. Disc brakes were now standard on all 108 editions and the enlarged 2.5 liter six gave 146 hp SAE. 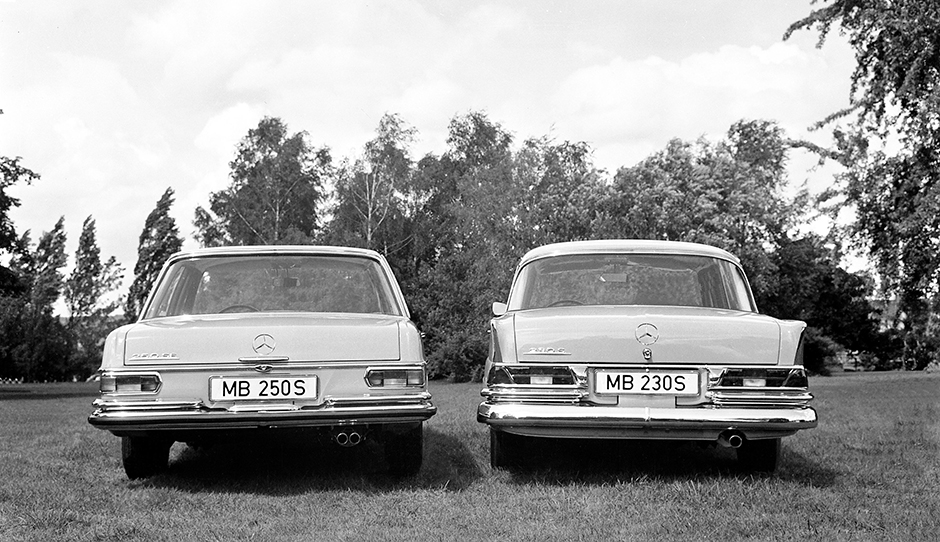 Contrary to 2013’s full acceptance of a premium luxury diesel Sedans, Mercedes felt in 1966 that the harsh diesels were only suitable for down market models hence all 108s were fitted with gasoline engines. The outgoing Fintail diesels would fill that gap until the upcoming 115 series 220D was launched. Combinations of fuel delivery, engine configurations, power and chassis lengths were seemingly endless within the 108’s lifetime. Fuel injection was still the province of MB’s upper ranges of cars – standard on the 600 and all 111 two-doors – but was offered as an option on the 250S thus creating the 250SE. For those demanding more of a limousine atmosphere for their rear seat passengers, a long wheelbase – 3.9? of extra rear legroom – version of every subsequent version of the 108 was offered. No 250SELs were constructed 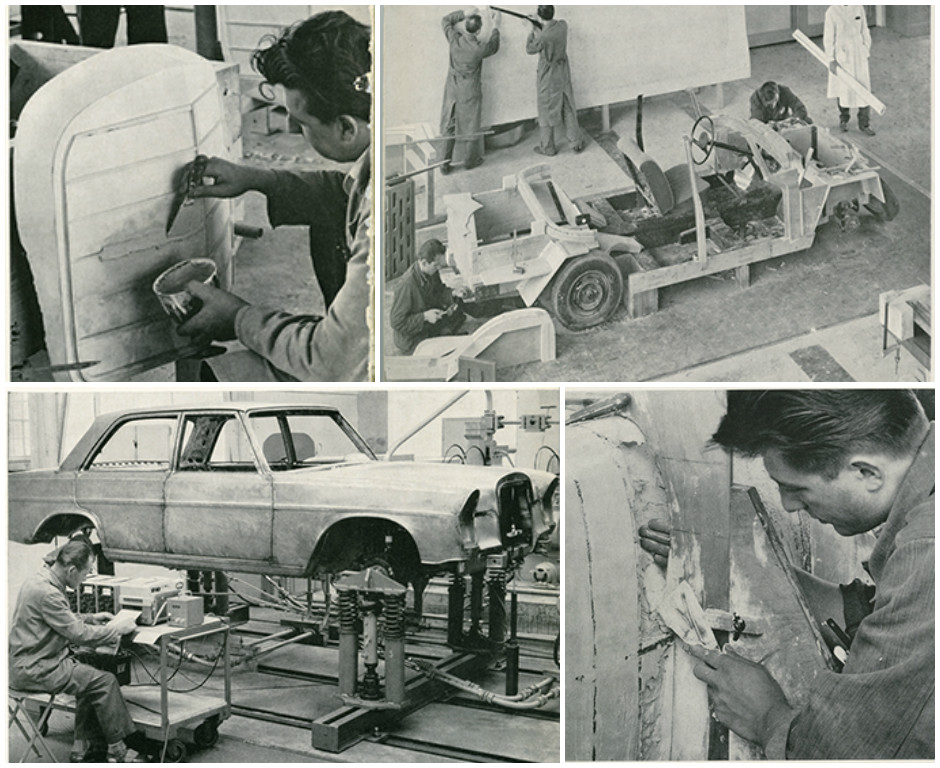 A most exotic sedan carrying the 300 designation also debuted with the 250S in Frankfurt. The 300SE/SEL offered air suspension, a long wheelbase version and a significant step up in power via the by then ancient M189 3.0 liter six. Stretching out while reading the day’s news while your driver hustled you to the office suspended on air and urged down the Autobahn by a 300SEL’s heady 180hp was an executive privilege afforded the titans of industry in the middle ’60s. These early 109 sedans were sleepers and differed little at first glance from the 250S.

With the debut in 1969 of the new M116 3.5 liter single overhead cam V8, Mercedes’ type designations were thrown into utter disarray. According to Stuttgart’s long standing precise Teutonic nomenclature, 1968’s 6.3 should have been designated a 630SEL – simple and to the point with no need for the further clarification of ‘6.3’ on the right side of the deck lid. Such badging clarity wouldn’t arrive until the 116 S-Class in 1972 and the 108/109 cars arrived with myriad combinations of letters and numbers affixed to their tails. In addition to the a base six cylinder all iterations of the 108/109 series received the new 3.5 engine and its enlarged (to offset US mandated power sapping emission requirements) 4.5 liter M117 brother. A 280SE/SEL 4.5 was and remains a powerful and comfortable Mercedes sedan from the classic era. There was more to come. 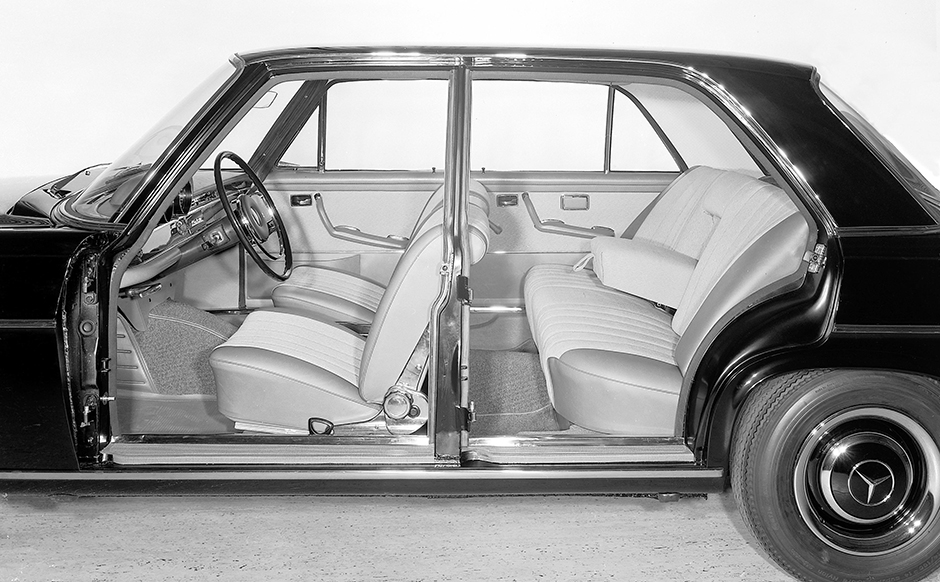 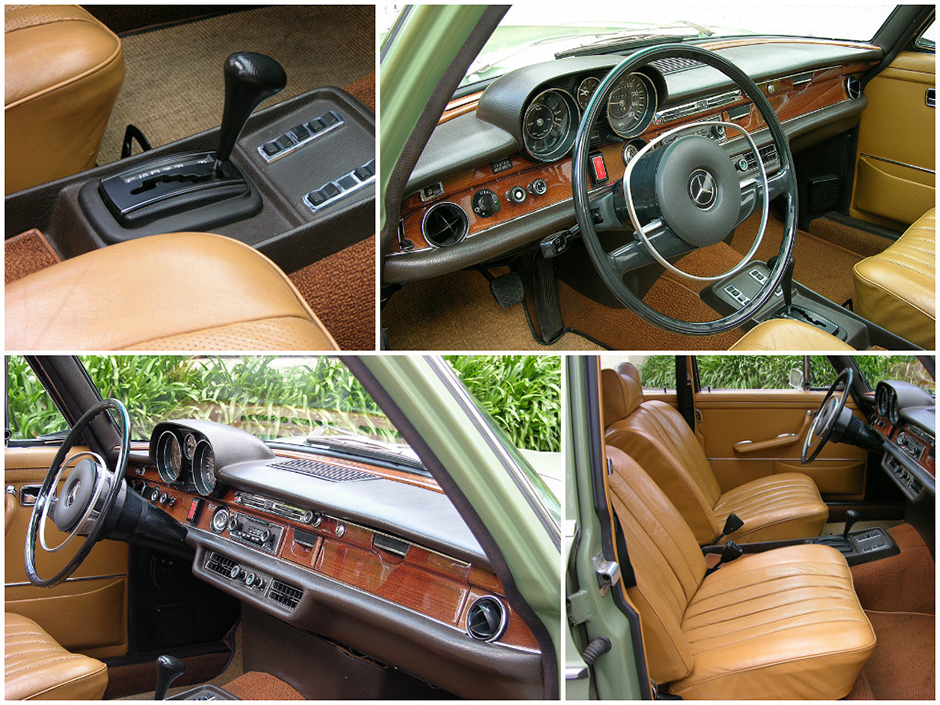 “The greatest sedan in the world”

The ultimate 109 derivative would turn the notion of a luxury sedan on its ear with a model that not only offered the finest in comfortable LWB sedan luxury but added the extra dimension of high performance sports car performance. The legend of the 6.3 is well known. Prolific factory engineer Erich Waxenberger had been eying the early 109 series sedan as the perfect platform to fully exploit the massive power of the 6.3 liter V8 that resided under the hood of the epic 600 range. Once technical director Rudolph Uhlenhaut was lured into a test drive of a secretly constructed 6.3 powered 300SEL test hack, the future of the 6.3 was secured.

Magazines were at a loss for superlatives for the production 6.3 and the muscular new sedans found their way into the garages of many serious enthusiasts, often sharing space with a new Ferrari Daytona or perhaps one of Lamborgini’s outrageous new Miuras. To quickly understand Mercedes’ philosophy regarding S-Class design evolution, we simply need to look at the progressively shrinking grille sizes from Ponton to Fintail and then the 108 models. Shrinking yes, but all still rather upright. A most radical design change was in store for 1972 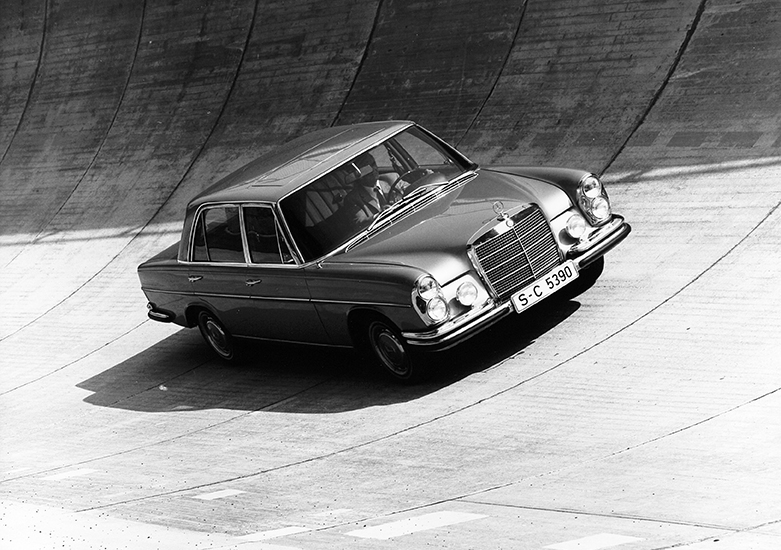 A 300SEL 6.3 being driven as Uhlenhaut and Waxenberger intended: with aplomb on MB’s banked test track. 6,526 were constructed but North America received only 1,839 of them. 300 hp and air suspension combined with supreme opulence created an unforgettable driving experience in the latter ’60s. Typically, Europe received models fitted with more powerful higher compression engines.

One thought on “S-Class re-defined: Replacing the Fins”