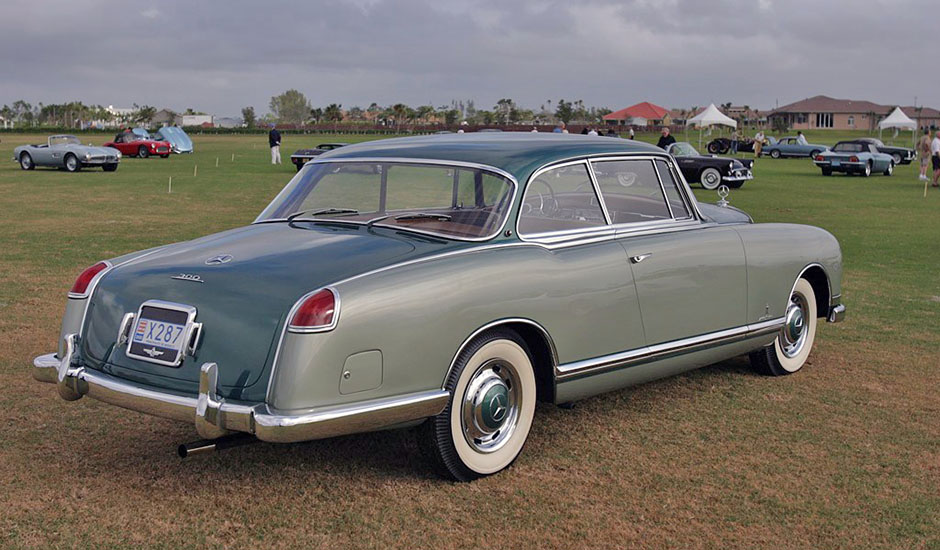 The 1955 Pininfarina 300B
Creating a one-off Adenauer Coupe

When Pininfarina indicated to Mercedes in late 1954 their desire to purchase a 300B to be rebodied as a pillerless coupe, the typically fastidious Germans wary of a design detrimental to the firm’s standards requested renderings of the proposed design. Once satisfied with the design, Mercedes shipped chassis #186.010 450005, a 1954 300B, to F.A. Saporiti, the Mercedes-Benz dealer in Milan. The car was shipped on January 17th, 1955. 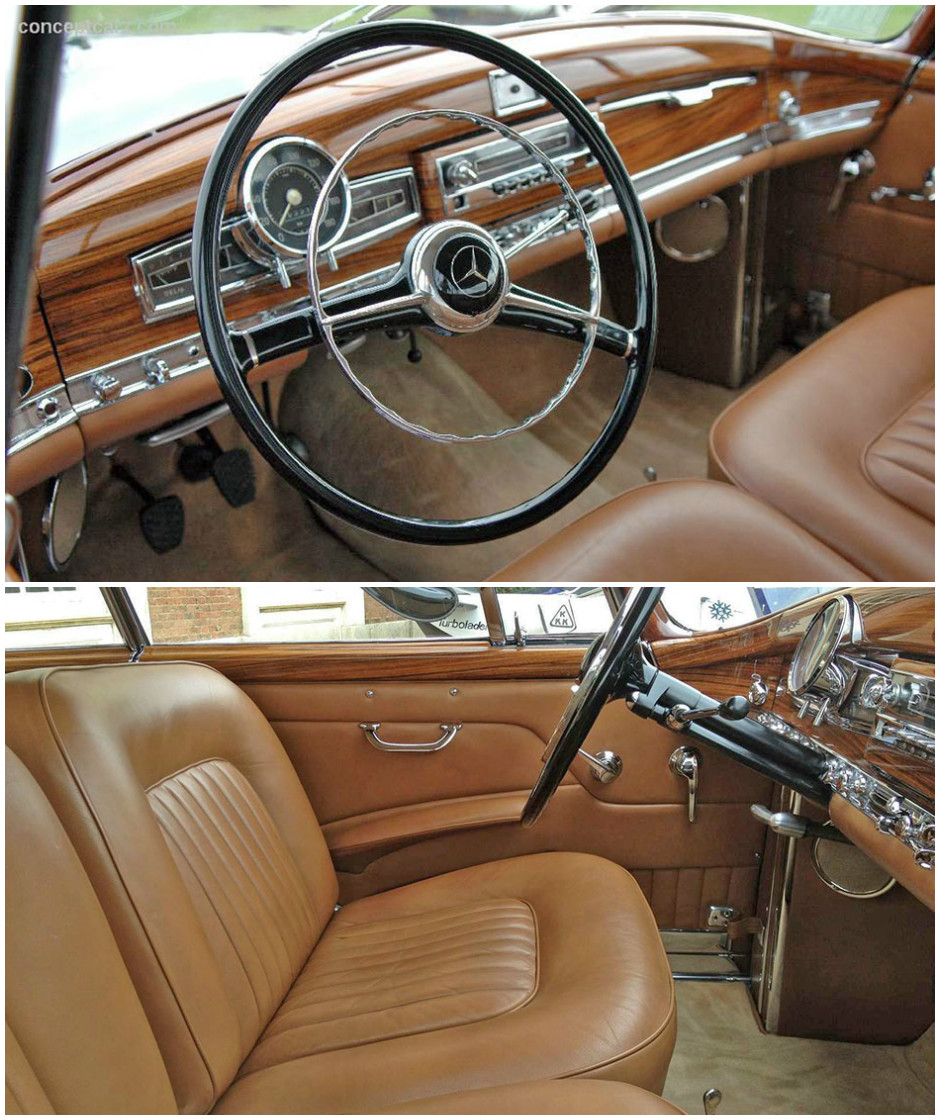 Of the three Mercedes based projects completed by Pininfarina in the ’50s, this elegant – and rather massive – 300 was the most harmonious. Walking around the car keen observers will see a tail treatment distinctly Facel Vega in execution and the rear 3/4 view revealing a Bentley-esque profile.

Initially shown at period European auto Salons with black wall tires, unpainted wheel covers and in a more contrasting two-tone paint scheme, the Pininfarina Coupe was eventually sold on and did not resurface until 1972 when German opera singer Roland Dutro wrote Pininfarina requesting replacement external trim items damaged during an accident. Dutro sold the car a few years later and it found its way to the US, eventually languishing in California’s San Joaquin Valley as a decaying but complete coachbuilt rarity.

The decaying one-off 300 was rescued by MBCA member Fred Kriz who commissioned MB restoration specialist Scott Grundfor to entirely restore the car. Completed in 1992, the two-tone green coupe was invited to Pebble Beach where it was awarded first in class. It remains an important example of the occasional collaboration between Pininfarina and Mercedes-Benz and a particularly memorable one-off. 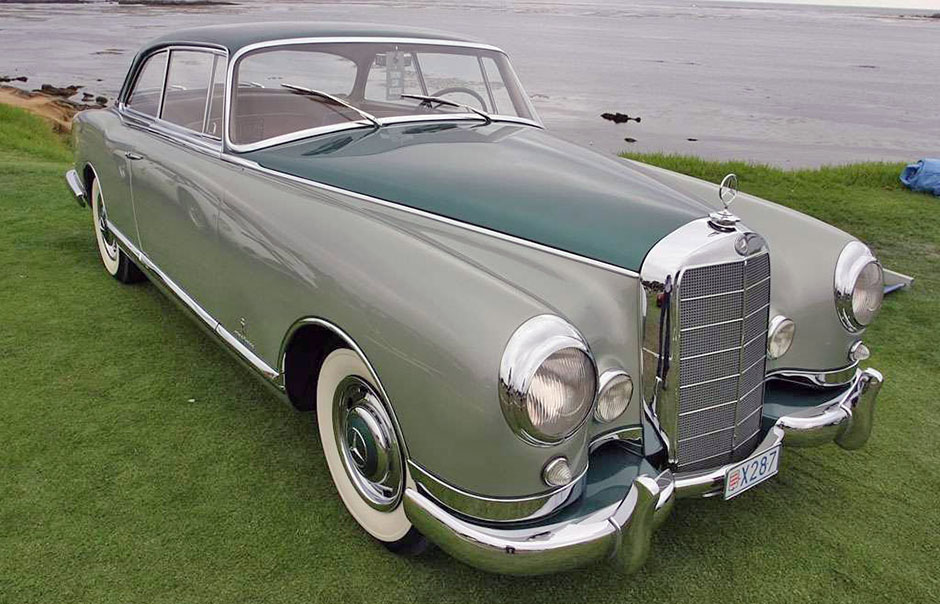