Fulda and Maybach created a sensation

Do you remember the Exelero? We do and still consider it one of the most outrageous motorcars ever to emerge from a manufacturer. One was completed in 2005 using a Maybach 57 as the basis for a tire testing vehicle for German tire manufacturer Fulda. The Fulda/Maybach connection dated back to 1938 with Maybach’s SW38 high speed streamliner, also conceived for Fulda high speed tire testing.

The sleek SW38 disappeared during the war so reprising the exercise when Fulda was after a proper platform to test their new 315/25 ZR23 road tires at 200+ mph made sense to Rene’ Staud. Staud, the epic photographer responsible for Daimler’s gorgeous calendar images, re-intoduced Maybach to Fulda and the Exelero was born

Ludwig guided the 5,300 lb beast to an amazing top speed of 351.45 km/hr or just a hair below 218 mph on Fulda’s new ultra-low profile performance street tires. 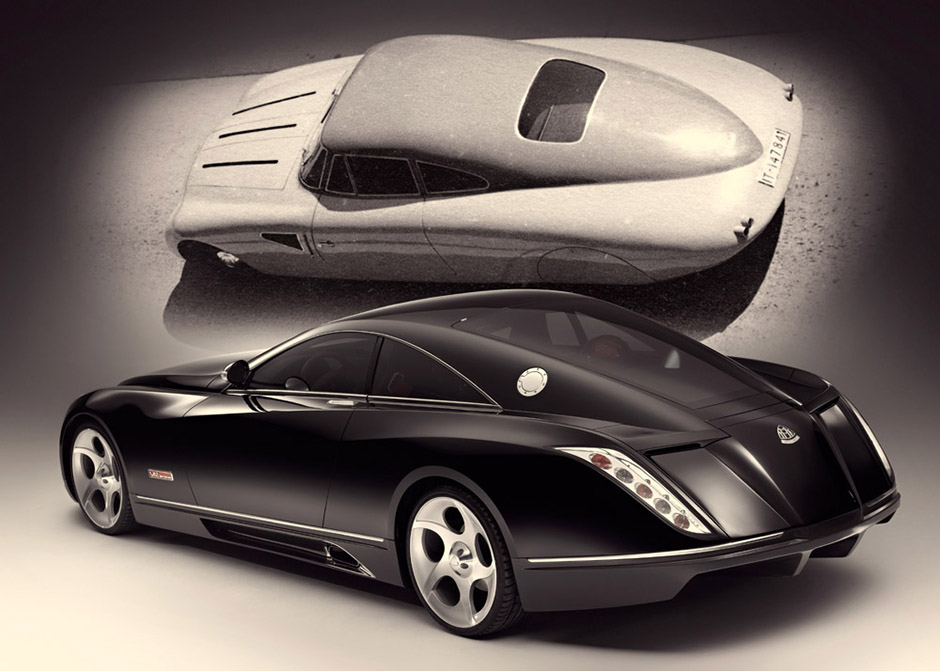 Inspiration for the sinister Exelero came from a Maybach/Fulda collaboration from 1938, the SW38. Equally dramatic for its day, the SW38 was lost during WW2. Italian special design studio, Stola, managed the Maybach 57’s transformation from full sedan to sleek coupe.

Transforming a single Maybach 57 sedan into a 217 mph coupe wasn’t possible within the confines of Maybach’s standard production facilities so the Germans partnered with Italian special manufacturing studio, Stola, to create one of the globe’s most dramatic “one-offs.” Under the guidance of Bernd J. Hoffmann, the Italians focused on the new coachwork and interior design and Maybach developed the upgraded technical bits.

The twin-turbo V12 was enlarged to 5.9 liters and upgraded to produce 900 hp, a full 357 hp more than a standard 57. After 25 months of careful development the Exelero was unveiled to a stunned motoring community in Spring 2005. 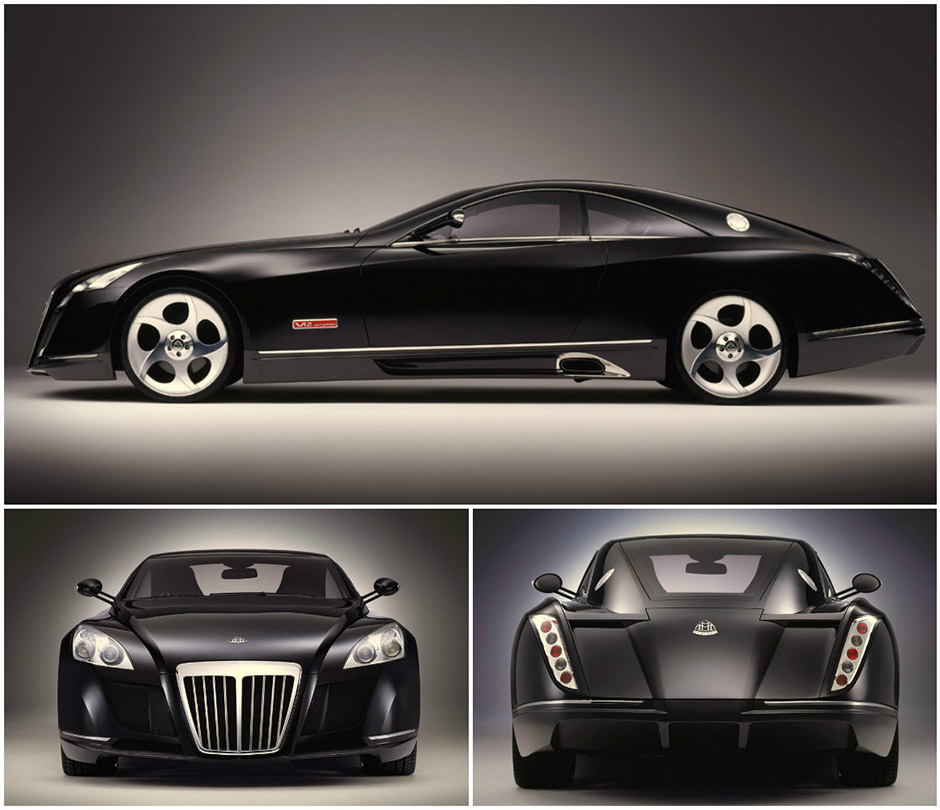 Batman would be envious of the sinister black 900 hp Exelero. Stola delivered an unforgettable design with decent wind tunnel figures and 900 hp.

Beyond the massive PR that would be generated for both for Maybach and Fulda there was a mission to be accomplished – tire testing at sustained speeds of over 200 mph. The new Exelero was secretly sent off to whirl around the vast expanse of Southern Italy’s Nardo Motordrome with journeyman driver and ex-F1 pilot Klaus Ludwig at the wheel. Ludwig guided the 5,300 lb beast to an amazing top speed of 351.45 km/hr or just a hair below 218 mph on Fulda’s new ultra-low profile performance street tires.

This success and the resulting PR goldmine forced Maybach to repeatedly rebuff entreaties to sell the car and politely sidestep demands to place the car in limited production. And so the 218 mph creation remains a spectacular “one-off” that your author feels was and remains the ultimate Pebble Beach week mount that would render any an all other contenders positively mundane. What do you think? 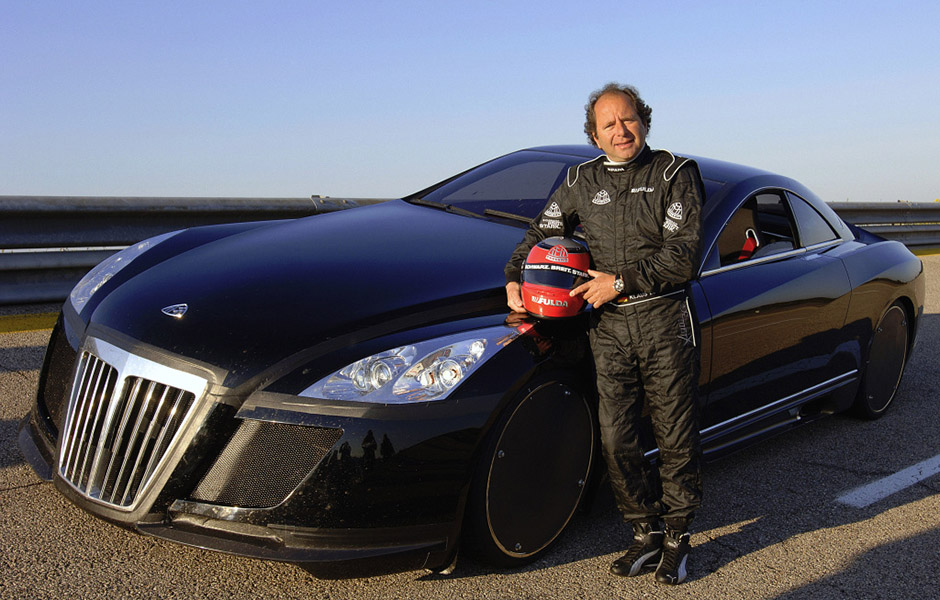 Klaus Ludwig looks pleased to have kept the amazing Exelero off the armco barriers during high speed runs in Nardo, Italy. Top speed? About 218 mph. Yea, we love the Exelero. Ludwig enjoyed one of the more luxurious high speed drives of his long racing career.