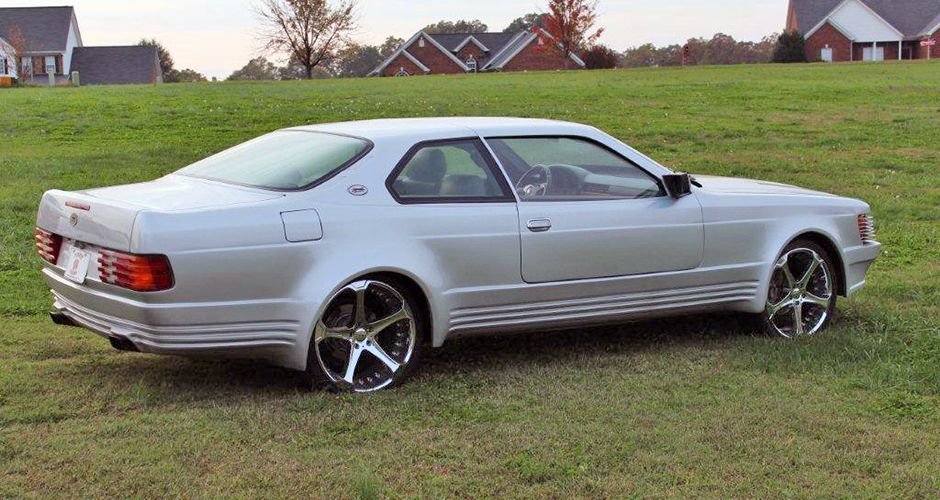 Franco Sbarro’s designs generally conspire to shock and his effort using a 1976 6.9 was true to form. You would be excused for surmising an SEC as the base for Sbarro’s ghastly gullwing. This view shows the 6.9’s extra 4.6″ of wheelbase.

Sbarro 6.9
A gullwing guaranteed to shock

Italian born but Swiss based Franco Sbarro has been shocking auto show visitors for over 40 years with his unorthodox designs. While his cars and trucks rarely are considered beautiful they have always generated comment. His one-off 1976 6.9 has been generating comments for decades and we must report the general consensus is one of complete disdain for the car. Often confused with his similar appearing SEC based gullwings, this garish creation required the sacrifice of a perfectly good 6.9. We’re not sure the trade-off was justified. 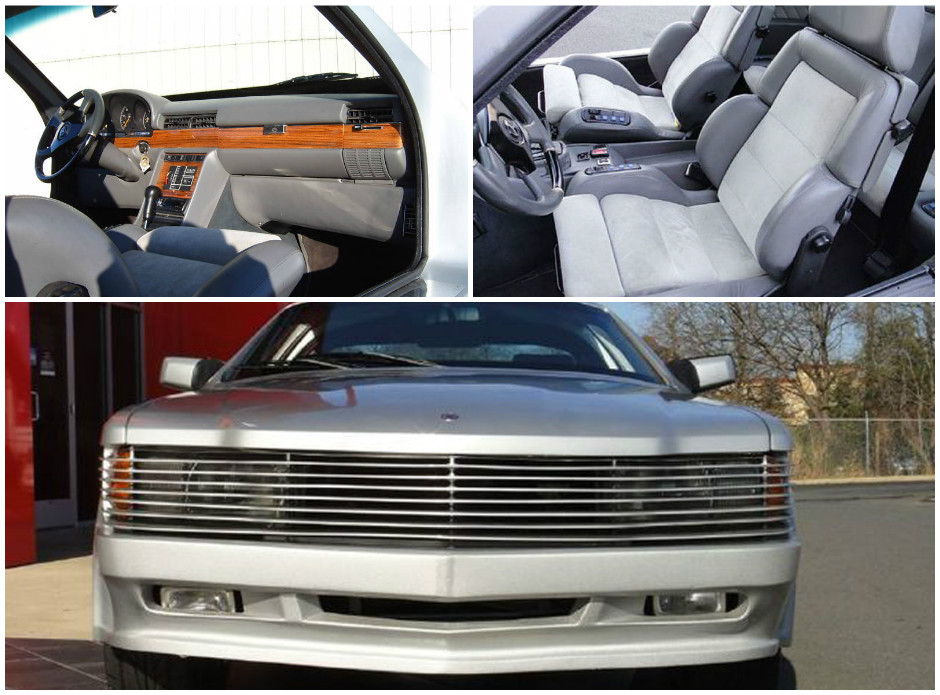 The Gullwings 6.9 underpinning are obvious as we definitely see a 116 series dash board and center console layout here.We must appreciate Sbarro’s courage and fabrication abilities. This was a massive project but was it worth killing a perfectly good 6.9 for?

Over the top and beyond

Details on this styling disaster are murky with some reports indicating 6 examples constructed but this total may include Sbarro’s 126 SEC based ‘Shahin 1000 Gullwings. When new the silver 6.9 GW was reportedly sold for 250,000 DM and likely ended up in the Middle East, a section of the globe that has historically prized such excess. Yes, the ancient Recaro’s were fully adjustable and the doors featured power actuators. While it’s easy to fault the overall concept, we have to appreciate the craftsmanship required to transform a 6.9 into a space age gullwing coupe. In that respect we have to applaud Sbarro and this appreciation must also apply to his current and often whimsical offerings.

The price of excruciating excess

The Gullwing was offered on eBay in 2010 and 2011 priced around $50,000 and offered at a Charlotte, NC exotic car dealer for $22k at some time. Our favorite one-off, the stupendous Exelero, is unobtainable for any price so $22k to shock everyone during Pebble Beach’s August automobile week doesn’t sound like a bad deal. Any takers?