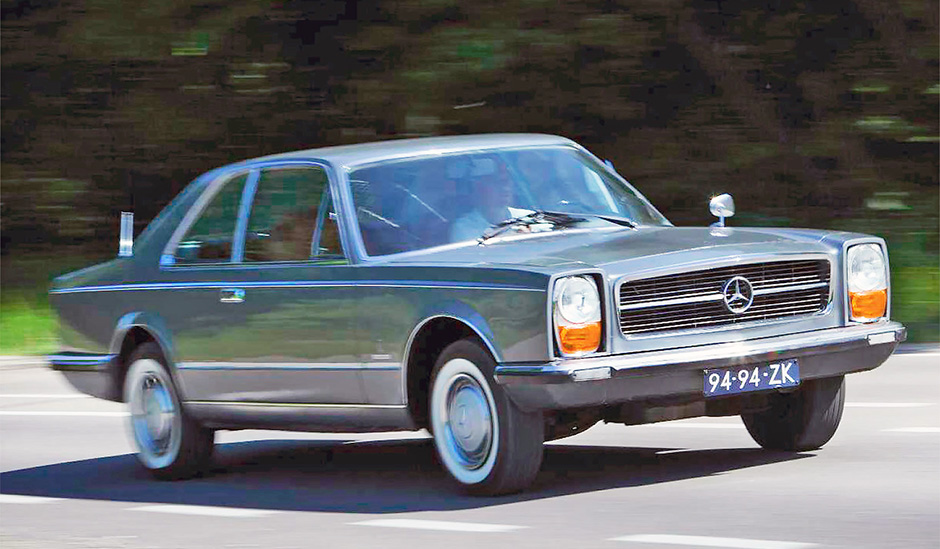 The razor edge, upright design with vast expanses of flat sheetmetal did not flatter the 6.3’s superior platform. The tail we see here would re-appear on the 1975 Rolls Camargue in a slimmer form. Wide whitewalls were not on the original car.

Hoping to duplicate the success of its attractive interpretation of a 1964 230SL, Pininfarina chose the ’60s greatest sedan, the 300SEL 6.3, for another fling at improving one of MB’s finest.

Like the 1955 300B coupe, this exercise would again attempt to create a stylish coupe out of a large sedan, an endeavor few design studios seem to be able to carry off with success. The combination of Mercedes’ greatest sedan and the world’s renowned automotive design studio seemed a good recipe for success but PF’s styling staff ended up marrying the nose of Ford’s 1965 Galaxie to the tail of Rolls Royce’s upcoming Camargue. It was an unhappy marriage.

Inspired by Ford’s 1965 Galaxie? Pininfarina’s studio image reveals the the car as initially finished. How could the same firm that had recently created the Ferrari Daytona AND the 246 Dino create this?

A face to forget

While the result looked more like something we would have expected from Frua at that time, this new 6.3 coupe presented a shape that was hard to stomach, particularly when compared to the just released 280SE 3.5 coupe. Mercedes’ styling staff must have been aghast upon seeing the Italian coupe for the first time.

The nose was particularly jarring and featured a grille more suitable for MB’s truck division. With the exception of the dash board, the PF coupe’s interior was entirely new and sumptuously finished with high back seats – also similar to the 1975 Rolls Camargue – and beautifully trimmed door panels and headliner. This one-off failed to impress but is certainly a very collectible 6.3. 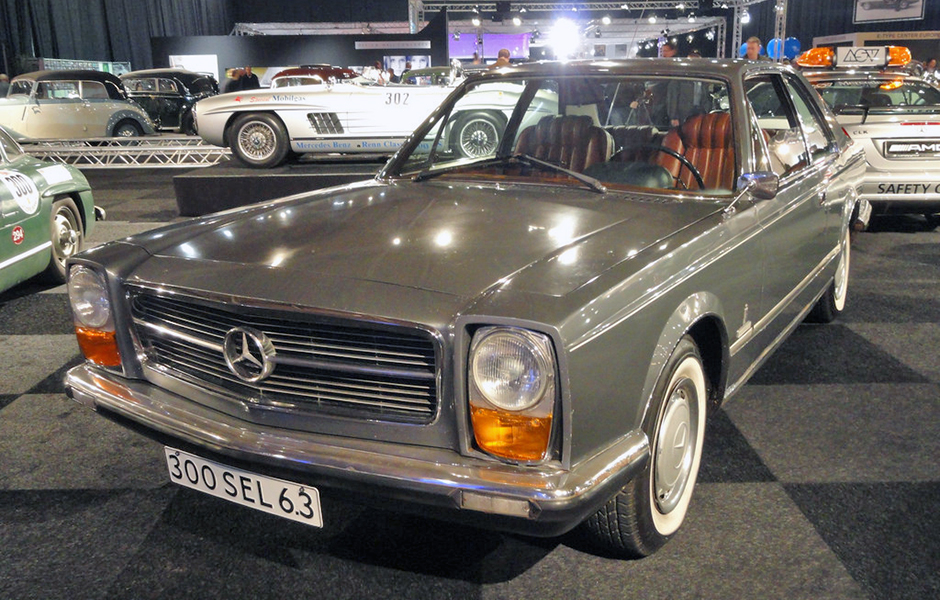