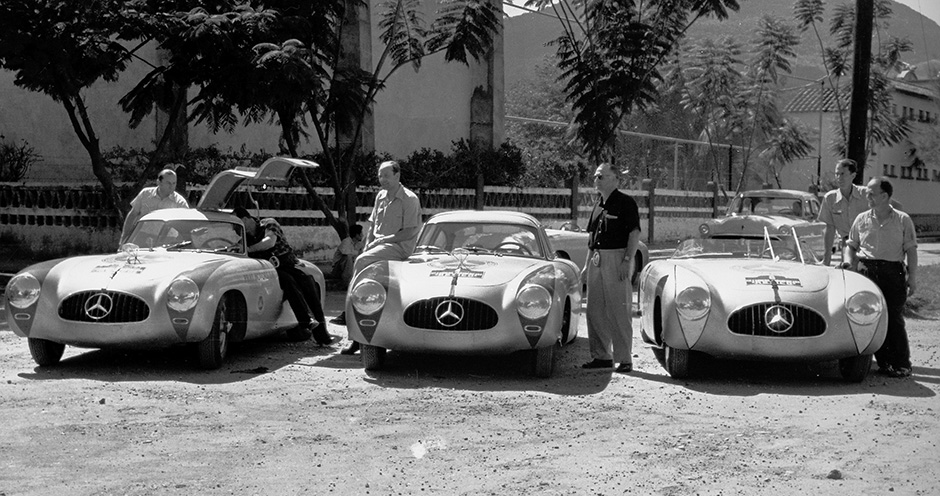 John Cooper Fitch
A Life Dedicated to the Automobile

American racing driver John Cooper Fitch has died at the age of 95. Fitch passed away on October 31st, 2012 at his home in Connecticut. Fitch devoted his life to the automobile and to motorsports. Fitch’s first race for Mercedes-Benz was in the grueling Carrera Panamericana where he drove the legendary 300 SL racing sports car (W 194) across Mexico. At the time, Fitch was considered one of the best in his field. In April 1952 Auto magazine named him as “One of the small handful of top drivers in the US”. 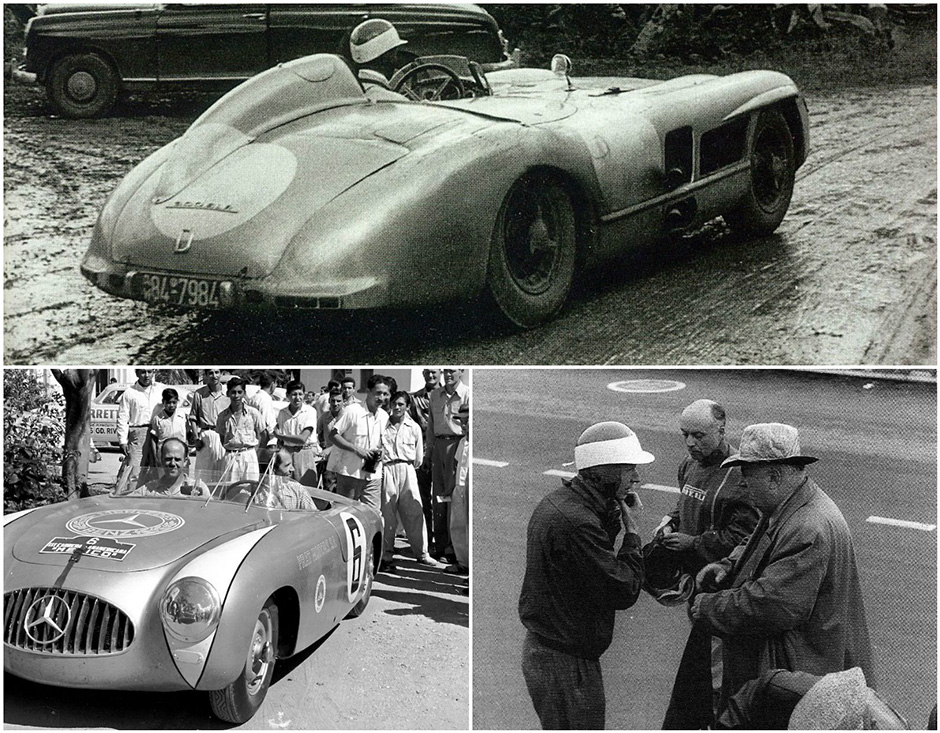 Clockwise from top: Fitch on a muddy reconnaissance drive in a plated unnumbered 300SLR roadster. Conferring with MB racing team manager Alfred Neubauer at Le Mans. And at the wheel of a W194 300SL roadster. 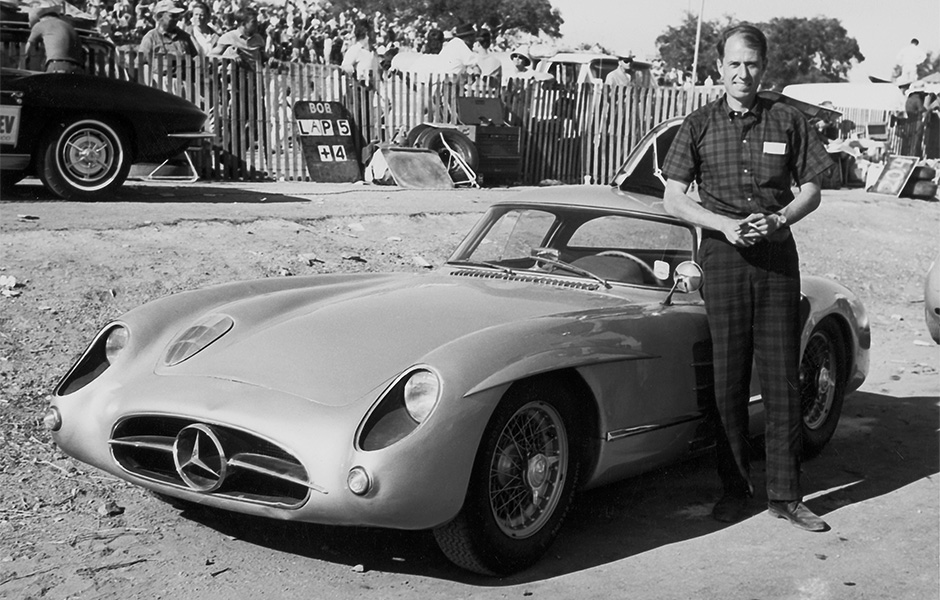 A natty Fitch poses with one of the 300SLR ‘Uhlenhaut coupes’ at Laguna Seca late 1962.

Class Victory in the 1955 Mille Miglia

In the 1955 Mille Miglia Fitch achieved his great triumph for Mercedes-Benz. Driving his black Mercedes-Benz 300 SL (W 198) with the starting number 417 Fitch took the class victory as well as the fifth place in the overall classification Later that year Fitch was invited to take part in the 24 Hours of Le Mans at the wheel of a 300 SLR. His co-driver Pierre Levegh died in a tragic accident at the race. Fitch’s last race for Mercedes-Benz was the 1955 Targa Florio in Sicily where Fitch crossed the finish line in fourth

Trained as an engineer, Fitch’s established contact with the European motor racing scene before the outbreak of the Second World War. He served in the war with the US Air Force and in 1948 he opened a dealership selling sports cars. He also began to participate in motor racing and in 1949 entered his first sports car race with a MG TC, finishing in fifth place. After his retirement from professional racing he worked in automotive engineering. Influenced by the 1955 crash Fitch focused on vehicle safety. One of his greatest accomplishments was the “Fitch Barrier” an impact-absorbing barrier made up of plastic containers filled with sand or water, to absorb the effect of accidents at motorway exits. 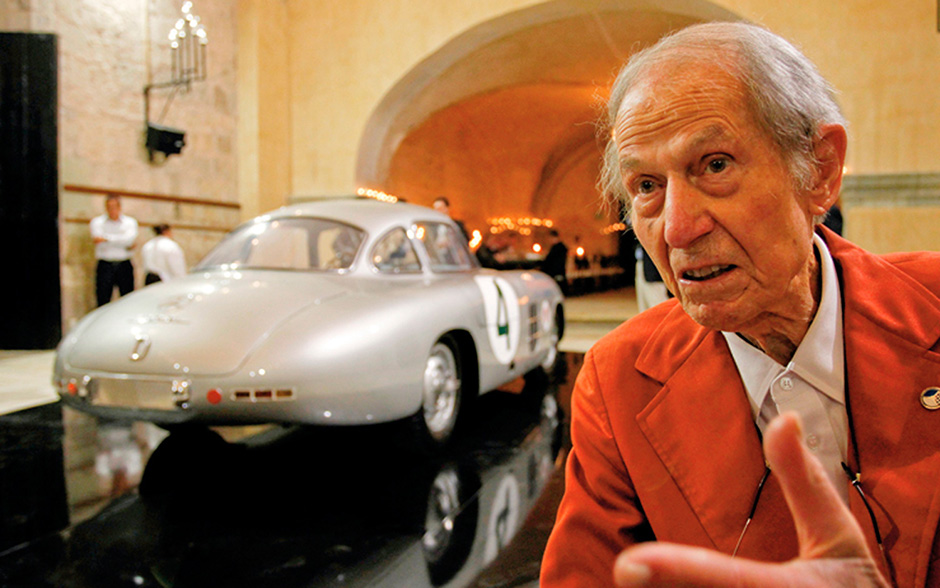