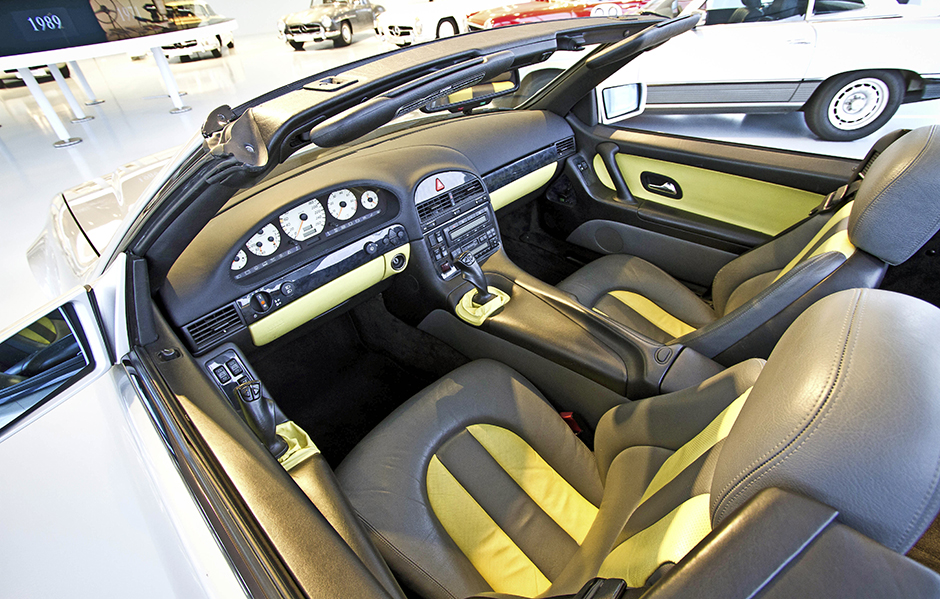 Something is missing here. A 129 series SL was used to test a drive-by-wire system with side-sticks for steering, accelerator and brake, developed from the then DaimlerChrysler research department. Installing the ‘side-sticks’ on both sides of the driver’s seat accommodates both left and right handed pilots.

A unique SL500 produced by Mercedes in 1998 received minimal exposure and even less comment, quite likely due being considered a fanciful exercise with little practical use. A casual glance at this brilliant silver SL revealed attractive two-piece monobloc alloys, xenon headlamps – nothing particularly unusual. Unless you peered into the interior. Missing from the zingy two tone charcoal/canary yellow interior were pedals and a steering wheel. Curious. 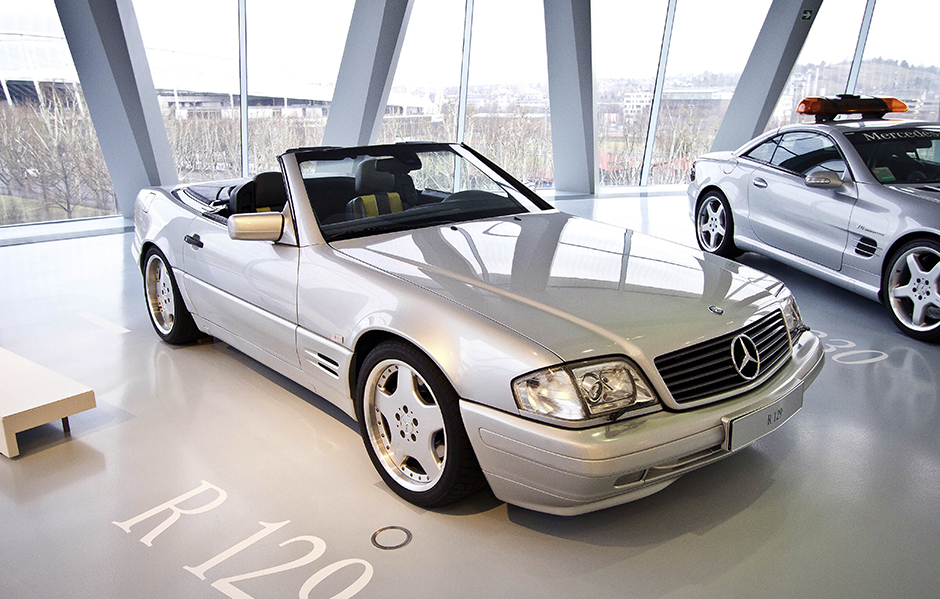 At issue here were reaction times required for a driver to react to a road situation and the vehicle’s mechanical reaction time once the driver had in fact initiated input to a pedal or the steering wheel. Mercedes’ solution was referred as HMI or Human-Machine Interface. The aim was ‘revolutionizing the interface between driver and vehicle.’ Sound familiar?

The twin ‘side sticks’ enabled all the dynamic driving inputs to be controlled via stick movement and miscellaneous buttons on each stick. MB also noted ‘the system consisting of sensors and actuators that reads the control signals given by the driver, evaluates them electronically, and then transmits them to the relevant vehicle components.’ In addition to steering/throttle input being processed in a more immediate manner, Mercedes also touted improved driver comfort.

But I can’t help but thinking that Mercedes in fact had developed the ideal interface for drivers with no use of their legs or no legs at all. Alex Zanardi, the ebullient double Indy Car champion who lost both legs in a horrific crash in 2001 at the EuroSpeedway in Lausitz, Germany comes to mind as an ideal user. 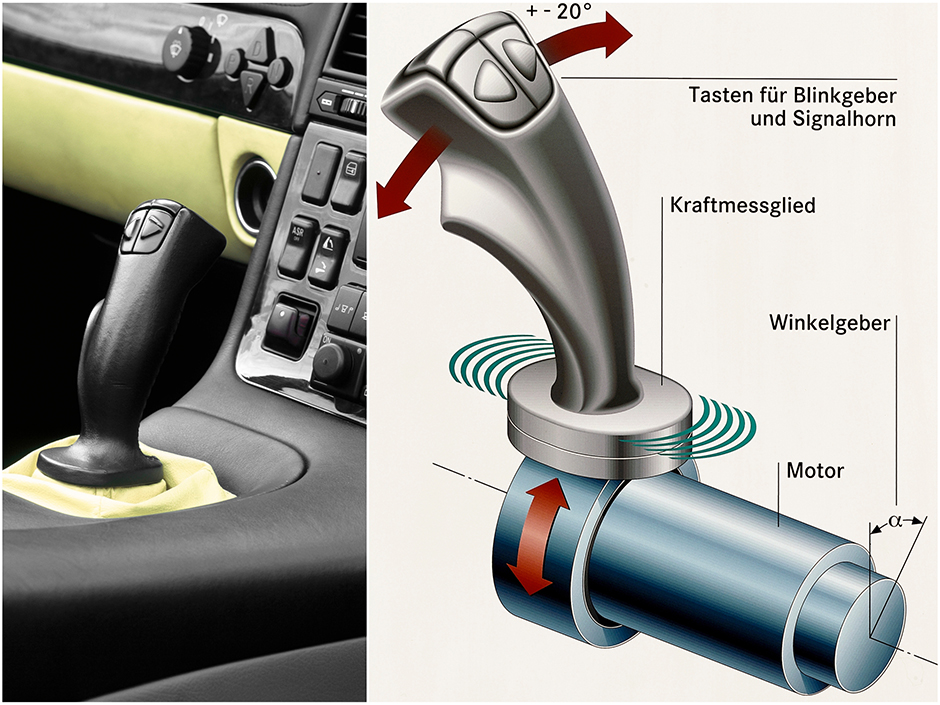 The two ‘side-sticks’ control steering input via up to 20 degree movement side to side from center and acceleration/braking is controlled by fore/aft pressure against the stick’s fixed resistance in that plane. I suppose today’s experienced gamer would also master the system in no time.

Still burdened by the weak link: a driver

Thinking about this car in the context of today’s inexorable push for reliable driver-less cars is revealing. MB’s engineers were certainly on to something but in hindsight their HMI technology was a crude workaround to address the weakest link in the motoring equation: you and me sitting in the driver’s seat. Seems today that our time at the controls is inexorably running out. 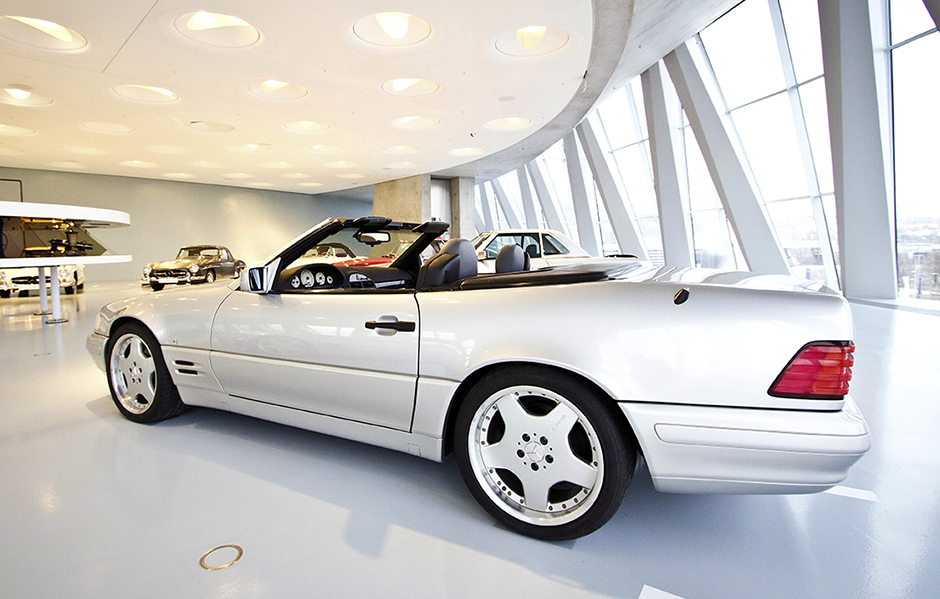 What happened to the steering wheel?