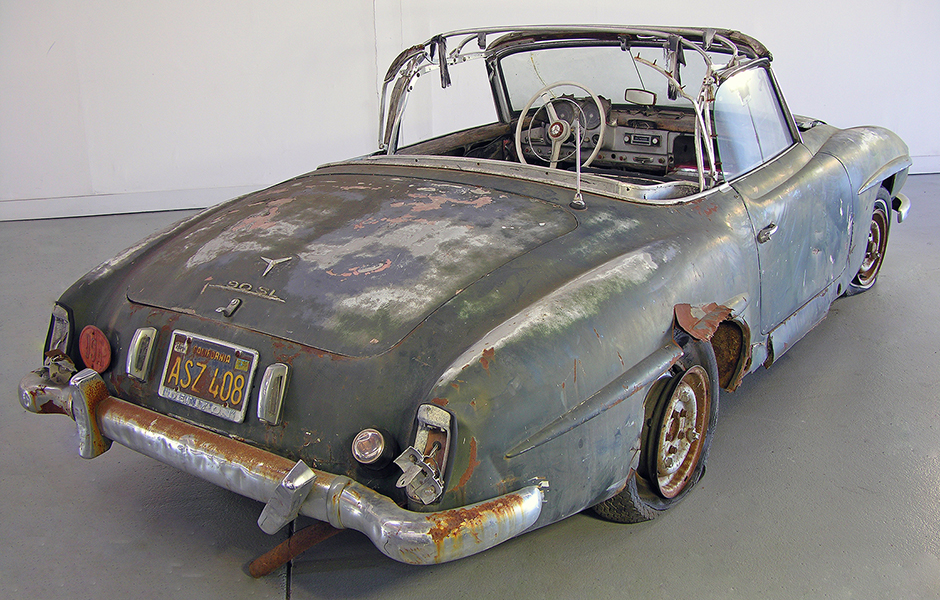 Distressed Icon
Rescuing yet another 190SL

It’s been over 55 years since the last 190SL, serial number 25805, rolled of the assembly line on Tuesday December 18, 1962. With a total production of 25,881 units you would think that six decades of searching by enthusiasts would have uncovered all the 190SLs that survived the vicissitudes exacted by their often neglectful owners.

“This brutally ravaged 1956 190SL had been resting barely 5 minutes south of my office.”

When values soared over the five year period from 2010-2015, the rush was on to bring long hidden cars to market by vendors and private owners alike. Rising prices during that era finally provided adequate potential value to allow owners to justify restoring the cars. And so most of the motley SLs languishing in barns, bushes and garages emerged and were restored to various levels and returned to the road. But not all of them… 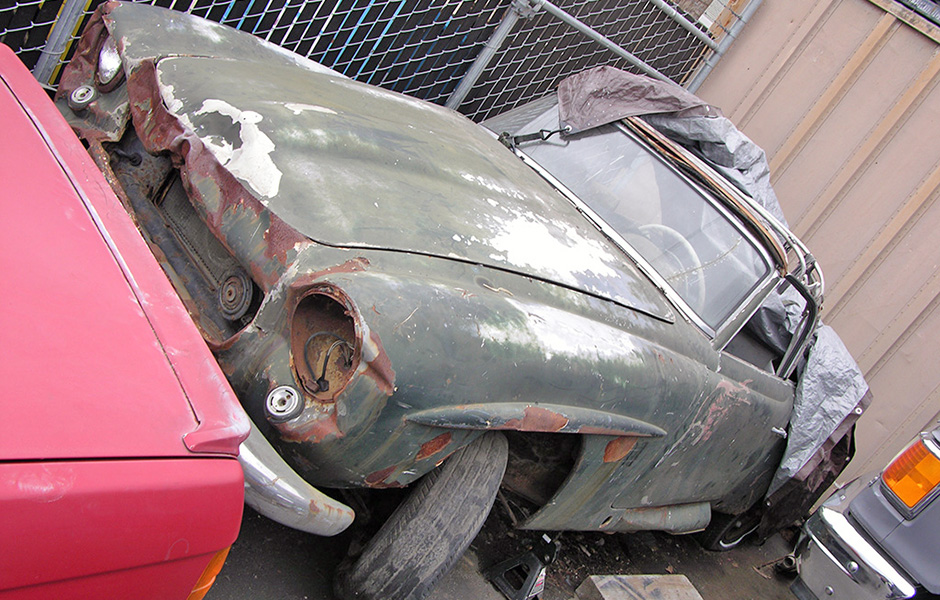 Abandoned and ready to be liened and sold to oblivion. Brutally neglected 190SL will be saved.

We never know what hides behind fences, under houses and in tattered storage lots. This brutally ravaged 1956 190SL had been resting barely 5 minutes south of my office…for over 20 years. I’d driven past the facility hundreds of times during that time and only found the car via a tip from a lien sale specialist handling a massive hoard of abandoned cars. Among the vast collection of future scrap metal sat this SL, a black plate long-time California car. 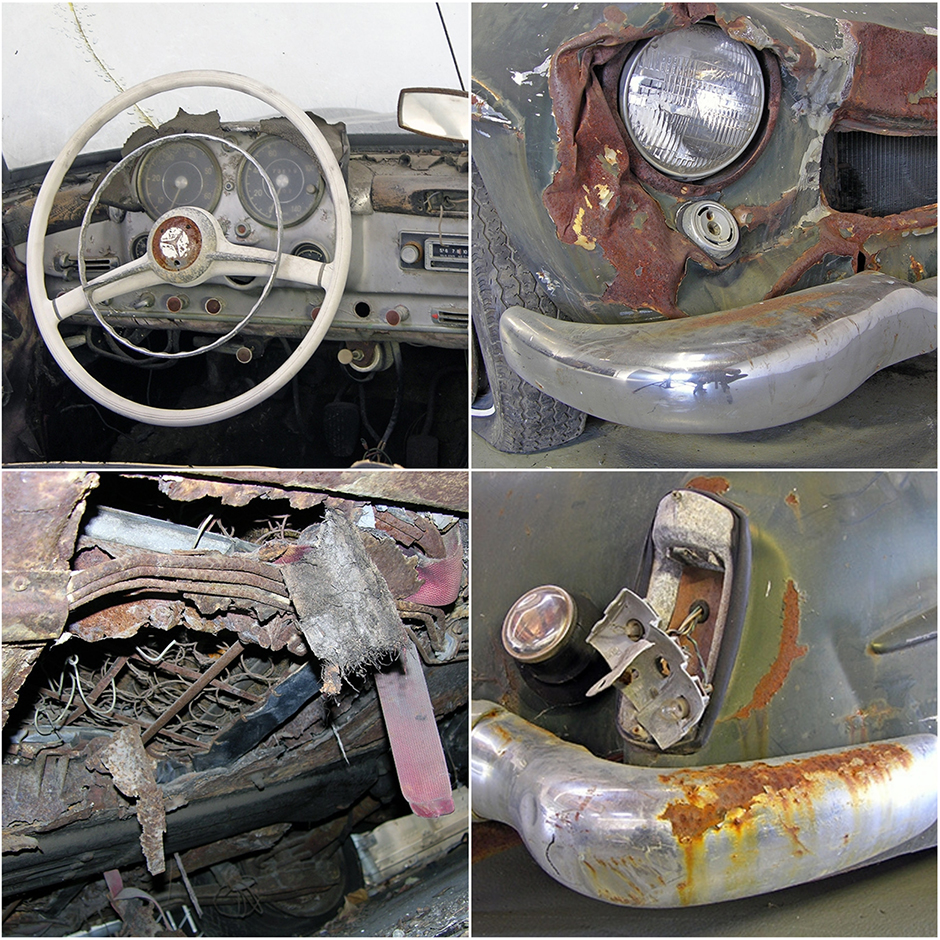 Beyond repair? Absolutely not. Black plate CA car will rise again after a daunting restoration.

After extricating the car I was able to carefully inspect the structure and thankfully found all the ID tags and stamps that enabled me once again title the car  in California. While it’s quite likely the worst 190SL I’ve bought in 27 years of business, I can happily say it’s now heading back to Germany and is destined to return to the road close to where it was born.