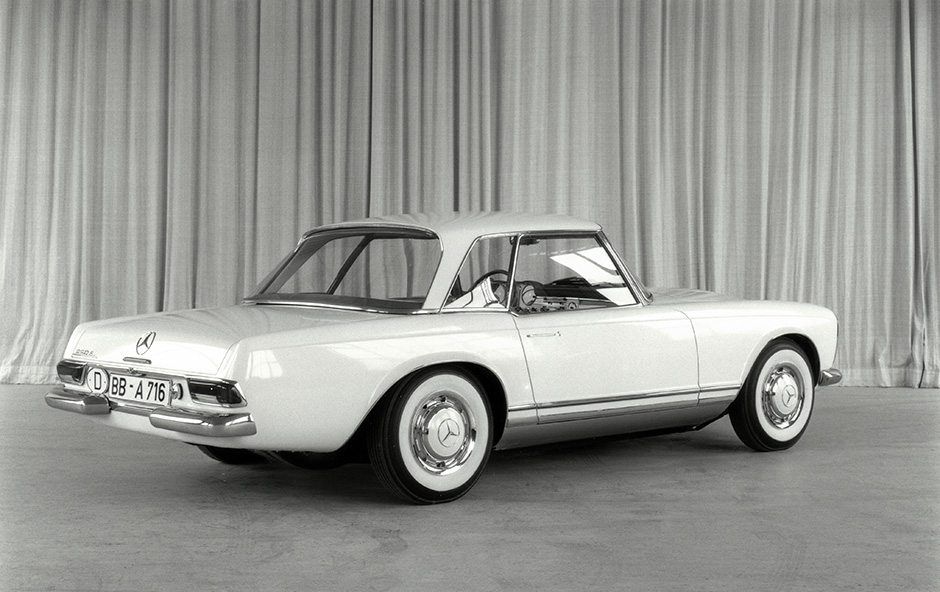 This early design exercise looks fairly rakish but not entirely consistent from a design standpoint. We see the struggle between design elements rooted in the ’50s – roof curvature, sloping upper door line – and sharper more modern elements such as the horizontal crease running the length of the coachwork. Note the 300SL door handles and 13″ wheels right off a 220SE ponton. At this stage the new SL was badged as a 220SL. This would soon change.

An SL for the swinging ’60s
The Pagoda emerges

The brief in 1959 was to replace the essentially irreplaceable 300SL and the charming but listless 190SL with a sports car combining new levels of refinement, agility and performance. It was a tall order for the Daimler Benz design team led by Rudloph Uhlenhaut, Daimler’s multi-talented technical chief. The new SL would feature six cylinders, fuel injection and use a number of mechanical systems already in production.

Did the new SL handle? Quite well in fact, particularly in the right hands. 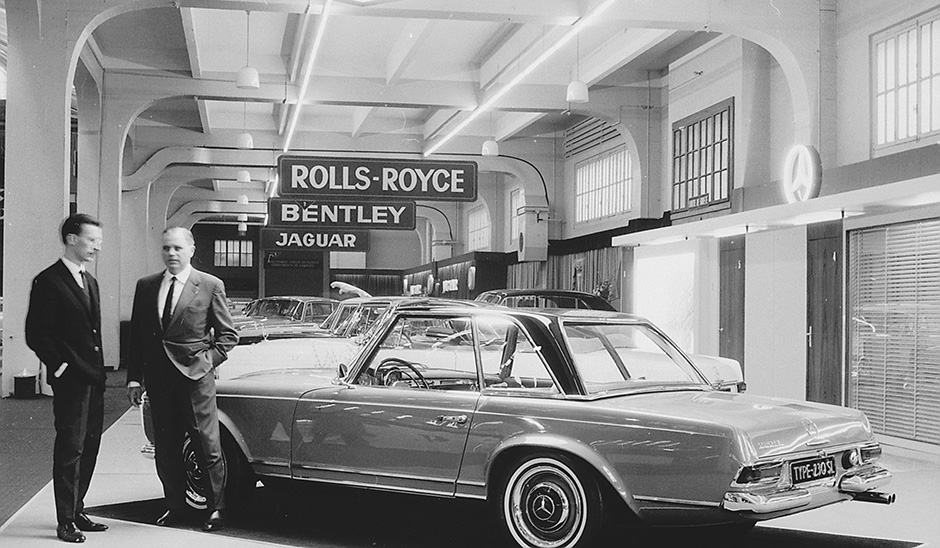 A design for the ages: The new “Pagoda” debuts at the Geneva Salon in March 1963. Design and structural safety collaborators Bela Barenyi (r) and Paul Bracq (l) stand proudly in front their creation. This shape was drawn by Bracq in April 1960 and quickly be approved by the board of directors for production. Harmony had been achieved and the modern understated shape endures today.

Off -the- shelf underpinnings

Known for its pragmatic approach to sports models – the Gullwing’s mechanical DNA arose from the 1951 300 sedan – Mercedes-Benz utilized the W111 sedan series engine and suspension systems as the basis for the new SL’s mechanical specification. In fact, the new SL was initially destined to receive the 220SE’s engine and be badged as a 220SL with an output of barely 14 additional horsepower over the 4 cylinder 190SL. This was hardly the powerplant for a proper sports car. After a 2mm overbore, a compression ratio increase and better cylinder head breathing via larger valves, the 220SL thankfully became the 230SL producing a respectable 150hp.

The new SL borrowed the double wishbone front suspension layout fitted to the then-current 110/111/112 sedans but with revised spring rates. The low pivot rear axle also was based on the sedan unit but with the addition of a transverse compensator spring over the differential to compensate for load changes. Did the new SL handle? Quite well in fact, particularly in the right hands. 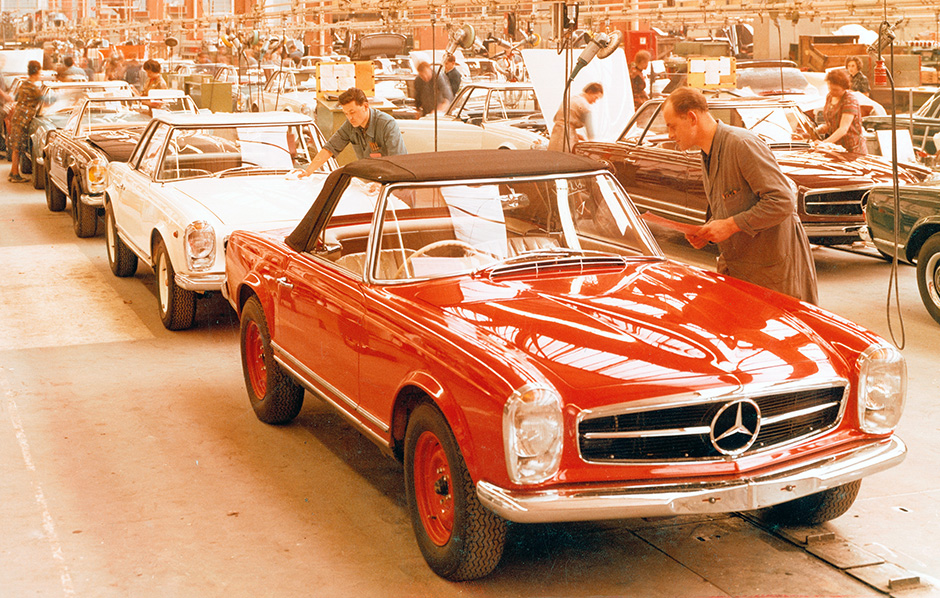 Success on and off the track

Despite poorly matched gear ratios in the 4-spd manual transmission, infuriatingly low final drive ratios for US models and discs fitted only up front, the new SL did succeed as a sports car – and as a race car. Factory MB drivers Erich Bohringer and Klaus Kaiser triumphed in the grueling 1963 Spa-Sofia-Liege rally.

Improvements continued with an increase in engine capacity and the addition of rear disc brakes coming with the short lived 250SL in late 1966. Refinements and revisions were consistent over the Pagoda’s lifetime and the final iteration arrived in 1968 as the 170hp 280SL. Heavier, slightly more opulent inside and beginning to age, the 280SL ended the Pagoda’s rein as the chic boulevard cruiser to aspire to.

Looming US smog and active safety requirements killed the lithe Pagoda and ushered in the ’70s, a lackluster decade of indifferent designs generally equipped with anemic emissions compliant engines. Mercedes coped but one could argue that the classic era ended in 1971 with the Pagoda’s demise. 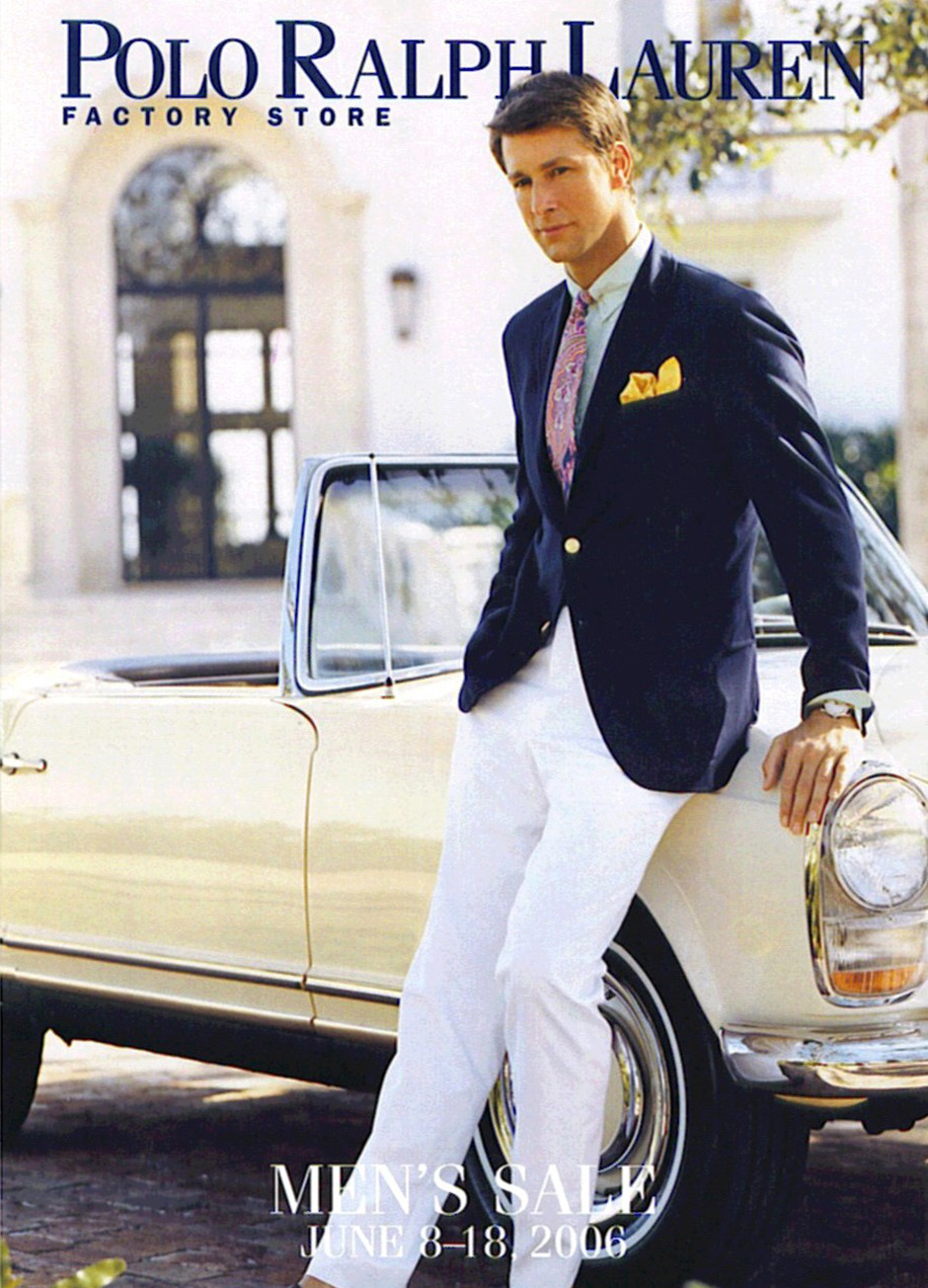 The Pagoda’s design has endured, however, and within a decade of its demise it became a sought after classic. Savvy marketing experts recognize the Pagoda’s value today as a classic, timeless, design with which to associate their products.