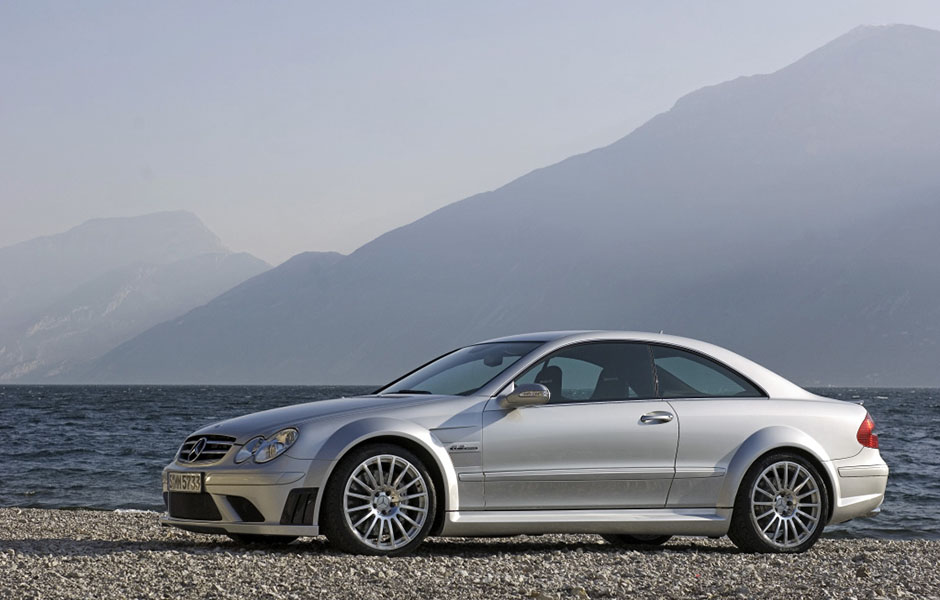 The pugnacious 2007 Mercedes AMG CLK63 Black Series was not the first edition of a growing series of hard edged derivatives taken from MBs production lineup. In fact, the first ‘Black Series’ model was a 400 HP 2006 SLK 55 that AMG introduced mid-2006, a model never imported to the US.

We had to wait until mid-2007 when the 507 HP CLK63 Black Series became available for about $135k at you local Mercedes dealer. This streetable track day car – or should I say trackable street car? – was the hard edged coupe clients had been asking for after MB released the CLK63 cabriolet, a far more civilized model. And what a car they received.

Oddly, demand was tepid and our car was sold to a local client with no profit. Prices have declined in the intervening 12 years to roughly 50% of the car’s original MSRP. 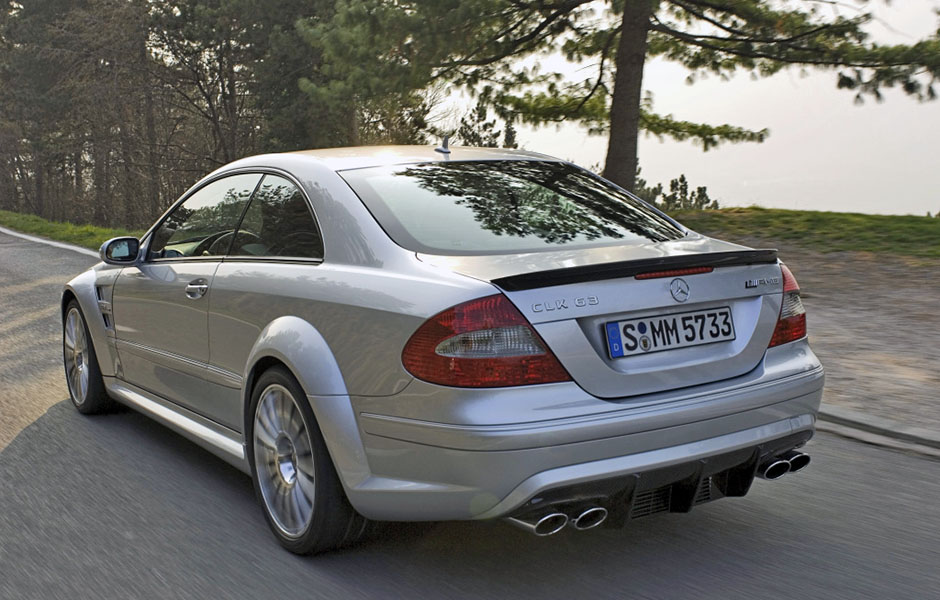 Inspired but their F1 pace car at the time, AMG’s team transformed the somewhat generic looking CLK coupe into a bellowing street fighter with just enough refinement to be tolerable as a touring candidate. Power rose to 507 HP, larger cross-drilled brakes were added and the unit body’s rigidity was substantially increased by adding stiffening braces to the shock towers, front body sections and the trunk. Front track was increased a full 3 inches over the standard CLK63 cabriolet and the rear track grew by 2.6 inches.

Cosmetic modifications included a prominent front apron, a rear diffuser and beautifully aggressive fender flares integrated with widened lower rocker panels. And a low spoiler on the deck lid. Adding 265 and 285 series tires mounted on beautiful 19″ multi-spoke wheels completed a look which I find to be a satisfying blend of pure aggression and understated refinement. 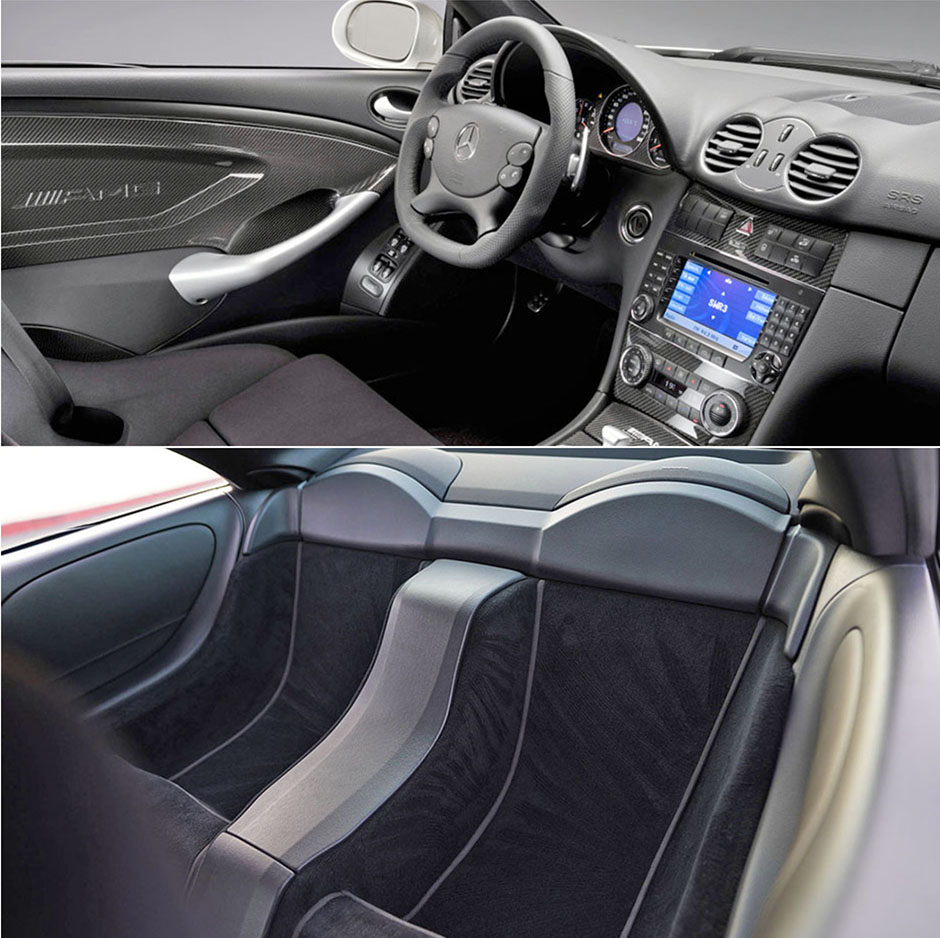 If you were able to find enough room and muster adequate courage, the AMG CLK63 Black Series could lunge from 0 mph to 150 mph in just 23.1 seconds. And touring @ 80 mph required just 2,200 rpm with the 7G-Tronic automatic in 7th gear. Not a bad compromise but you were able to share the experience with but one passenger; AMG ditched the back seat to save weight.

Colors and production were very limited. Only 350 were made available to the US at about $135k and one had to choose from black, arctic whit, iridium silver and mars red. When new, the promised low production prompted speculators to try to capitalize on the expected demand/low production.

A partner of mine did just that and we had a new black 2007 for a short period of time. I remember the particularly harsh ride – understandable given the way the car was constructed – but loved the dynamics…and the noise! Oddly, demand was tepid and our car was sold to a local client with no profit. Prices have declined in the intervening 12 years to roughly 50% of the car’s original MSRP.

Frankly, I can’t think of a more interesting young AMG classic to own for $60k-$70k: very low production, the first US ‘Black Series’ model and a satisfying thug with a modicum of refinement. Could today be the bottom of CLK63 Black Series pricing? Just maybe… 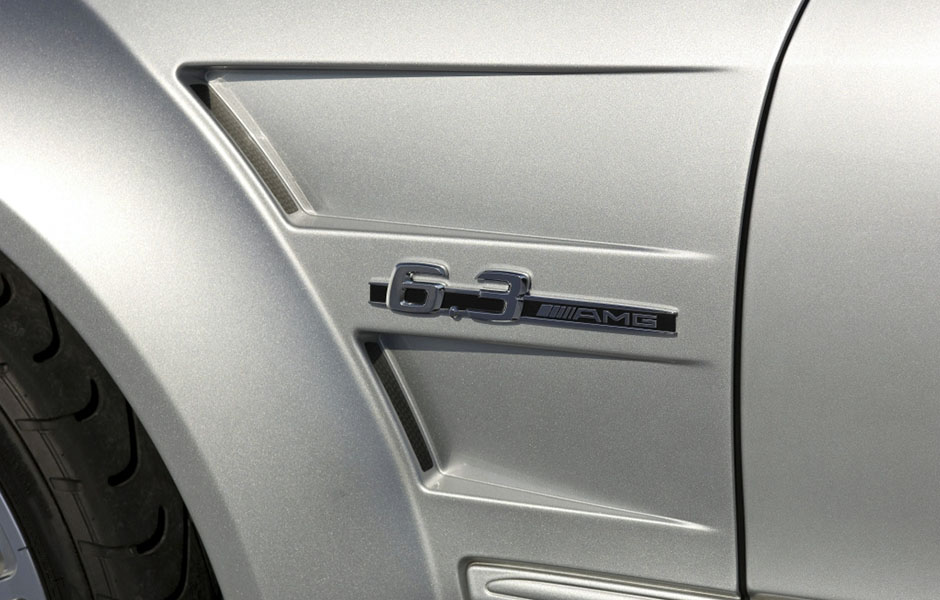