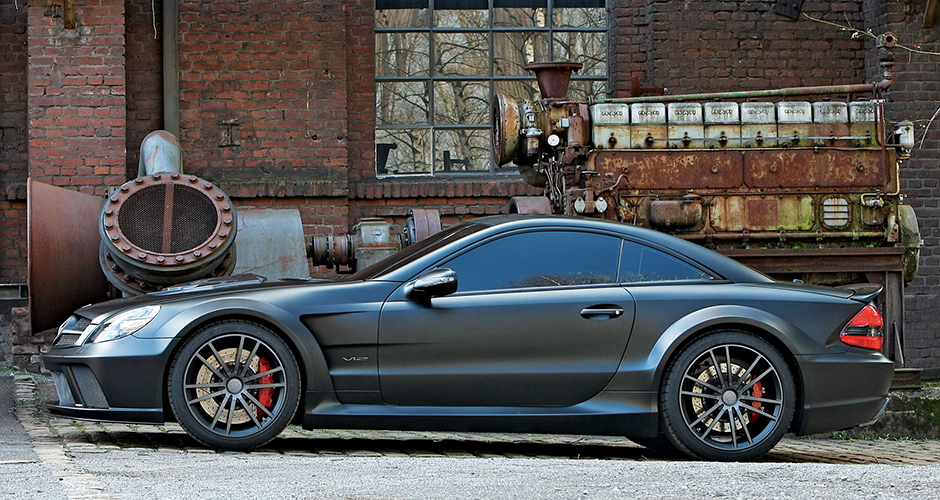 When 661hp is inadequate
Brabus tweaks the SL65 Black Series

When is enough enough? Apparently never in the world of one-off ‘tuner’ supercars. While Brabus has been constructing over-the-top (and to many, pointless) ultra-high speed road cars since 1977, they must have a following for their creations: A lack of demand voids the need to create more 200 mph road cars.

Their latest performance upgrade kit for Mercedes-Benz is pointed at the wealthy SL65 owner who feels disappointed at the paltry performance figures returned by their ‘standard’ SL65 Black Edition: 0-100km/hr in 3.8 sec and top speed of 198 mph. Right, these are simply pathetic figures. 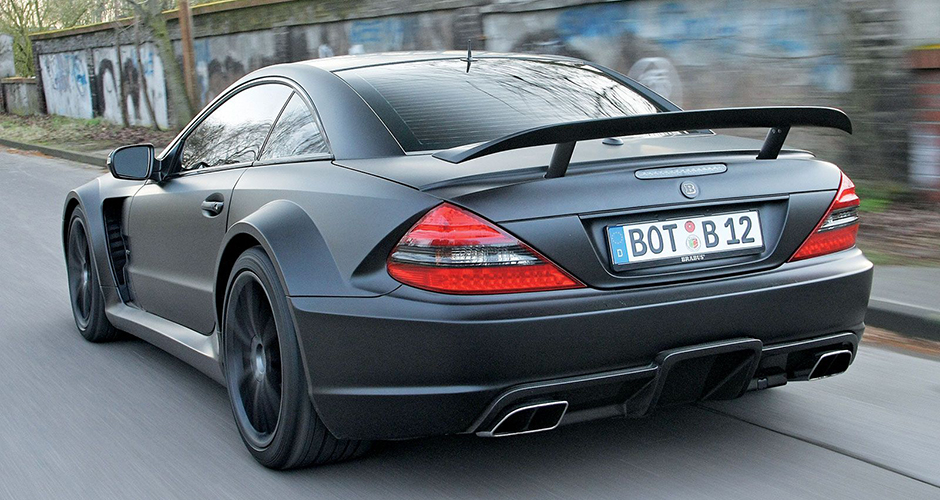 Rear view reminiscent of Trans Am cars from the late ’80s. We do like the paint and wheel treatment if not the exercise as a whole. There were only 350 SL65 Black Editions constructed and more than a few have been modified further, often for serious gearheads in the Middle East. 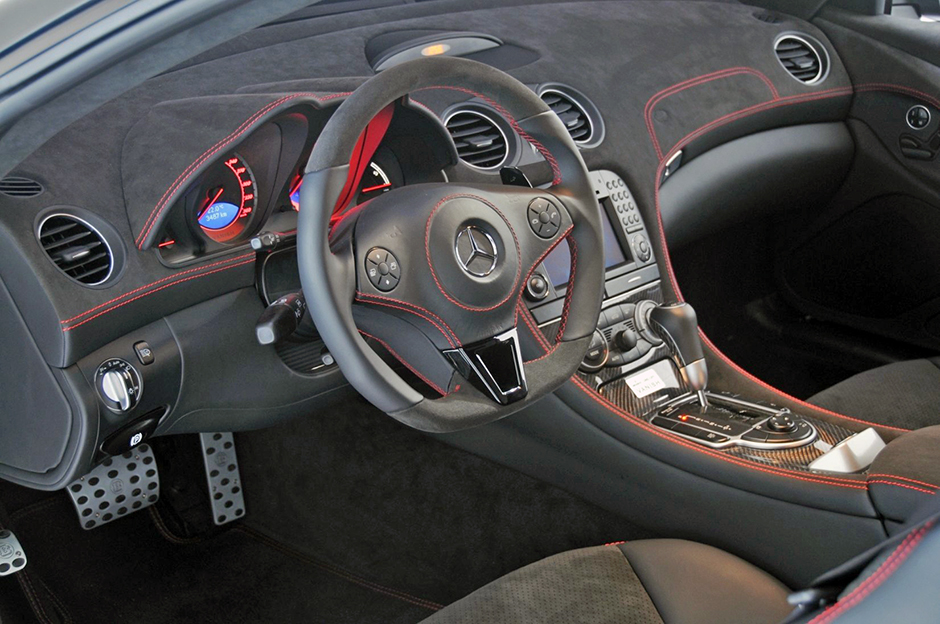 These packages have found their way into a few Black Editions is Dubai, creating bespoke SLs whose owners felt compelled to rename. There is the black ‘Vanish’ shown above and a’Stealth’ version as well.

It’s really not necessary to take these cars seriously but rather to appreciate them as conversation pieces and examples of what Brabus is capable of. The massive PR these few modified “Black” SLs generate – a process in which I’m a willing participant – will focus Mercedes-Benz enthusiasts on the massive catalog of highly engineered practical and not so practical upgrades from Brabus. Have a look at their website for yourself. 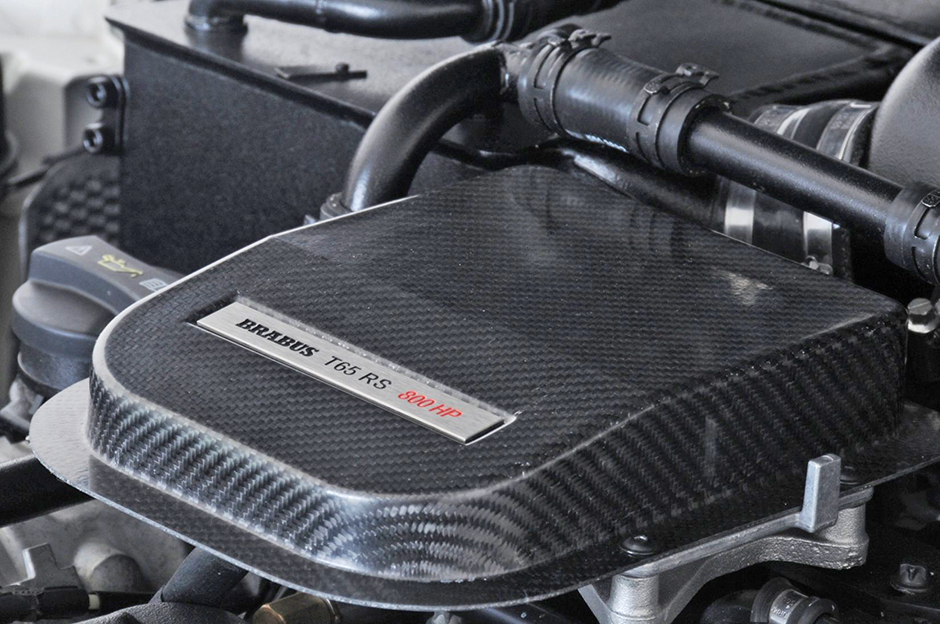 The already outrageous SL65 Black Series output of 661 HP becomes an otherworldly 800 HP after Brabus finishes re-engineering the drivetrain. Do we really need this car?