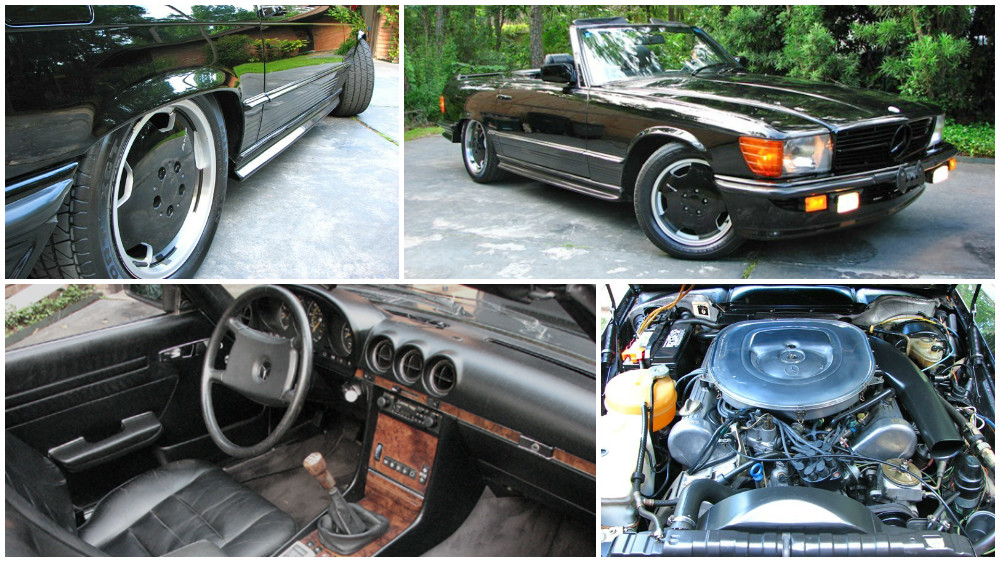 One serious 500SL. We can see the lowered ride height, monoblock AMG alloys, full body kit and all brightwork blacked out.

With AMG now owned by Mercedes-Benz, we tend to forget the earlier days at AMG when Hans Werner Alfrecht and Eberhard Melcher performed their magic on individual cars as per a client’s particular tastes. While today we simply stroll into our local Mercedes dealer to evaluate and buy an AMG model, this was not the case 25 years ago.

In the early ’80s AMG did not have the resources to certify its highly engineered products for the North American Market, forcing American enthusiasts to rely on the notorious “Grey Market” channels to obtain an SL that produced more power than the anemic 155hp offered by the US specification 380SL. Lured by the 240hp 500SL readily available in Europe, thousands of US customers purchased stock 500SLs via various importers. Some of the more discriminating customers opted for an AMG modified 500SL, at that time a very rare car in the US.

One such customer was Jay Levitt, a wealthy automobile enthusiast living in Naples, Florida. Mr. Levitt ordered the car you see above, a highly optioned AMG 1983 500SL, in April 1983. During the conversion process he received a call from AMG wondering which type of gearbox he wished to have fitted. While 90% of AMG’s clients selected automatics, Mr. Levitt chose the $2,739 close ratio 5-speed manual gearbox, thereby creating an exceedingly rare SL.

For its day this SL was an extraordinary automobile, with a list of AMG modifications that raised its performance and handling well above a standard 500SL.

The original owner, Jay Levitt, put 44k miles on the car before deciding to sell in April of 2007 to SL enthusiast Brian Schneider. The car was and remains absolutely spotless, having been stored in a climate controlled garage during its time in Florida. It is the consummate example of AMG’s wares in the ’80s and today takes us back to the heady days of the grey market mania that brought to our shores the forbidden, European only, Lamborghini Countach and Ferrari Berlinetta Boxer. While not as exotic as these Italian 12 cylinders, this 1983 500SL AMG 5-speed is certainly one of the most exotic SLs ever constructed. 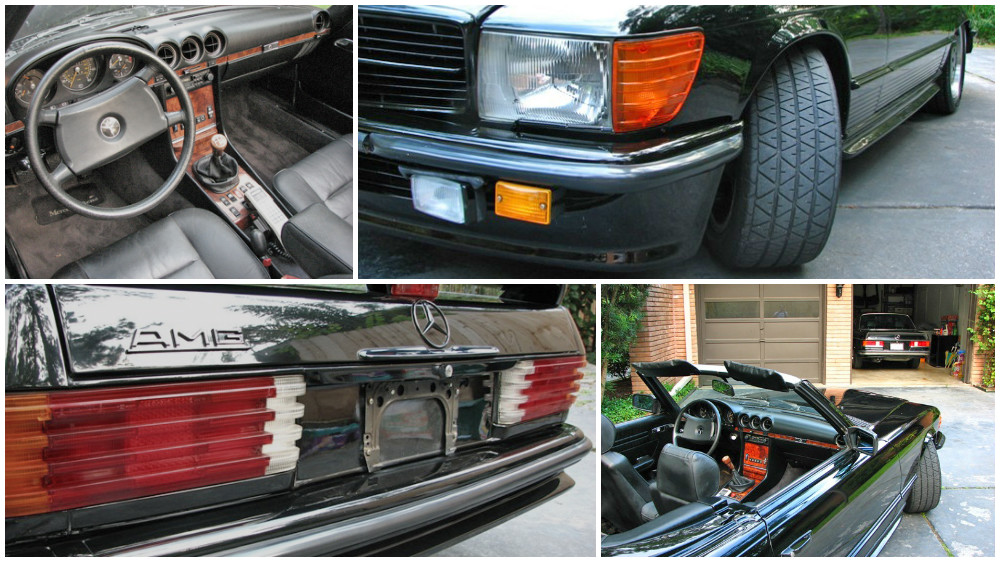