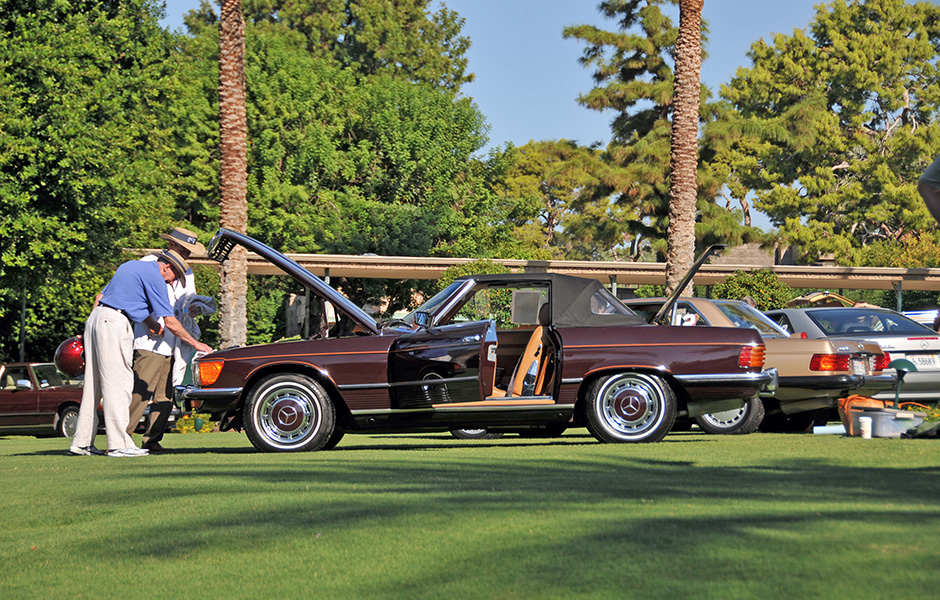 While enjoying dinner under the wonderfully rich architecture of the Frank Lloyd Wright designed Arizona Biltmore, I met a few Mercedes enthusiasts in town for the 2012 edition of MBCA’s Starfest. Each was equally proud of their Mercedes and was looking forward to Sunday’s show to be held on the grass surrounding the resort’s central fountains, the first time an automobile of any type has tread on the Biltmore’s pristine lawns.

And what did these two enthusiasts own? Slightly different ‘classics’ it turns out. One was lamenting the fact his 1958 190SL was not quite fit enough to have made the trip and the other was particularly proud to be part of Sunday’s show in his…2012 E350 Wagon, and a beautifully and extensively pinstriped example at that. Such is the diversity, appeal and sense of inclusion of the Mercedes-Benz Club of America. Every Mercedes-Benz owner is welcomed and allowed to share their pride of ownership, regardless of the era from which their Mercedes originated. 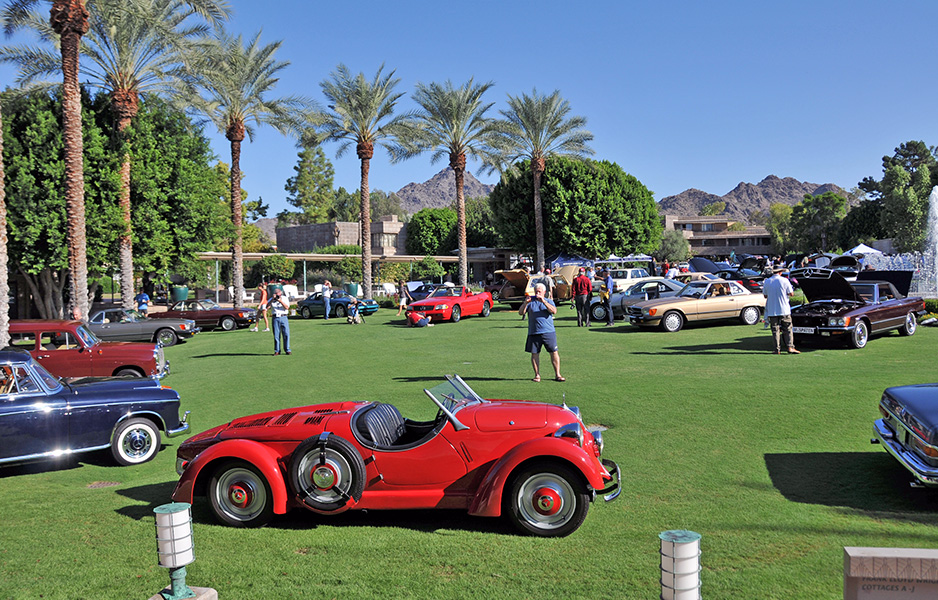 Cars on display ranged from the obligatory seven figure Gullwings to five figure 300SDs, gorgeous 280SLs, a nice selection of 129 series SLs, a ponton Binz wagon and much more. Mike Kunz and Tom Hanson from the MB Classic Center in Irvine, Ca kindly displayed their spectacular 27k kilometer 1969 600 SWB, a 1935 200 Cabriolet A and one of the quirky rear-engine 150 Sport Roadsters from the middle ’30s. Anyone entering the Biltmore was treated to a display on the front lawn that included the Classic Center’s 300SL roadster, restored 180D Ponton and restored 280SL among a selection of new products from the local MB dealer. Thank you Mercedes Classic.

Dr. Phil Lutfy displayed three cars, two gorgeous 220SE cabriolets and his stunning ex-MercedesHeritage.com 30k mile 1967 250SE cabriolet survivor. The Peter Thomas 194 Silver Arrow re-creation represented the first year of the 300SL this, the series’ 60th year of existence. The 129 series cars were well represented with among others, a 40th anniversary edition, and an example of the zany La Costa edition. 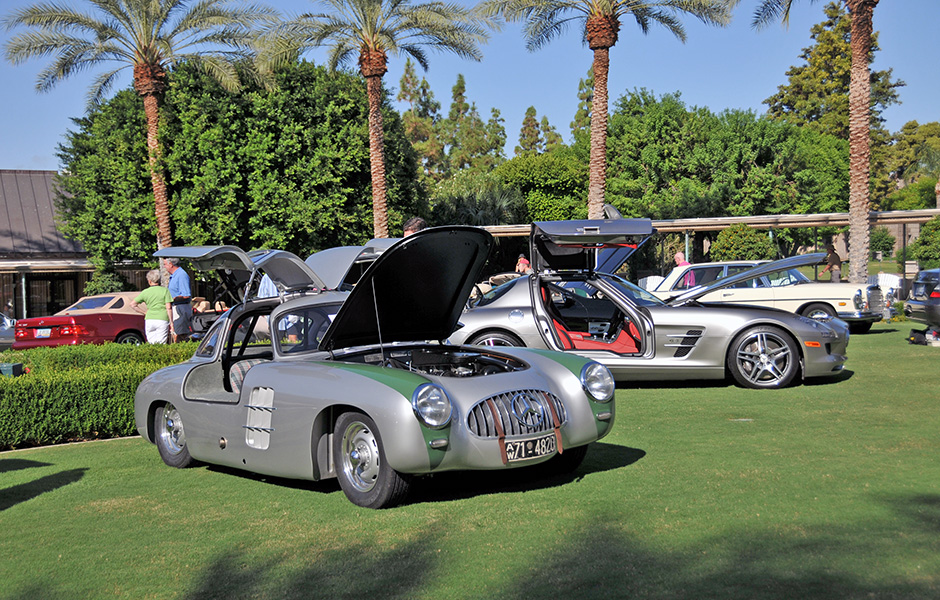 MBCA is about education as well and various seminars were held on technical issues. I caught Pierre Hedary lecturing on the many possible maladies the 108/109 sedans can serve up to unwitting owners. While I didn’t attend the track events Saturday at Firebird Raceway, I was told the proceedings went off safely in massive heat.

Starfest is a bi-annual event so we’ll have to wait until 2014 for the next edition. Startech is MBCA’s premier event for 2013 (May 18-22) and focuses on the technical side of Mercedes-Benz ownership. If you can imagine yourself enjoying your Mercedes-Benz, regardless of year or model, with other like minded individuals, do consider becoming a member of the MBCA. Click this LINK to learn all the great benefits of membership.