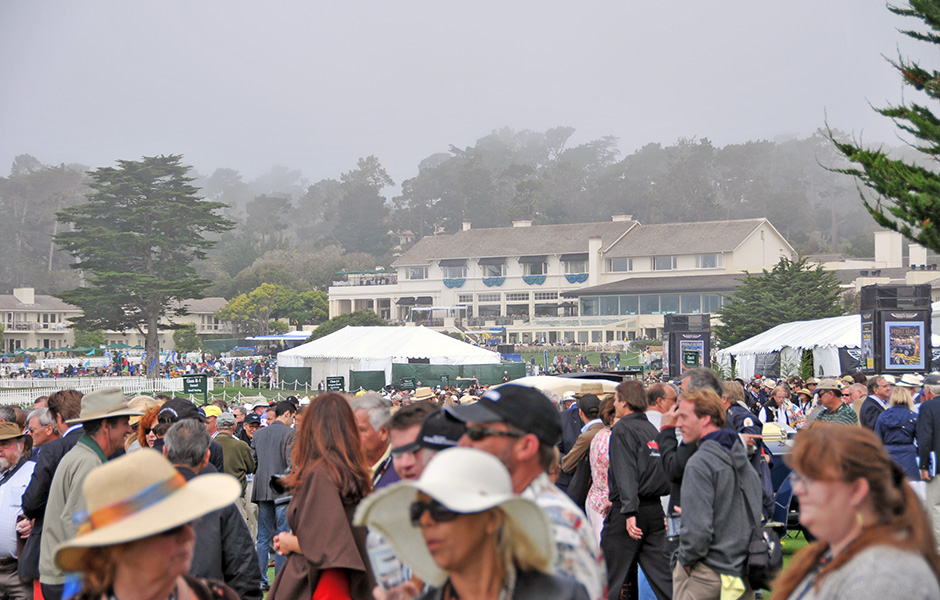 Typically shrouded in mist, the stately Del Monte Lodge serves as the impeccably tasteful hub for the Pebble Beach Concours. 2012 is the 62nd edition of what is still the world’s premier Concours d’Elegance.

Pebble Beach 2012
Mercedes-Benz on the lawn

You would be excused for thinking everything was under control as you looked over the rows of impeccably finished automobiles resting on Pebble Beach’s lush lawns while entrants quietly plucked single blades of grass from flawless tire treads. Adding to this illusion of placidity would be Pebble’s soothing music serenading one and all. Delving a little deeper into the scene often reveals anything but tranquility.

The story of Thomas Dudley’s epic effort to be on the lawn at Pebble Sunday in his recently finished 1938 Packard Derham Convertible Victoria is worth repeating. ‘Recently finished’ means Friday night August 17th at eleven pm in Moline, Illinois – barely 36 hours before they needed to be on the lawn at Pebble Beach in California. A non-stop 2,073 mile grind delivered them into the unloading area above the Del Monte Lodge at…6:15 Sunday morning. No problem.

One can feel a twinge of guilt walking the spectacular array of cars when reflecting on the fact that $250 has purchased the privilege to savor cars that have required back breaking labor, astronomical sums of money and years of commitment to create for our (and certainly their owner’s) pleasure. Pebble’s ticket price seems a pittance for this privilege.

As I wandered the greens in the early mist with Wayne Barnes, the curator of the 200+ car collection of San Francisco’s Academy of Art University, we narrowed the field to two best of show candidates – the 1937 Talbot Lago T150C Figoni & Falaschi Cabriolet and the 1928 Mercedes 680S Saoutchik Torpedo. Both had the all the qualities for a Pebble overall winner and we figured the judges would opt for one of these cars.

At the end of the day, the confetti rained down on the Paul Russell restored and first time shown 680S Saoutchik Torpedo. We present some images from Pebble 2012 below. 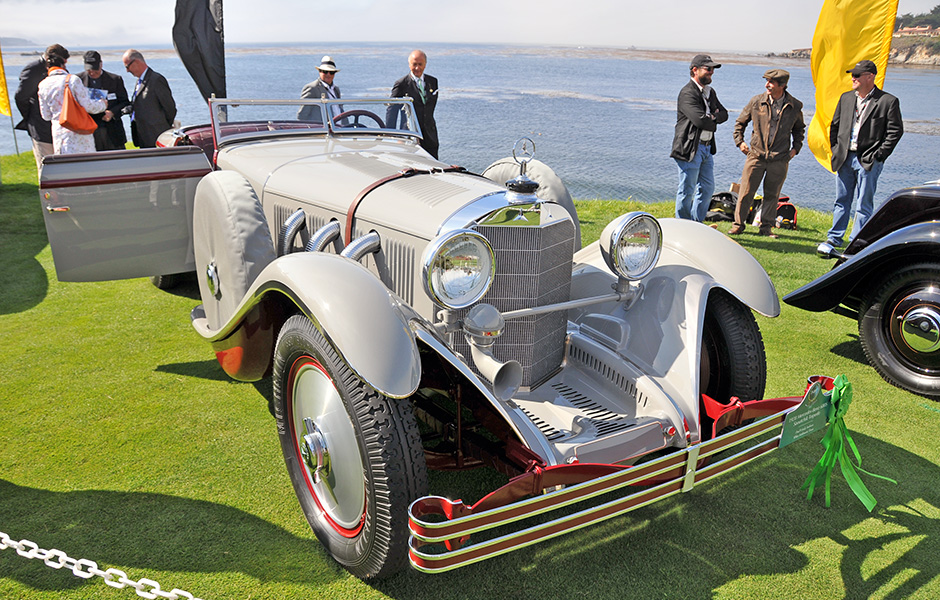 Best of show 2012: Paul and Judy Andrews’ 1928 680S Saoutchik Torpedo. This car did not dazzle at first glance in a quiet grey with uniformly red undercarriage. Interior trim consisted of scores of lizard skins stitched together in a coarse grain.