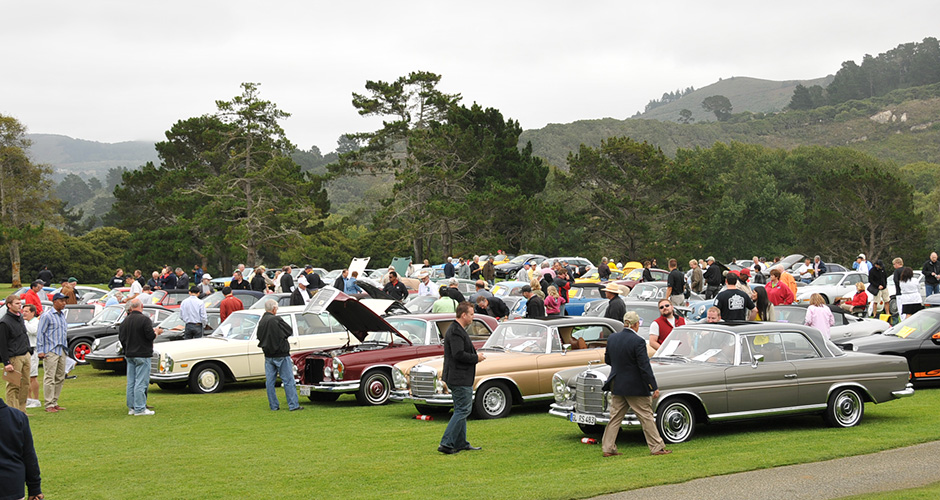 Now in its second year, the Legends of the Autobahn is gaining momentum. With strong support from the Mercedes-Benz Club of America, BMW CCA and the Porsche Club of America, this year’s event featured over 500 cars on display.

Gaining attention for a new event during the typically exhausting August Monterey week is an uphill battle. Event marketing begins earlier and earlier each year as promoters jostle for the attention and disposable income of the hoards of generally sophisticated enthusiasts that overwhelm the Peninsula each August.

Were it not for Sports Car Market magazine’s handy timeline guide, an Excel Worksheet would be required to keep track of the proceedings. I counted 18 events of moderate to high interest taking place from Monday the 15th through Sunday the 21st. Retirement seems to be the only sure fire way to try to take it all in.

This year’s Legends of the Autobahn celebration of quality German automobiles seems to be gaining some traction and the Mercedes-Benz presence was up this year with MBCA members providing about 100 cars. An event for car owners rather than spectators, Legends attracted 500 cars with strong support form BMW and Porsche. Factory BMW support was evident with the BMW Hommage 328 design exercise.

We had hoped to have our project 250SE 5-speed coupe to display but customer demands dictated we couldn’t ready our unique sunroof coupe in time. A lucky find in Santa Cruz on my way to Monterey Thursday(!) allowed me to swap my E-Class wagon for a spectacular 49k mile 1970 280SE sedan. It was no Gullwing but still a vintage MBZ with personality that I was proud to ease onto the grass among the acres of other cool Teutonic iron. I parked next to a new SLS Gullwing sadly covered with gouges after a serious episode of “keying.” 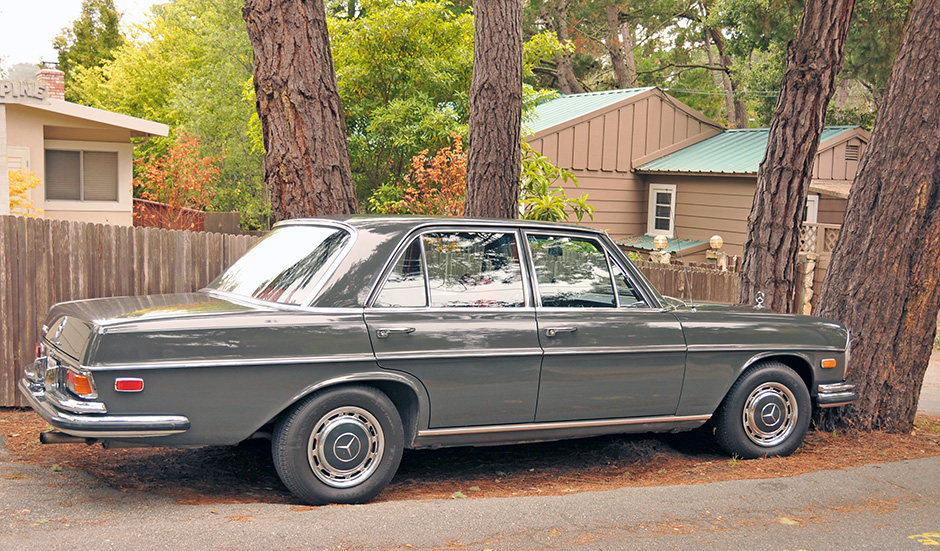 My driver for the week was purchased on my way to to Monterey! A superb Arabian grey/burgundy 280SE.